Celebrating our veterans: A look back at 'Homefront' stories in 2019

Craig McKee spotlights those who served and issues affecting them 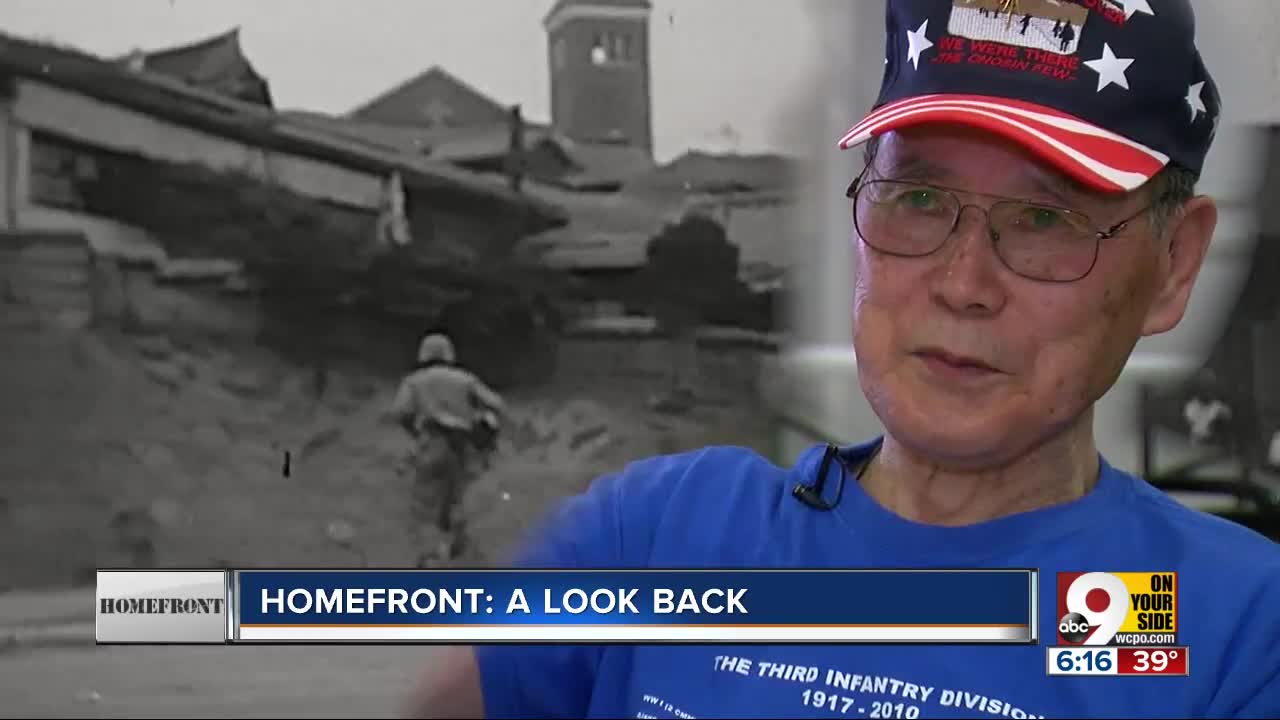 As we wind down another year, we close another chapter on Homefront. What a year it's been being able to tell the stories of area veterans and the organizations that support them. If you have a veteran-centered story in the new year email Homefront at wcpo.com.

CINCINNATI — As we wind down another year, we close another chapter on "Homefront."

What a year it's been being able to tell the stories of area veterans and the organizations that support them.

2019 was a year where nonprofits like The Barracks Project showed off their new headquarters and tore out walls for a free home to a future veteran.

We saw veterans doing push-ups to raise awareness about suicides and Vietnam veterans still fighting for benefitstied to the war.

Tuskegee Airman Leslie Edwards shared his incredible journey with me, only to say farewell months later.

There were families holding the flame for those deployed in Clermont County and others who wanted to show how much they cared for the service of those from the past.

There were vets with plush toys to ease the pain of deployment and a closer look at critical post-traumatic stress studies by Cincinnati-based doctors.

Korea war veterans recalled their heroic efforts and even escape from the north while a chainsaw and sheer determination meant a new cross for those who are no longer with us.

Small homes for veterans became a growing focus this year.

Some veterans became authors, and we discovered military uniforms and food made right here.

We focused on veteran homelessness and transgender health and a Donut Dolly named Judy Squire, who served for a year in the Vietnam War with no weapon – just love for those on the frontlines.

I grew closer to my great uncle on a B-17 journey and met Bob Doolan, who shared his own personal tale about being captured by the Luftwaffe.

From medical marijuana to a boot camp for kids, we witnessed rescued dogs serving veterans and healing through Shakespeare.

Then a valuable lesson toward the end of the year: a simple reminder to hold onto hope for a veteran's return home – even if it take 52 years.

Again, it's been an honor to share these stories this past year and I look forward to sharing so many more in 2020.

If you have a veteran-centered story, email homefront@wcpo.com.