Homeless veteran to get a tiny home for free this Saturday 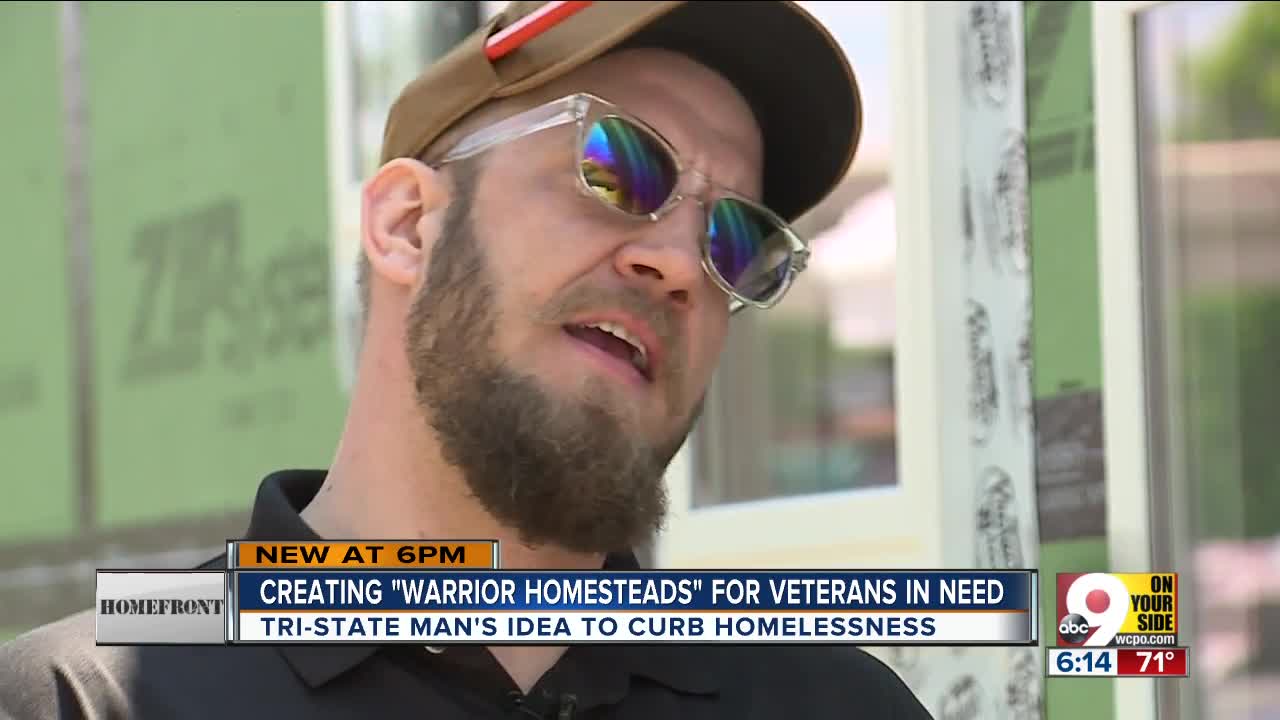 Glenn Grootegoed is giving away homes for free through his non-profit organization, Warrior Homesteads.

“We are the nation’s first – world's first, as far as I know – buy one, give one free tiny home program,” said Grootegoed.

Grootegoed began in 2014 by taking shipping containers and turning them into fully functional living spaces.

In 2018, he switched to less expensive tiny homes, which cost between $20,000 and $25,000 to build. Kroger contacted him around the same time and offered to sponsor one for a homeless veteran.

RELATED: WCPO visited Grootegoed in 2017 to see how his free homes were progressing

Grootegoed says said his end goal is to buy a piece of property and give it to a veteran, who can then improve their lifestyle and get to a point where they are self-sustaining.

He hopes that veteran will give the home to another homeless veteran, building a community of veterans helping each other.

“I've always kind of lived by the moniker, ‘Be the change you want to see,’” Grootegoed said. ”I was hoping if I did this enough, maybe people would see what I'm doing and would say, ‘You know what? It's cool to give. Let's get in on that.’”

Grootegoed will officially hand over the keys to the Kroger-sponsored tiny home at the Kroger Honoring Our Heroes 5K Run-Walk Saturday at Lunken Airport.