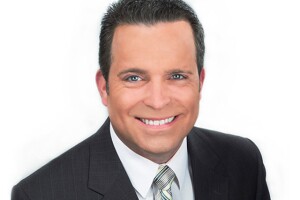 His first tour was dedicated to Law Enforcement, serving both stateside and abroad. He cross-trained into Broadcast Journalism for the second half of his Air Force career, working overseas Reporting and Anchoring for Air Force News.

Since leaving the service, his journey continued with one motivating thought, “what’s next?”

He achieved his first civilian job as an Editor at KPNX in Phoenix, Arizona. He knew it was just the first of many steps ahead. Within months, Craig took to the Phoenix skies Reporting from the KPNX Helicopter, reminiscent of his Combat Journalist days hanging out of a Chinook.

Craig moved on, taking each step necessary to grow his career. From Editor, to Photojournalist, Reporter, then News Anchor, he valued each step with an appreciation for every aspect needed to get "the show" on air.

Taking every opportunity put in front of him, he continued to climb the ladder to better his career and more importantly, the life of his family. That journey took him from the mountains of West Virginia to the shores of San Diego, California, then the cold winters of Milwaukee, Wisconsin.

Craig has said after years of moving in the military and within his journalism career Cincinnati is the first place he and his family feel as though they can exhale and relax. He describes Cincinnati as his true home and celebrates the amazing team of Journalists within the walls of WCPO and the comforting community he’s proud to live and volunteer his time with a variety of organizations to help others.