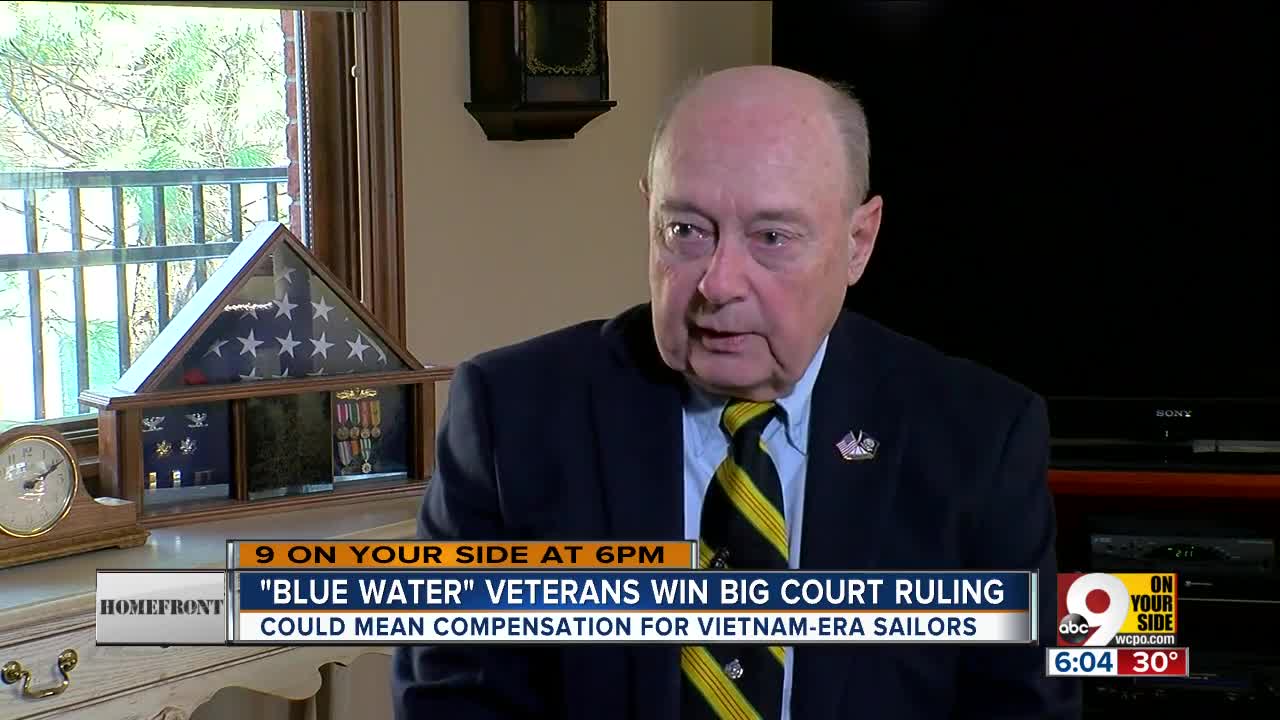 The court ruling could mean compensation for Vietnam-era sailors.

Listen to this episode of Homefront in the podcast player above

A Jan. 29 federal appeals court ruling could expand the pool of Vietnam veterans able to claim disability benefits connected to Agent Orange, a chemical weapon known to cause serious health problems in those exposed.

That category — those exposed — for years did not technically include Navy veterans like him.

Agent Orange was a defoliant herbicide American soldiers deployed to thin out the Vietnamese jungle, depriving guerilla insurgents of both cover and food. When its deadly long-term health impacts became clear, Congress passed the Agent Orange Act of 1991 to provide some financial relief for all those who served.

However, the Department of Veterans Affairs repeatedly denied the claims of so-called “Blue Water Veterans,” claiming only soldiers present on the Vietnamese mainland could reasonably claim to have interacted with the substance.

That’s not what Rex Settlemore, who served from 1967 to 1998 and spent two tours in Vietnam, thinks. He watched from the U.S.S. Durham and U.S.S. Richard S. Edwards as airplanes released chemical weapons overhead, and he remembers how close to the shore both ships sailed.

Agent Orange particles must have made it into the ocean water he and the rest of the crew used, he said, if not the air they breathed. He believes some of the early deaths among his comrades from that time are connected to that exposure.

“Ships who ingested the sea water, even if the sea water was distilled for fresh water on board, would still contain the Agent Orange contaminants,” he said, citing an Australian Naval study.

Dr. Ralph Erickson, the VA’s chief consultant of post-deployment health, had repeatedly argued that ships never took in sea water fewer than 12 miles off the coast. Settlemore said he knew nothing about any similar rule during the war.

“We served off the coast well within 200 yards, and we did not turn off the sea water suctions when we were operating in close,” he said. “I am unaware that was ever a policy, and it certainly was not a policy that was typically followed by the destroyers that were on gunfire support.”

The VA may still decide to resist the court’s finding and continue adhering to a boots-on-the-ground retirement for disability benefits connected to Agent Orange. If it hopes to succeed, however, it will need the support of the Supreme Court of the United States.

John Ranson is hopeful that court would rule in favor of veterans like himself.

“I hope they do and see the right side of this,” he said.