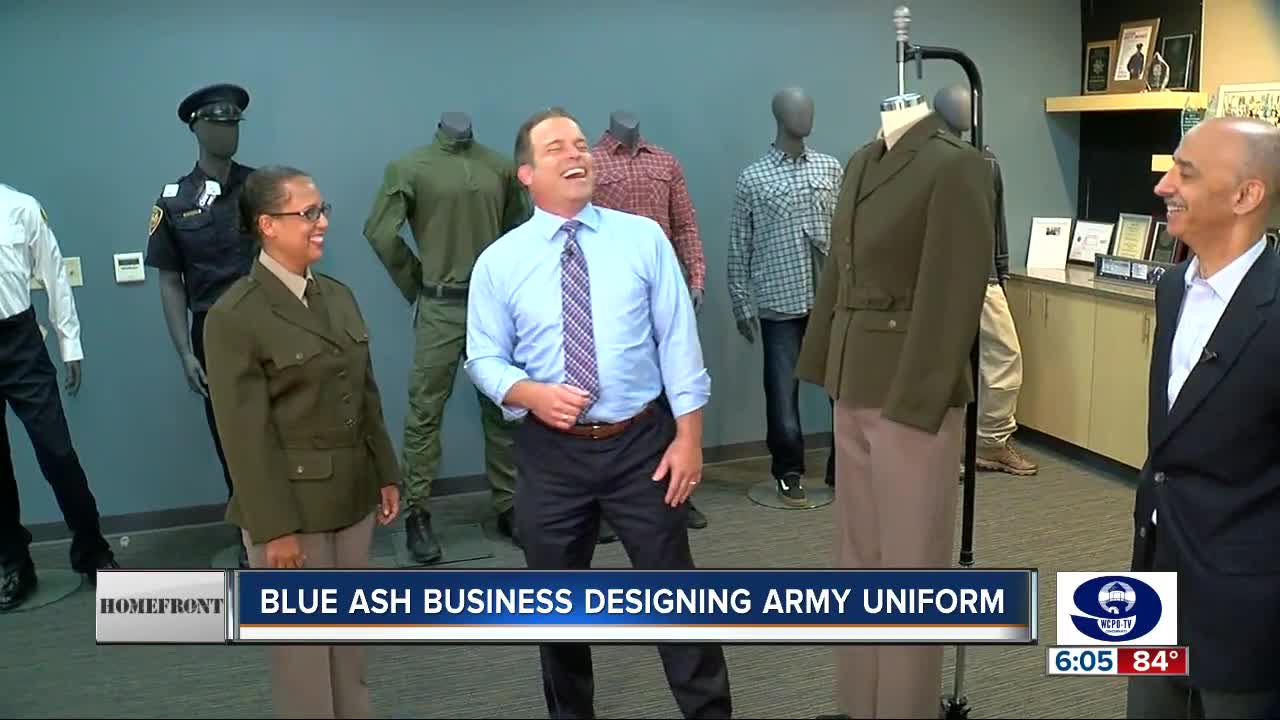 As the start of a new decade in American history creeps closer, Feccheimer Brothers Company is helping the United States Army resurrect something classic: The World War II-era uniform known colloquially as “the pinks and greens.” 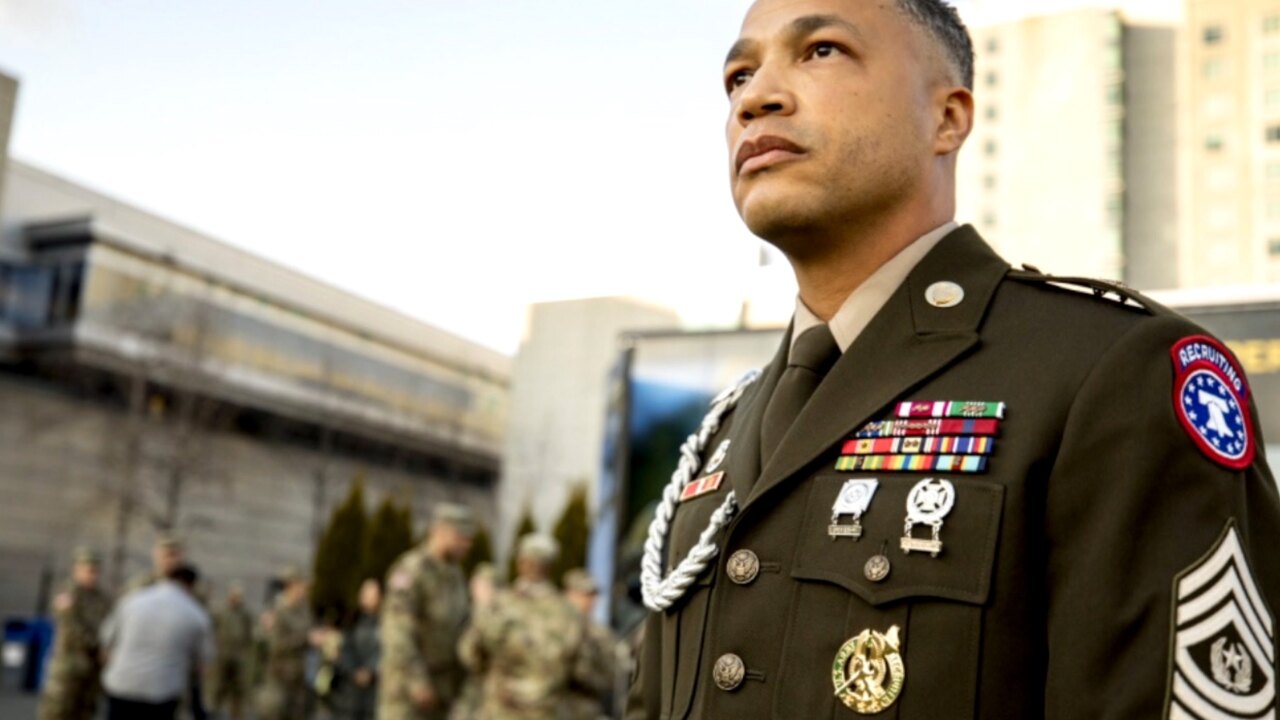 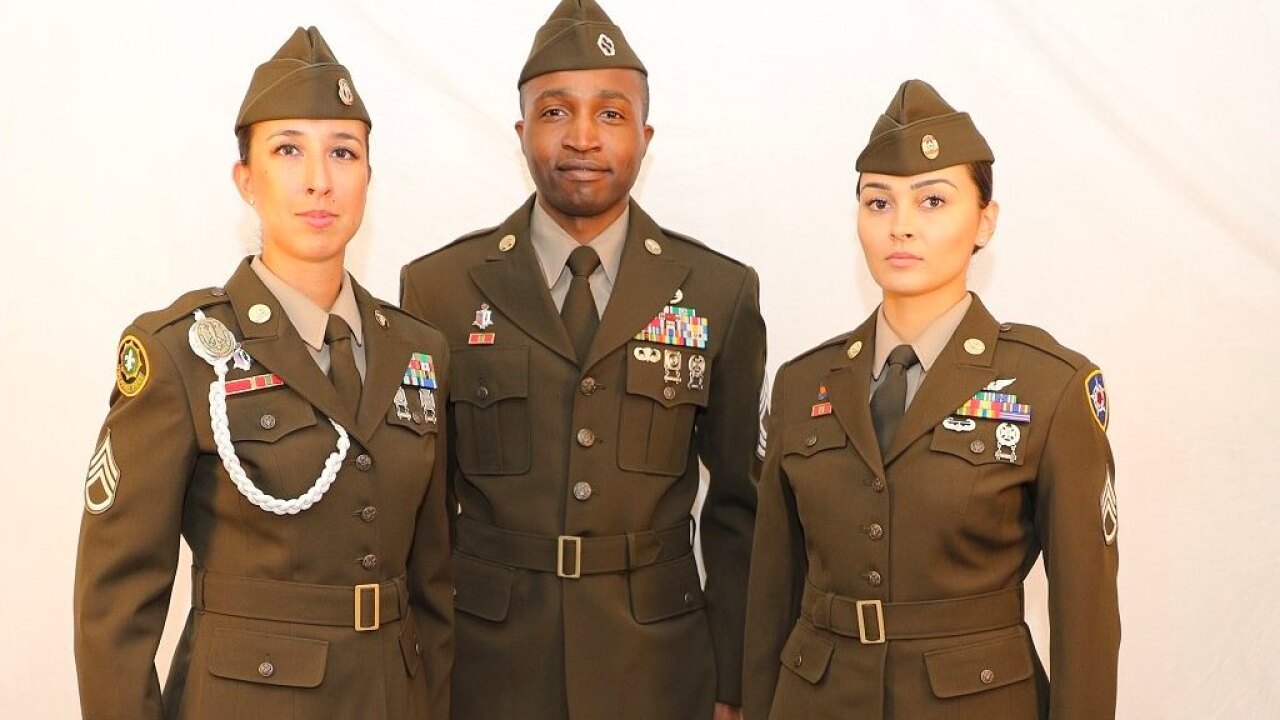 BLUE ASH, Ohio — As the start of a new decade in American history creeps closer, Fechheimer Brothers Company is helping the United States Army resurrect something classic: The World War II-era uniform known colloquially as “the pinks and greens.”

The Blue Ash-based uniform manufacturer helped the Army redesign the iconic 1940s look, instantly recognizable even now by its slim, belted green jacket, khaki shirt and tie, and rose-tinted brown pants. The Army plans to debut the new wardrobe starting in spring 2020, when it will replace the blue day-to-day service uniform issued in 2010.

Although Feiccheimer has been in business since 1842, design director Mark Billott said the project represented a special challenge for the company. The Army wanted the look classic but not motheaten. Drafts were drawn up, then discarded, then replaced and discarded again dozens of times over.

“It means a lot to support the troops,” Billott said. “For me, the challenge was to make sure we got it right.”

Getting there took more than 75 complete redesigns, he said, with minute adjustments to the length of the coat, the size of the stitching and the shape of the buttons. The final product should be recognizable as an homage to the WWII era but still contemporary — unlike in WWII, for instance, women in the service will be able to choose between a skirt and pants.

According to Sgt. Maj. Daniel Dailey, the redesign was necessary to distinguish members of the Army from other branches of the military and law enforcement with similar blue-panted, white-shirted uniforms.

Once, while wearing his uniform in Chicago, he was mistaken for a member of the Chicago Police Department, he told the crowd at an Association of the United States Army breakfast in June.

“I was dressed almost like a Chicago police officer,” Dailey said. “We weren’t getting recognized as soldiers in the eyes of the greater American public.”

.@15thSMA Daniel A. Dailey has been modeling the prototype of the proposed Army Greens uniform at #AUSA2018. Let him know what you think using #15thSMA.

Changing the everyday uniform from blue to green should help, he said. The “dress blues” will once again become a formal dress uniform when the pinks and greens become standard everyday wear.

Fred Heldman, senior vice president of Fechheimer Brothers, said the Army first approached his company in 2017 to begin work on the redesign.

“We were very proud to be part of that project,” Heldman, whose father served in WWII, said. “We think of ourselves as serving those who serve, so absolutely there’s a sense of pride.”

He’ll be even more proud when he sees servicemembers wearing it in their daily lives, he added.

Although the prototypes were designed in Blue Ash, the uniforms themselves will be produced at Fechheimer Brothers’ manufacturing center in Hogenville, Kentucky.

Unsurprisingly, Heldman said, “made in the USA is an absolute requirement.”