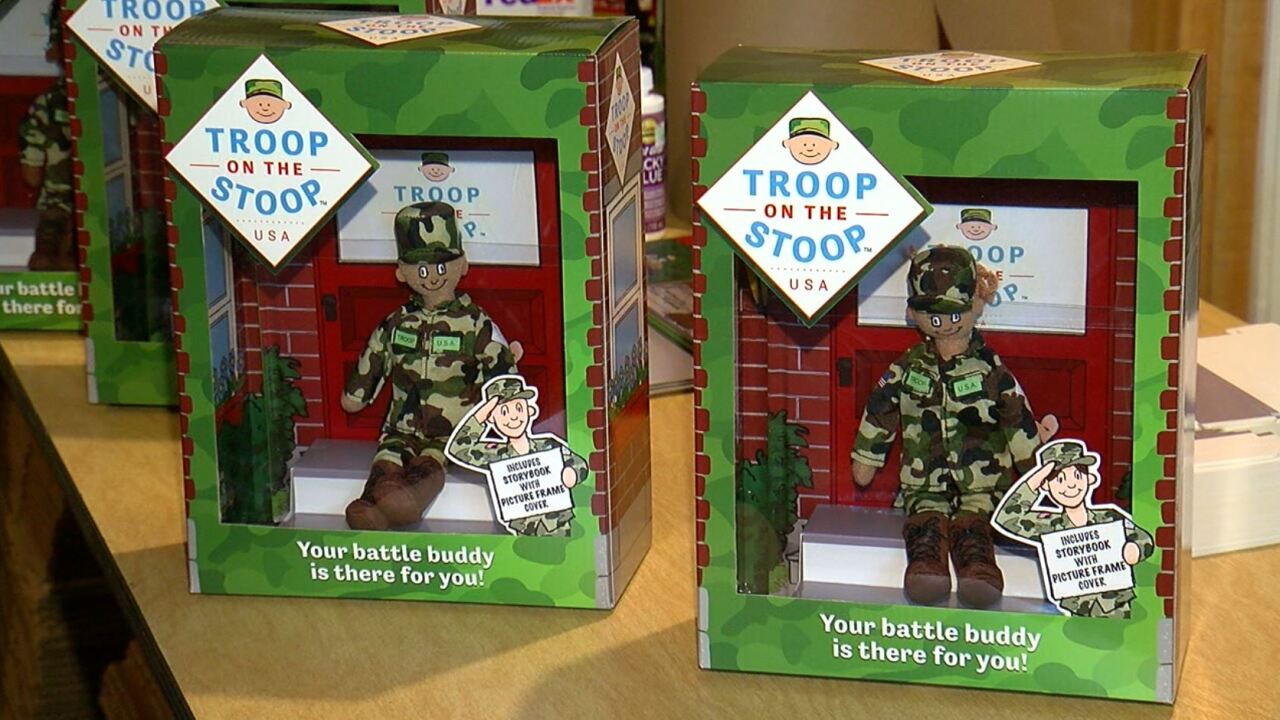 Copyright 2019 Scripps Media, Inc. All rights reserved. This material may not be published, broadcast, rewritten, or redistributed.
Thorp, Tyson 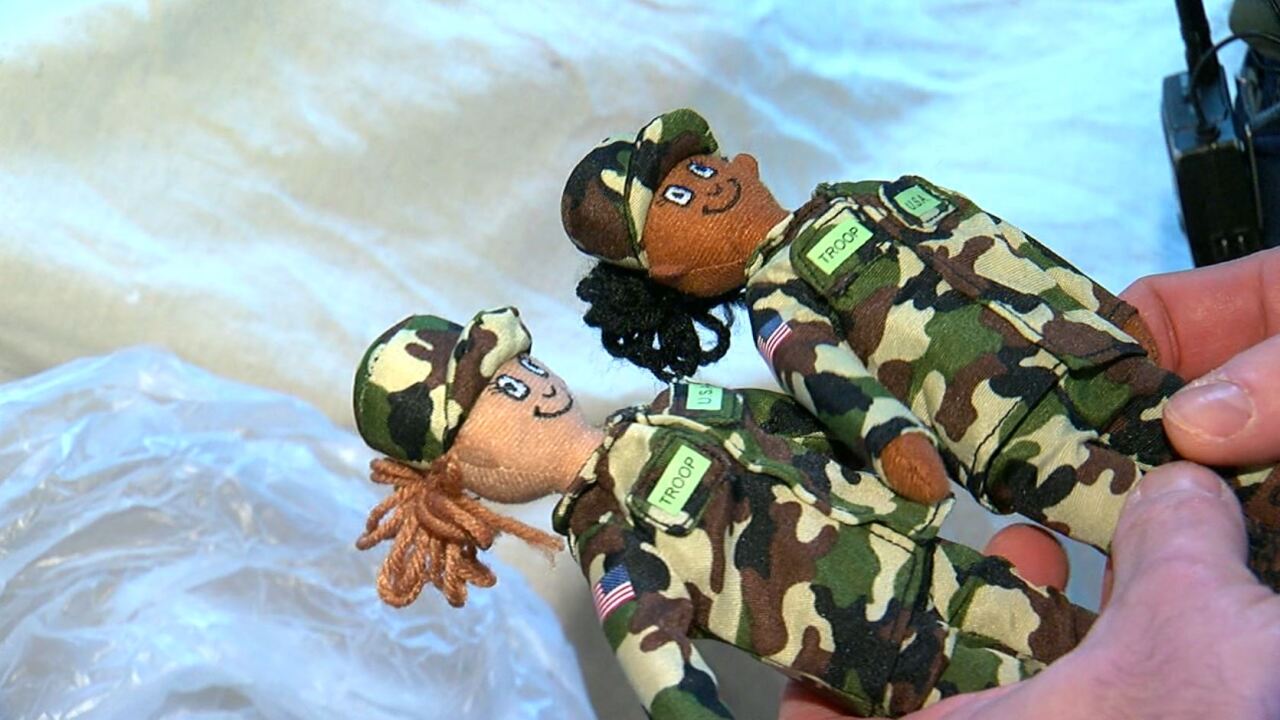 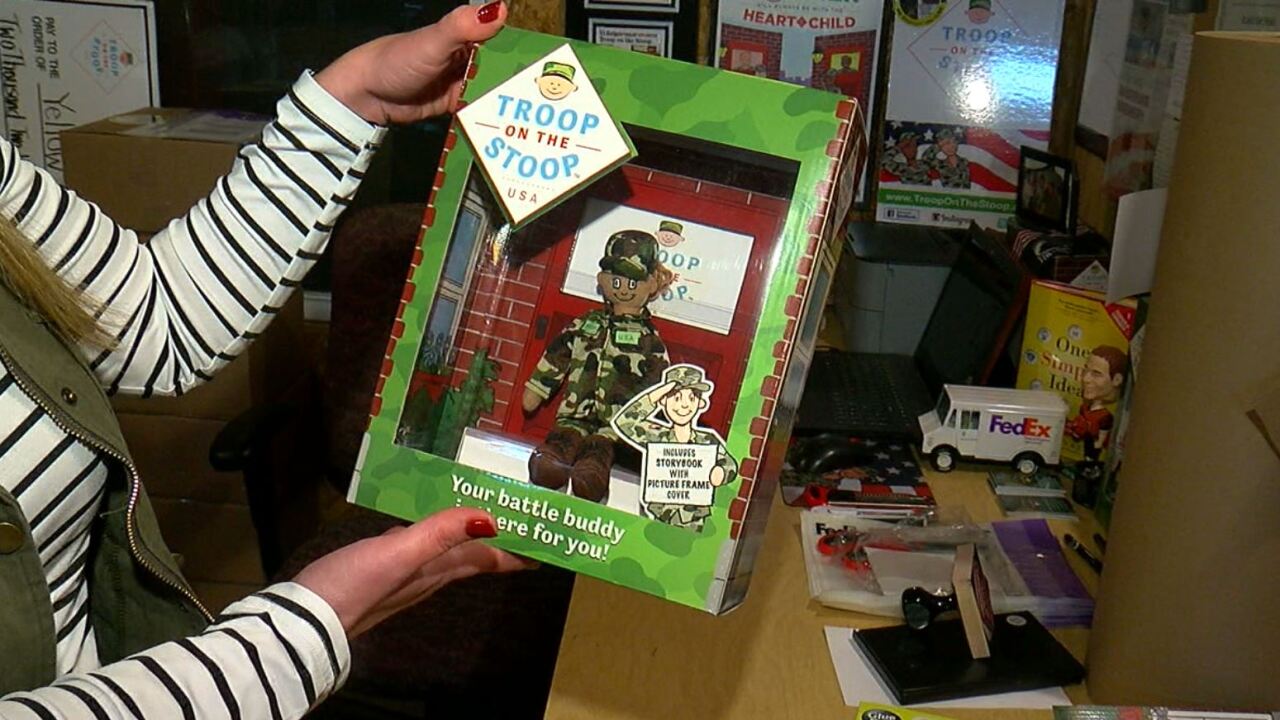 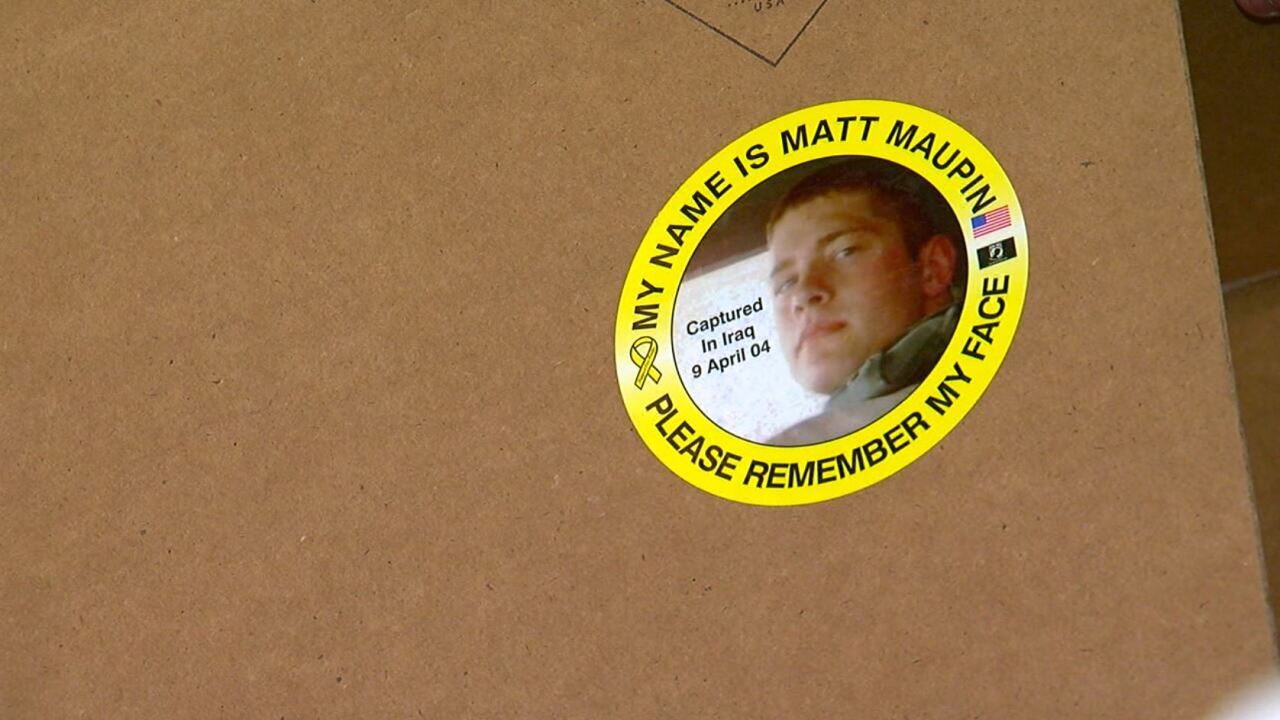 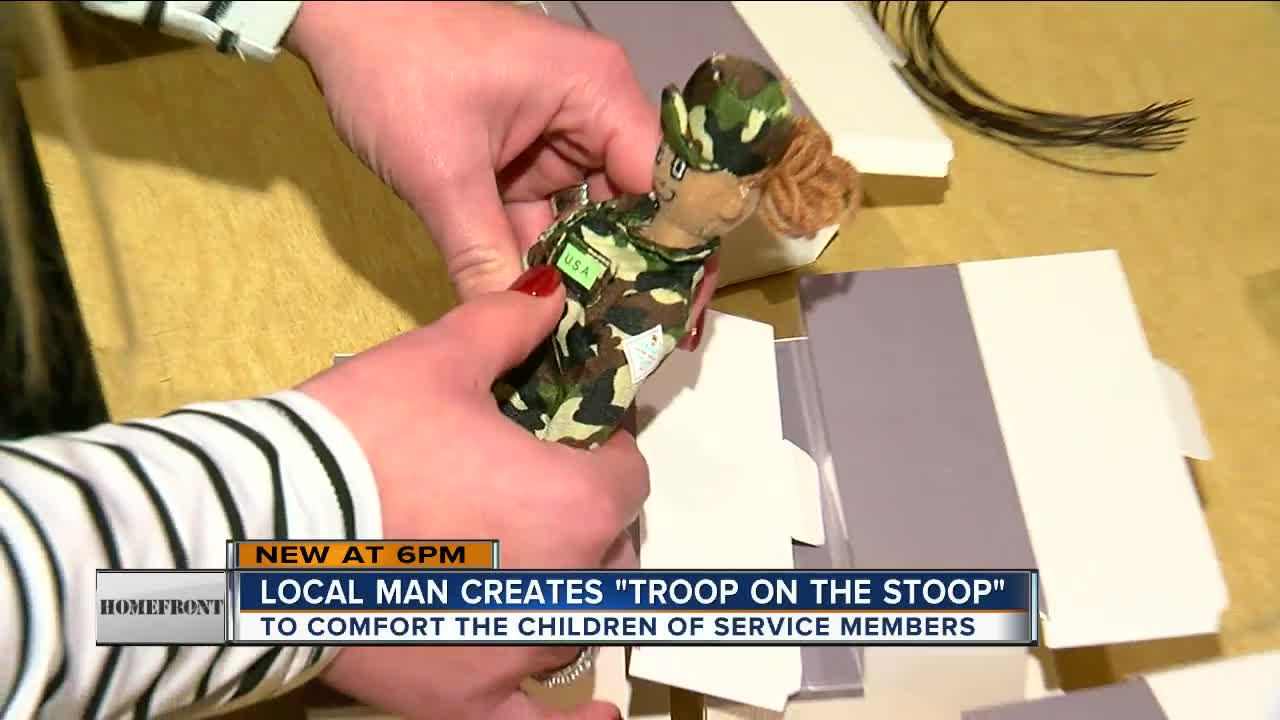 Former infantryman Blake Wayman said the sight of a deployed soldier's child being treated for cancer at Cincinnati Children's Hospital brought out a big idea.

"Her parents were rotating in and out from serving our country and spending time with her," Black said. "It hurt me so bad and I wanted to do something for her."

From there, the idea for the Troop on the Stoop was born.

"It's a little plush toy that brings them love and joy and reminds them of their loved one serving whether it's their mother, father, brother, sister, whoever," Blake said.

The original Troop on a Stoop came in two versions, both male, but Wayman recently started taking orders for a female plush figure.

"The female was never forgotten...she was, you know, you can only do one at a time with the finances I had...she was on the drawing board," Wayman said.

Each figure is fully posable and comes with a book.

"The book is now a picture frame," Blake said. "You put the loved one's picture in it."

Blake's wife and company co-founder, Sarah Wayman, was nervous in the beginning, but was brought around by Blake's enthusiasm.

"It's very heartwarming to see how much of a difference (it's) making for families and for kids," Sarah said.

The Waymans also found a way to give back locally. A portion of each sale is directly donated to the Yellow Ribbon Support Center. The support center was set up in honor of local veteran Matt Mapuin who was captured and killed by Iraqi insurgents in 2004.

"He's a local guy to me," Blake said. "I didn't know him (but) I went on several missions to try and bring him home and at at that time."

In addition to helping out the Yellow Ribbon Support Center, each military child admitted to Cincinnati Children's receives a battle buddy.