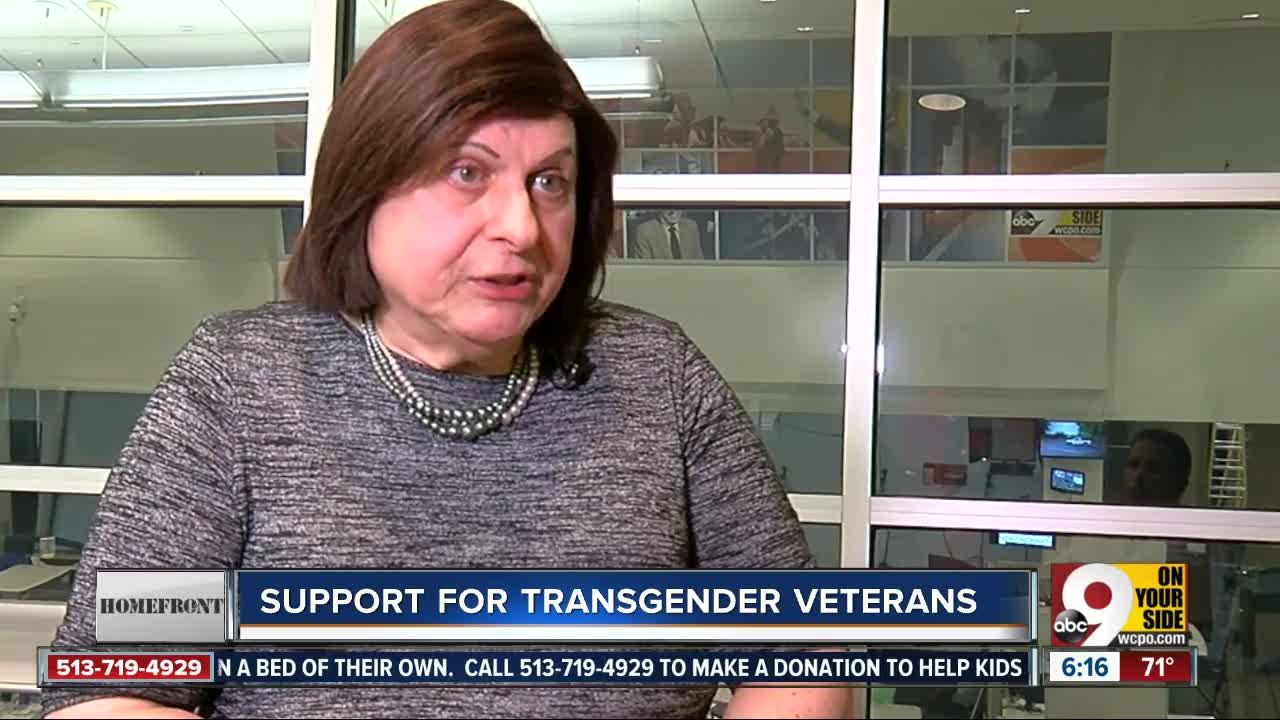 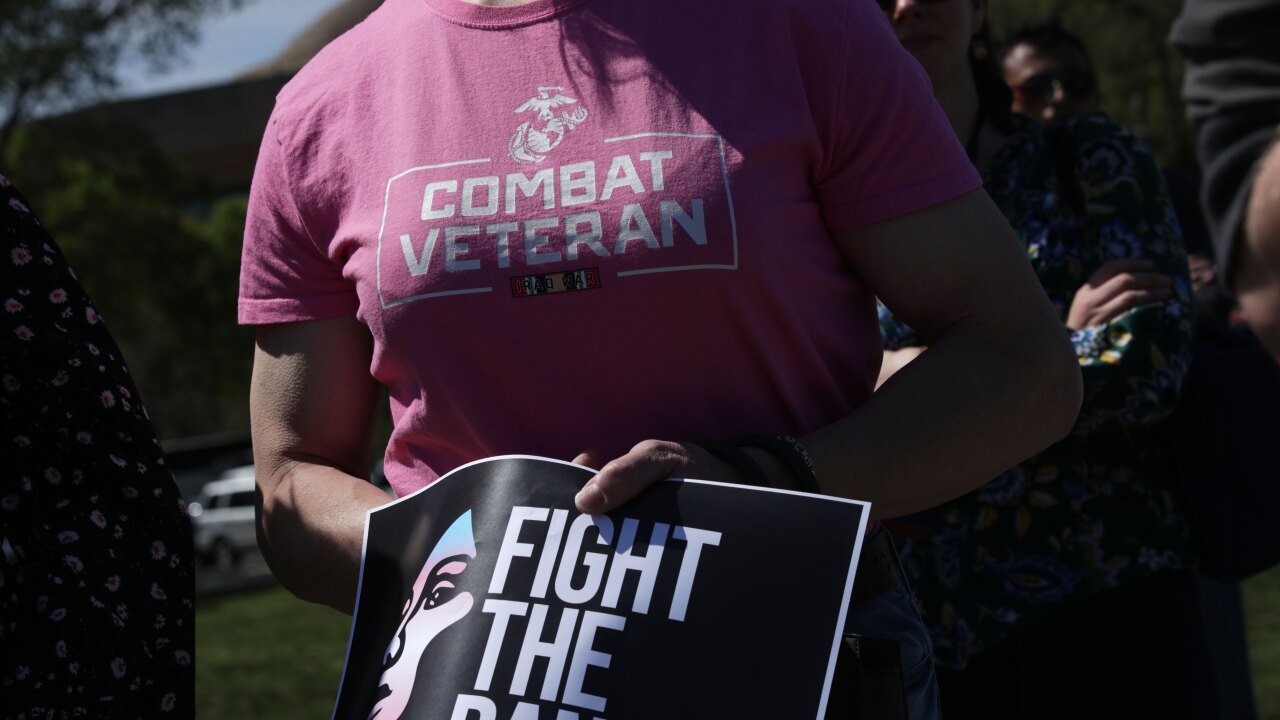 Listen to the full episode of Homefront in the podcast player above.

Lesbian, gay, bisexual and transgender people have served in the United States military for as long as there’s been one. Edicts from the White House — like the bygone “Don’t Ask, Don’t Tell” and President Donald Trump’s current ban on transgender troops — can’t change that.

And they don’t change the responsibility of the United States Department of Veterans Affairs, according to Cincinnati VA psychologist Connie Boehner.

“People don’t think about it until they hear it on the news, but there have always been transgender folk in the military, and we’re going to take care of them if they ask us to,” she said. “And that’s the bottom line of this.”

The VA doesn’t pay for transgender troops to receive gender confirmation surgery, but it covers pre- and post-operative care as well as therapy and hormone prescriptions.

In 2018, a short time after Trump enacted his ban, social worker Cindy Horn helped the Cincinnati VA Medical Center establish its first-ever support group for transgender veterans. Its members range in age from 32 to 74, she said, and monthly meetings are a place where they can come for an all-too-rare experience: Feeling valued, recognized and safe.

“The biggest challenge is just being accepted in society and to truly authenticate to who they are,” said Horn, who spent 12 years counseling active-duty troops at Fort Knox.

Air Force veteran Laura Ann Weaver knows that better than almost anyone. She knew who she was early in her life, she said — at three years old, maybe even before — but had no idea how to bring that real self into the world.

“In my generation, there wasn’t even a language to describe being transgender,” she said. “You just knew you were different, but you couldn’t put your finger on it. It was something you couldn’t talk about and you would practice in secret.”

She joined the Air Force in 1972, serving for two years out of Osan Air Base in South Korea, and married her wife in 1980. It was a classically masculine life, she said. She was good at living it, even if it made her feel incomplete. Even if she knew her wife didn’t approve of her secret.

(That’s a common experience for LGBTQ veterans born with a Y chromosome, according to Horn: joining the military in an attempt to feel or look more traditionally masculine.)

Weaver continued to live as a man for 30 years. In that time, she lost her wife and her parents, forcing her to begin seriously considering who she would be outside that web of obligation and expectation. Who did she want to be, now that she got to decide?

“I had very much during my marriage surrendered who I was as an individual and was very much part of a couple,” she said. “I had to relearn who I was, and that took me 10 years.”

At the end of it, she knew she had to bring Laura Ann into the real world despite her fears of being rejected. Some of those fears would be realized, she said. She lost her relationships with her brother and sister after coming out.

“When I went to the Cincinnati VA hospital, I was very concerned about being transgender and refused treatment,” she said.

She wasn’t. Weaver pays $50 for each clinical appointment and $27 every month for her three medications through the VA, where she said she’s been accepted and treated with respect.

“The Cincinnati VA is one of the best hospitals I’ve been to,” she said. “They do provide mental health care, they do provide hormone support, they do provide everything up to but not including surgery, and that is a tremendous benefit for veterans.”

Boehner and Horn said they’re proud of being able to provide those services, and the need is growing.

Many of the people who participate in the Cincinnati VA’s support group aren’t out to their families, making it one of just a few places they can be themselves without fear of judgment.

“It’s always there are going to be people uncomfortable with things they don’t understand,” Boehner said. “One of our big roles is educating people what this means and that this isn’t a threat to you. You’re going to get your care, they’re going to get their care, and you’re all veterans.”

“Transgender people are no different than anybody else,” Weaver added. “Quite frankly, you have to resent that we’re being treated differently.”