Covington nonprofit rehabbing home for veterans with nowhere to stay 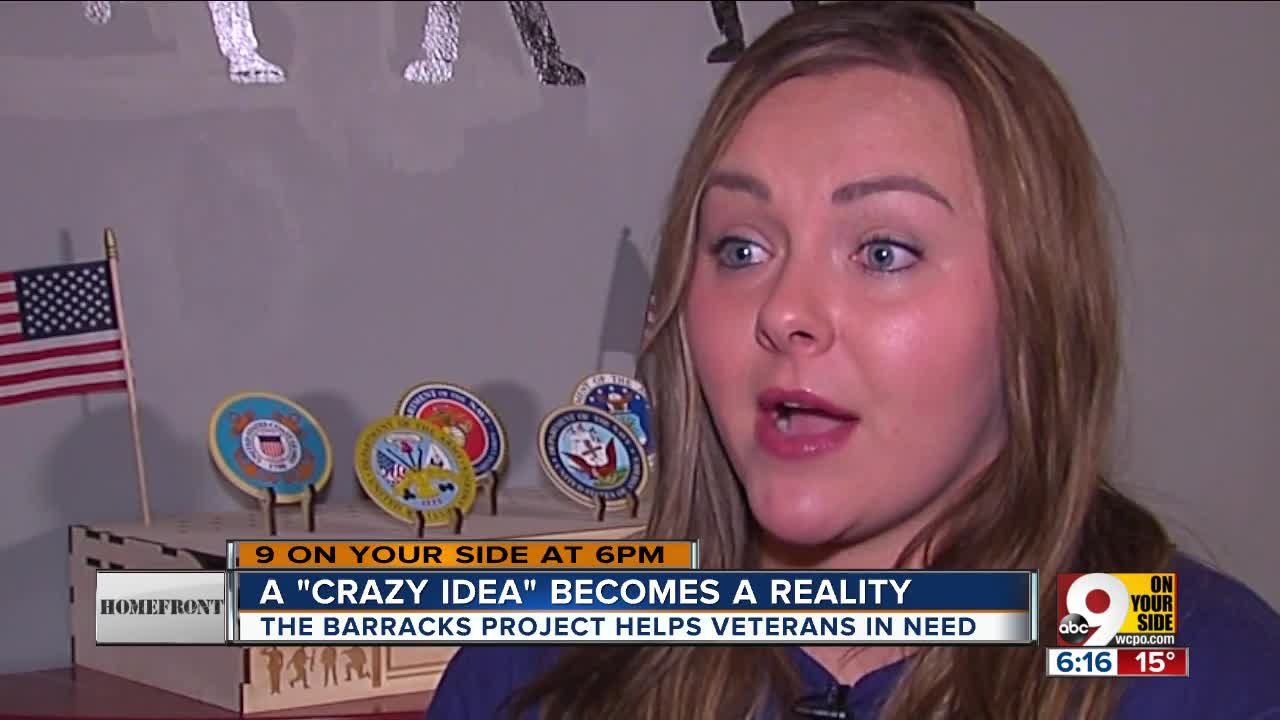 An Army veteran's wife decided to start a non-profit to support active-duty soldiers in their transition to the homefront. The idea grew and now includes a house where they can transition and it's growing chapters across the country.

COVINGTON, Ky. — Two years ago, Felicia Huesman was “an insane person,” she said Monday. “Might still be.”

Ambitious is likely a better word for it. Huesman, who already dedicated her days to caring for her children and managing the family readiness group for her husband’s Army unit, decided in 2016 to start a nonprofit for struggling veterans.

“You already know all these people who want to help,” Huesman said of her position as a military spouse and FRG worker. “And you know a group of people who need help who shouldn’t need help.”

Bringing the two together simply made sense.

The Barracks Project began with a Facebook post and became an organization that divided its efforts between deployed service members, to whom it sends monthly care packages, and honorably discharged veterans, who can use its website to request food, toiletries, financial help or volunteer assistance with a service project.

Soon, Huesman said Monday, it will include housing space for veterans without anywhere to stay. A Navy veteran in Covington sold The Barracks Project her house for just under $5,000, and volunteers immediately began renovating it for its new purpose.

Huesman said they will put the group's offices upstairs and house veterans downstairs, as well as providing clothes they can wear to job interviews.

“As long as you’re really, genuinely trying to get back on your feet, we’re here for you,” she said.

Her husband, Alex, admitted he had been among the people who thought her 2016 vision for the project might be aiming too high.

“I always had faith in her, but it seemed crazy in the moment off the top of her head,” he said. “(But) with that vision she had, I don’t think anyone was going to stop her.”