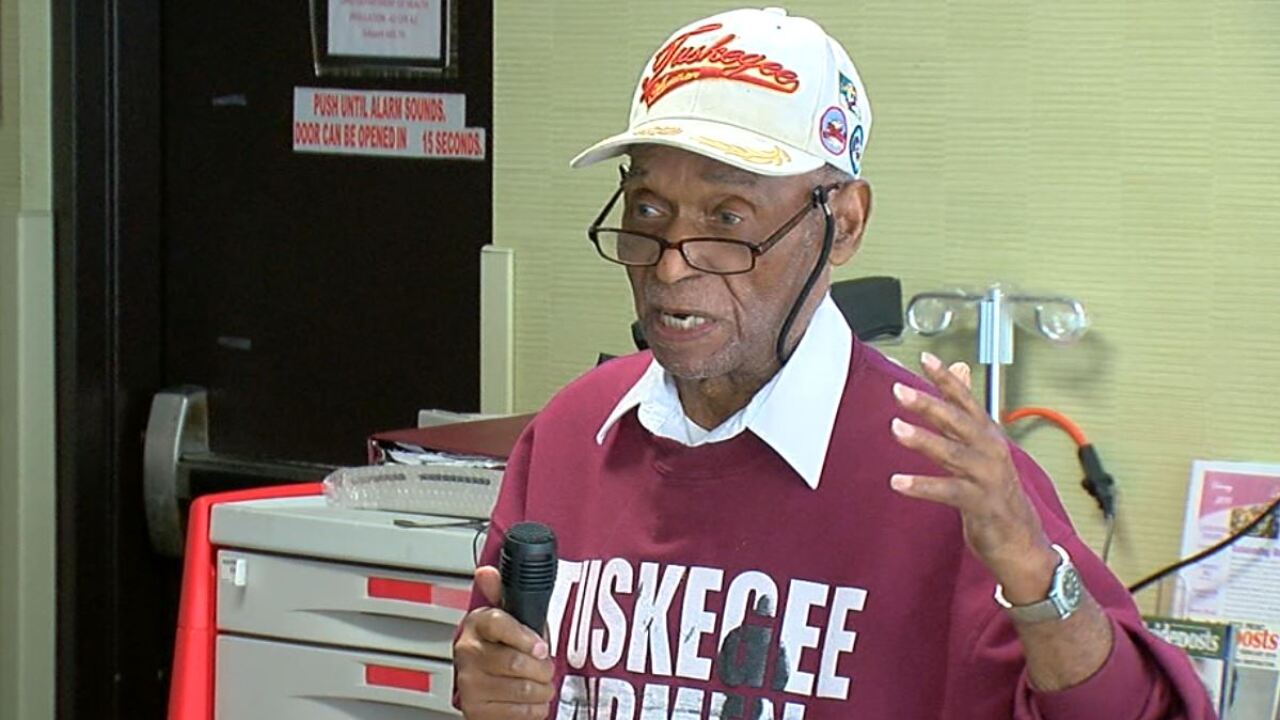 WCPO originally published this story Feb. 26, 2019. On Sept. 23, we received the news that Edwards had died at the Cincinnati VA Medical Center at the age of 95.

Here's what he told us about being a freedom fighter on two fronts during World War II.

Listen to this episode of Homefront in the player above.

CINCINNATI — Tuskegee Airman Leslie Edwards never planned to join the military. As a young man in the early '40s, he had recently married and was preoccupied with plans of starting a family.

World War II changed everything. The subsequent draft took Edwards away from his wife and immersed him in two battles: The fight against the Axis Powers abroad and the fight against segregation within the United States Armed Forces.

"Being African-American, the military had made it known that you was not supposed to be respected as a military person although you would be a part of the military effort," he said.

It was something Edwards lived with while focusing on his job as an aircraft mechanic and eventual supervisor. He made a name for himself while serving with the all-black 477th bombardment group at Freeman Army Airfield in Indiana. He said the tipping point came April 5, 1945 — a date better known to history as the Freeman Field mutiny.

"They arrested, like, 19 at one time. And then another group of officers, like, 25 go in, and they arrest them."

Edwards said they felt like military regulations were on their side.

"You can't exclude officers from a facility for officers on a military base or post," he argued.

What started at Freeman eventually led to widespread change. President Harry Truman signed an executive order establishing the President's Committee on Equality of Treatment and Opportunity in the armed services, dictating that all personnel be treated equally regardless of their color.

In March of 2007, Edwards and other Tuskegee Airmen were honored by President George W. Bush at the White House.

"He said, 'I'm salutin' because you moved the nation in the right direction and all the abuses you had to take while you were doing what you could for this nation,'" Edwards said.

Edwards remains active in his community, giving public speeches and even line-dancing. He said as a Tuskegee Airman, he encourages everyone to support the country's youth and prepare them for their future through education.

Like he and his comrades decades ago, they'll be the ones whose actions move their generation and then entire country forward.