Will peace ever come to the Korean Peninsula?

Listen to this episode of Homefront in the podcast player above.

June marks the 69th anniversary of the start of the Korean War, and with tensions escalating between the U.S. and North Korea recently, we asked veterans of "The Forgotten War" if they think there will ever be peace in the region.

Bob McGeorge spent 10 months in Korea starting in 1951. He was put in charge of communications, which struck him as strange at the time, "I said, 'but I didn't have any training in communications.' He says, 'that doesn't make any difference, you'll learn.'"

McGeorge worked from one coast to the other. It was his battalion's job to go into 'no-man's-land' areas to fix broken lines.

"That was our main thing, to have communication to the ops," McGeorge said. "If you didn't have that, you're dead and you couldn't do anything."

McGeorge said he wasn't sure if North Korea and South Korea would ever find their way toward peace, but he'd like to see it.

Army veteran Donald Kleingers arrived in Korea on Jan. 1, 1952, and he said he'll never forget his first night in the country.

"As I started up a path, a Korean soldier jumped out with a bayonet and he pushed that thing against my neck," Kleingers said. "I had that parka on and he couldn't see who I was, but he didn't say nothing and I couldn't do nothing. I had a .45 and I knew I'd lose that battle. He had his finger on the trigger of that rifle, so we just stood there for a while ... and I didn't move because I knew if I moved I'd lose.

Kleingers doesn't see much of a chance of a North and South reunion.

William Riekert was drafted in 1959 when Eisenhower was still president.

"I didn't want to go, but I knew that since we lived in a free country, a great country, it was time for me to serve my country and do what I could," Riekert said.

Riekert said he was initially optimistic when he heard about the North Korea/South Korea summit.

"I thought it was great ifwe could have some dialogue with the North Koreans, but I wouldn't trust them any further than I could throw them," he said.

Pat Dilonardo, who served in the infantry, remembers walking while others got to ride on tanks.

When asked about the possibility of peace there, Dilonardo said, "It's never going to happen ... I mean, it's worth a try, but that guy isn't going to give up what he's got over there."

Tom Lippert spent three years on active duty in the Korean War and another 11 in the reserves. He doesn't think we'll see an end to the current political climate in Korea soon.

"I'm pretty old, so I can say 'not in my lifetime,'" Lippert said with a laugh. "I would hope that someday something is going to change, but certainly the leadership has to change in a big way and I don't know how you bring that about."

25th Infantry Division Veterand Bill Doud enlisted in 1949. He said the winters stuck in his memory most.

"It was so cold that every so many minutes the guys in the firing battery had to fire the howitzers just to keep the oil from freezing up," Doud said.

Doud said there might be hope of a united Korean Peninsula, but he doesn't see it happening soon.

"Yeah, a couple of hundred years from now they may come together," Doud said. "It's two worlds over there right now ... the North and the South ,,, skyscrapers and subways.

Bae Suk Lee was born and raised in North Korea. He escaped in 1946. 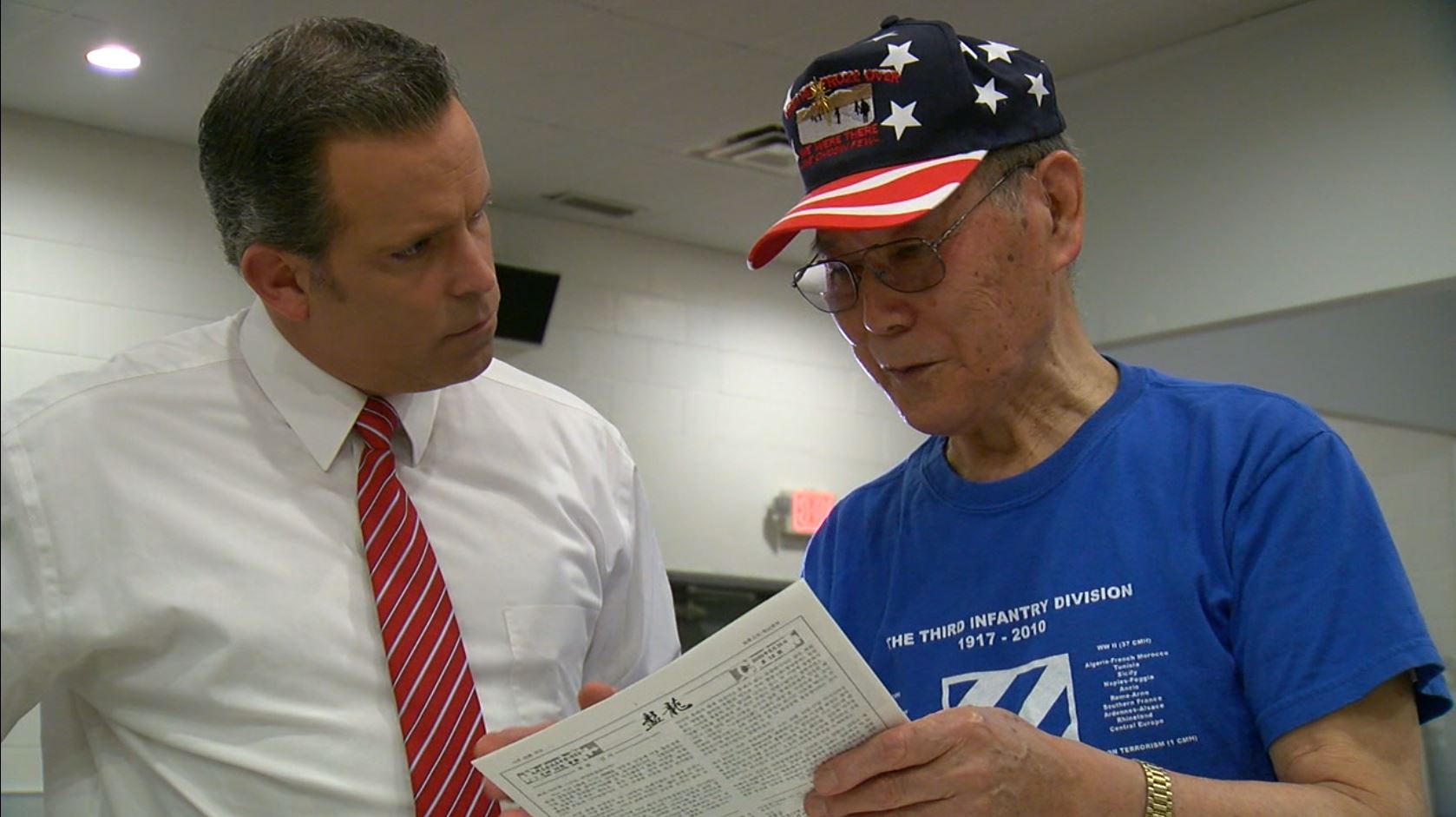 Lee was 17 when he went to live with his aunt and uncle in Seoul. They disappeared when the North retook Seoul.

"One day she never came back," Lee said. "Under communism, you cannot even protest or ask a question. 'What are the charges?' There's no such law under communism."

His uncle disappeared a few days later. Lee said he hid in a closet, waiting for the day U.S. troops would push back into Seoul.

"I decided to run to the hill," Lee said. "I go here, I thought it was American Marine, it was a Korean Marine under U.S. Marine Corps."

With the war in full swing, Bae Suk Lee found himself in a new role.

"I found 10th Corps U.S. Army was looking for interpreters because they were now going North," Lee said.

In the past two years, the men saw history play out as North and South symbolically walked across the DMZ. They saw a handshake and closed-door discussion between North Korean Leader Kim Jong Un and President Donald Trump.

Given his unique perspective, Bae Suk Lee said he doesn't think the differences between North and South Korea will disappear soon.

"(Me) personally, I don't think that can happen," Lee said. "They (North Korea) have to have an enemy, that way they mobilize their own people."

Lee said the two cultures have grown too different.

"Human love North Korea doesn't even have," he said.

After the Korean War, Mister Lee became Doctor Lee and he served 15 years with the South Korean Air Force as a flight surgeon. He said immigrating to America was a dream and he is humbled by the freedoms his family has here. Lee gained his U.S. citizenship in 1976.