OK, there were lowlights, too 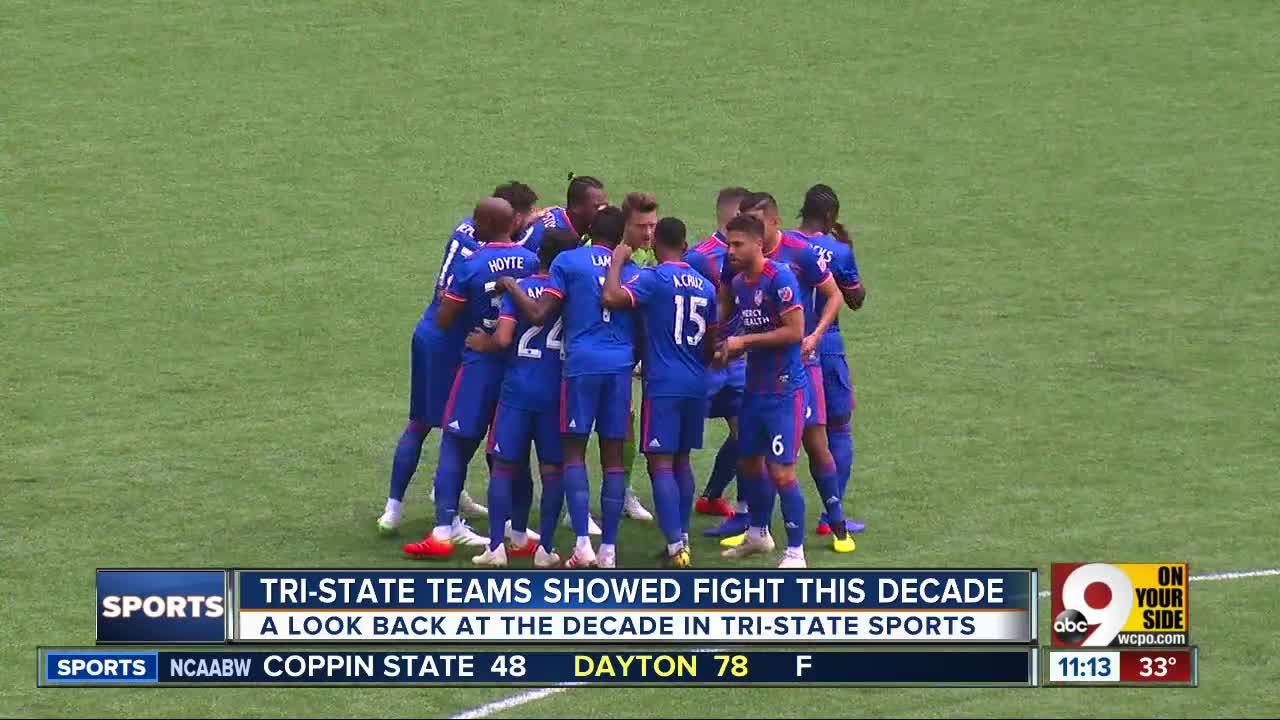 A new team, FC Cincinnati, burst onto the scene and fill Nippert Stadium with enthusiastic soccer fans. But even the Reds and Bengals made the playoffs, they couldn't get past the first round.

LOSE: The Bengals' meltdown against the Steelers at the end of the AFC Wild-Card Game following the 2015 season.

OR BRAWL: Yasiel Puig and Amir Garrett take on Pirates in 2019; UC and Xavier basketball teams fight in the 2011 Crosstown Shootout.

Tri-State teams showed plenty of fight over the last decade.

We saw Lauren Hill fight with elegance, playing for the Mount St. Joseph basketball team despite brain cancer that would kill her at age 19.

"I've always wanted to make a difference," Hill said. "You always want to leave an impact on the world."

No world champs called the Tri-State home this decade. Cincinnati now has the longest droughts in both major league baseball and the NFL.

Scooter Gennett had his own four-peat, going deep four times in a game in 2017.

Who could forget the night Todd Frazier was a Big Red Machine all to himself, winning the Home Run Derby here in 2015?

That was also the year the women's basketball program at Thomas More won the first of its three national titles (though it later forfeited it) and the same year Northern Kentucky made the leap to Division I.

UC and Xavier each leaped to new conference homes and settled in nicely. But the Bearcats and Musketeers experienced a world of pain, on the same night, on the same Nashville basketball floor in the 2017 NCAA Tournament.

Both coaches from those teams, Mick Cronin and Chris Mack, are no longer here. Every pro and college program in football and basketball made changes at the top this decade.

We welcomed FC Cincinnati to the party, but the party was over for the Cincinnati Gardens.

And we said goodbye to two of the best to ever do it. We'll miss ya, Marty Brennaman and John Popovich.