WCPO's John Popovich was 'voice' of Cincinnati sports for 40 years 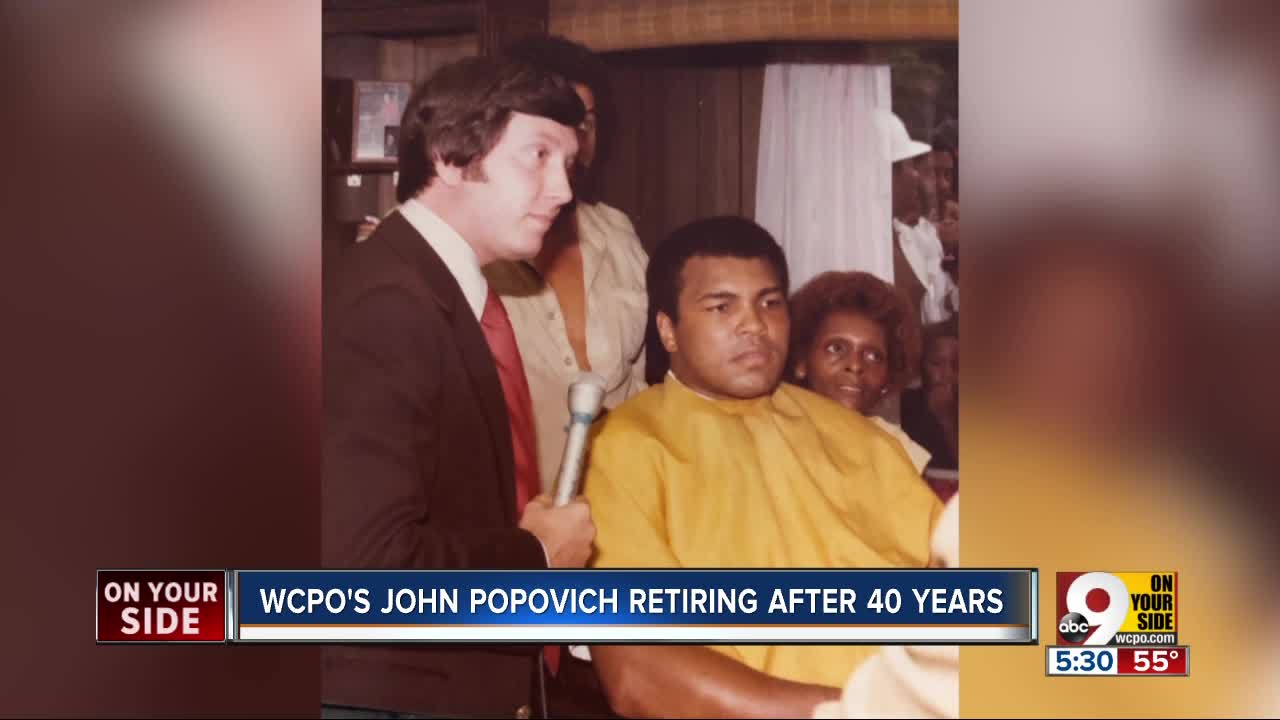 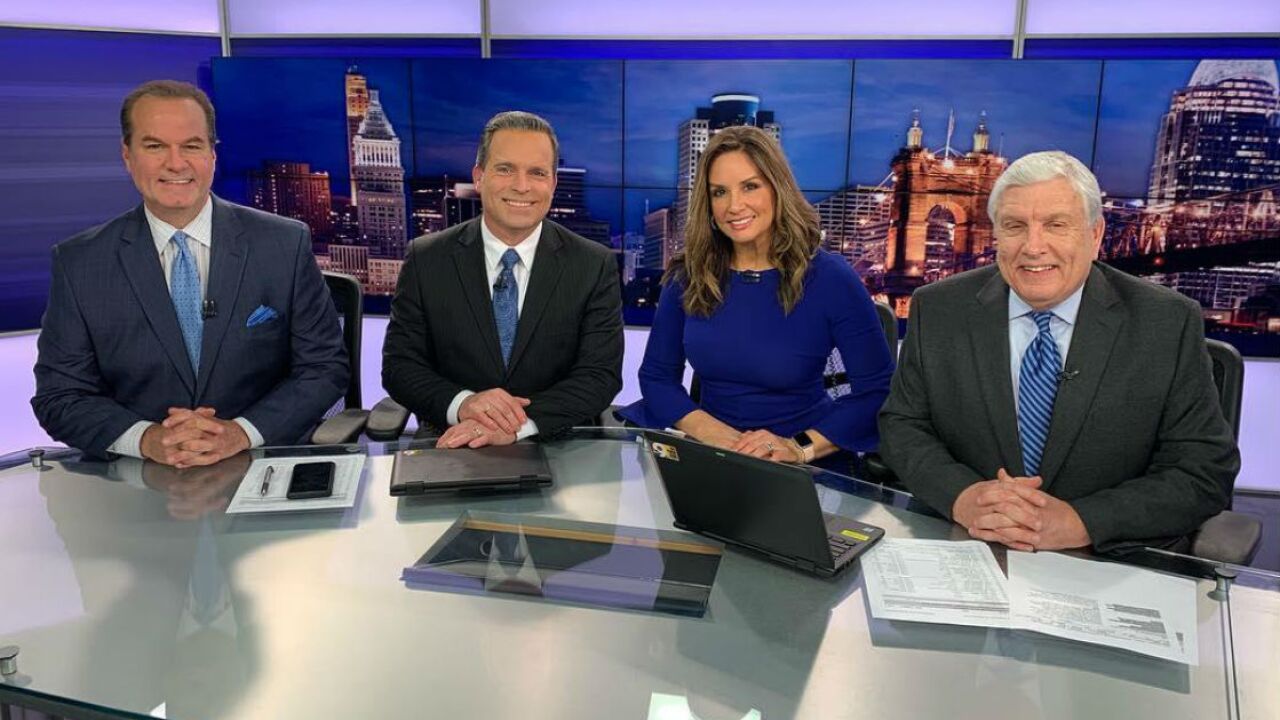 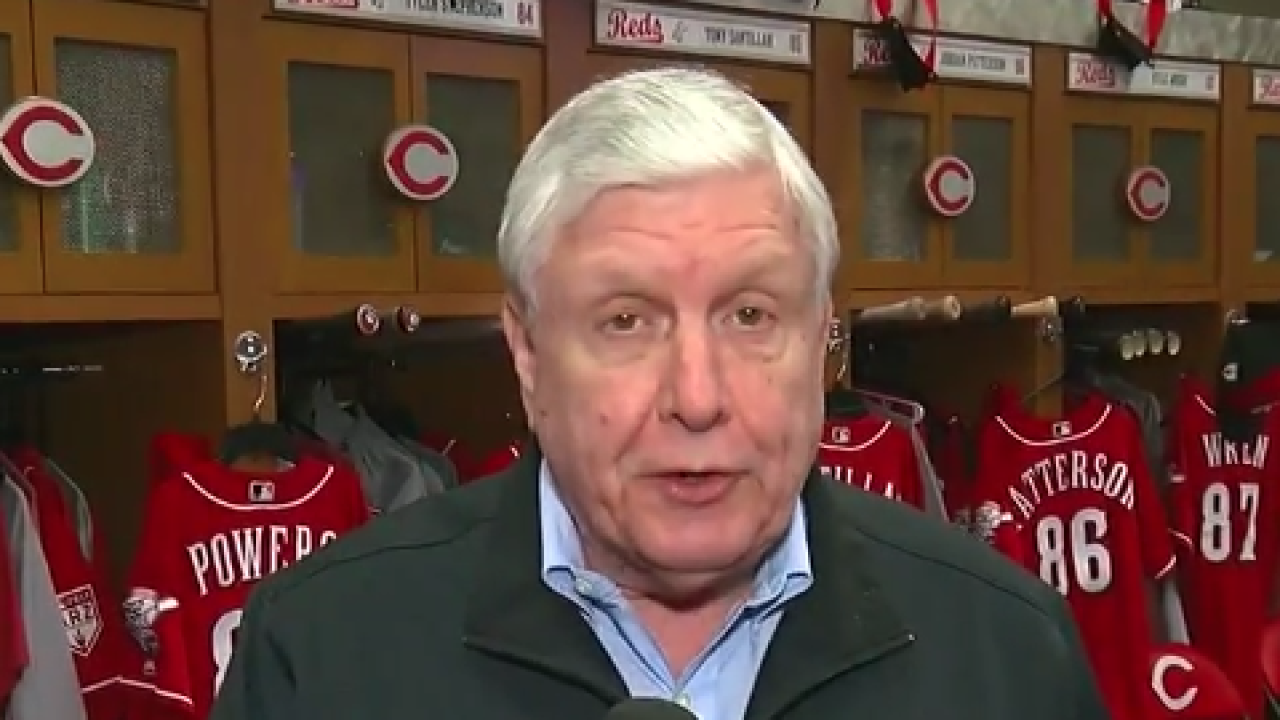 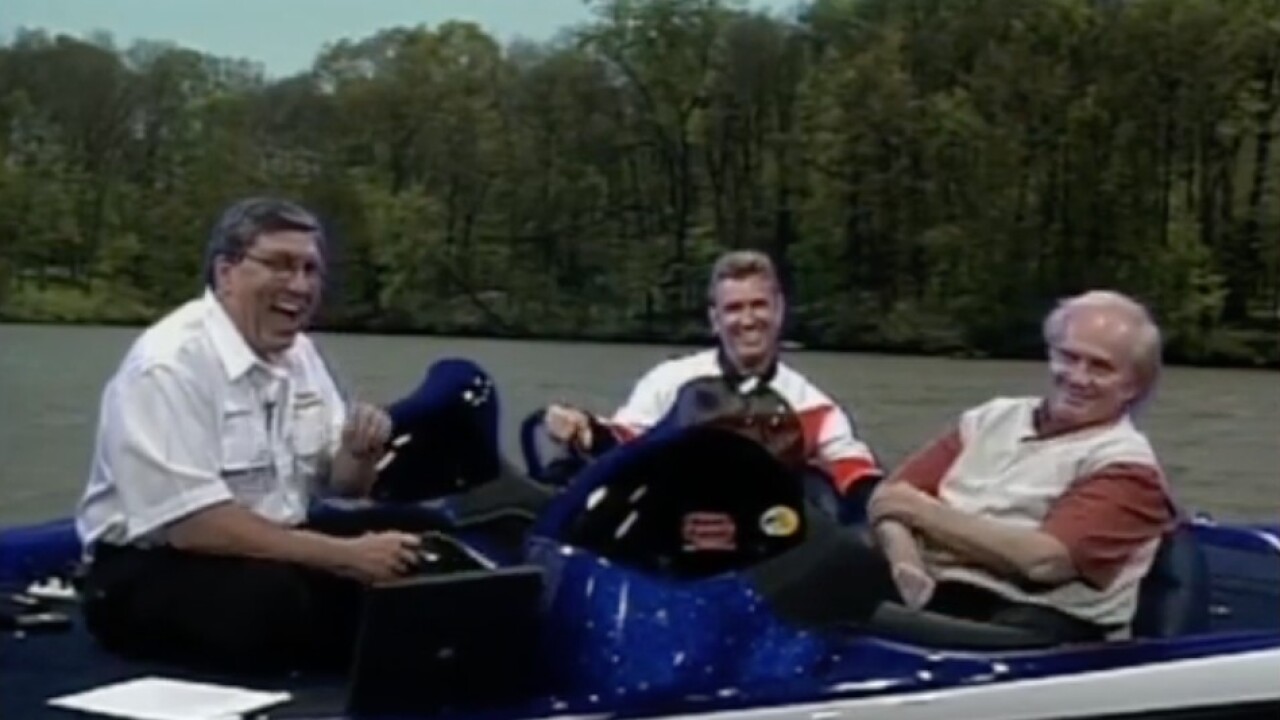 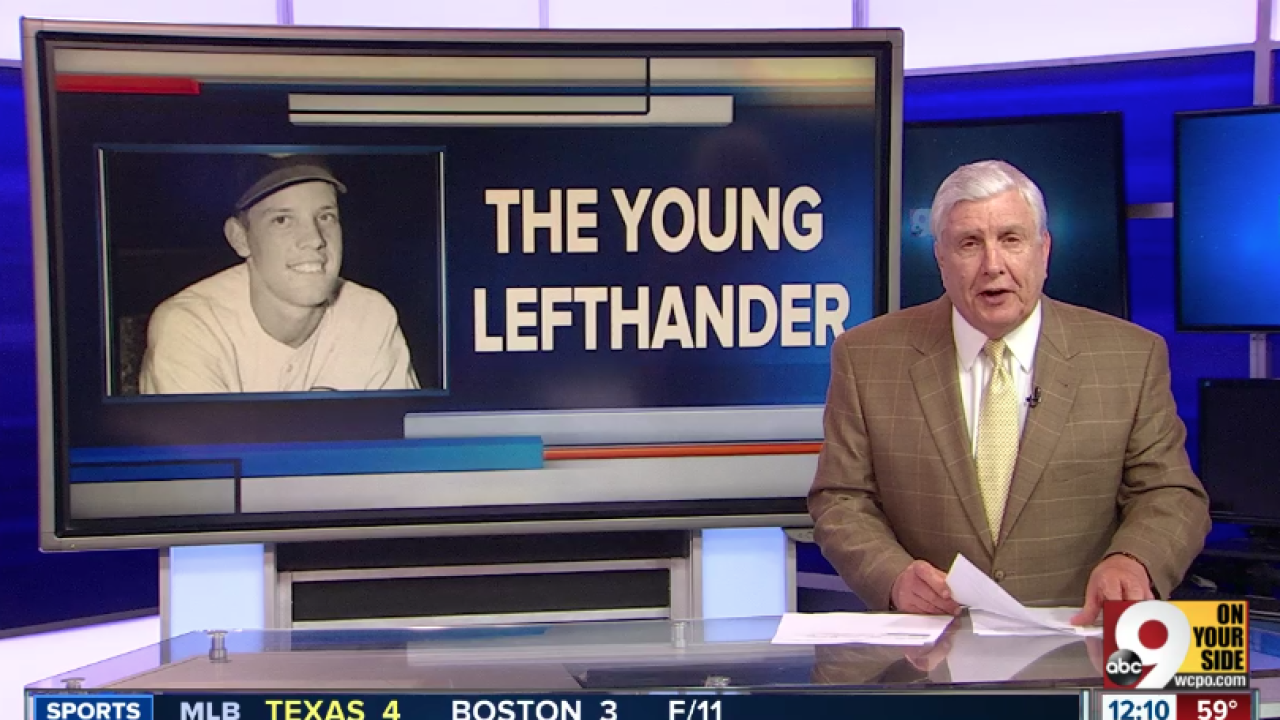 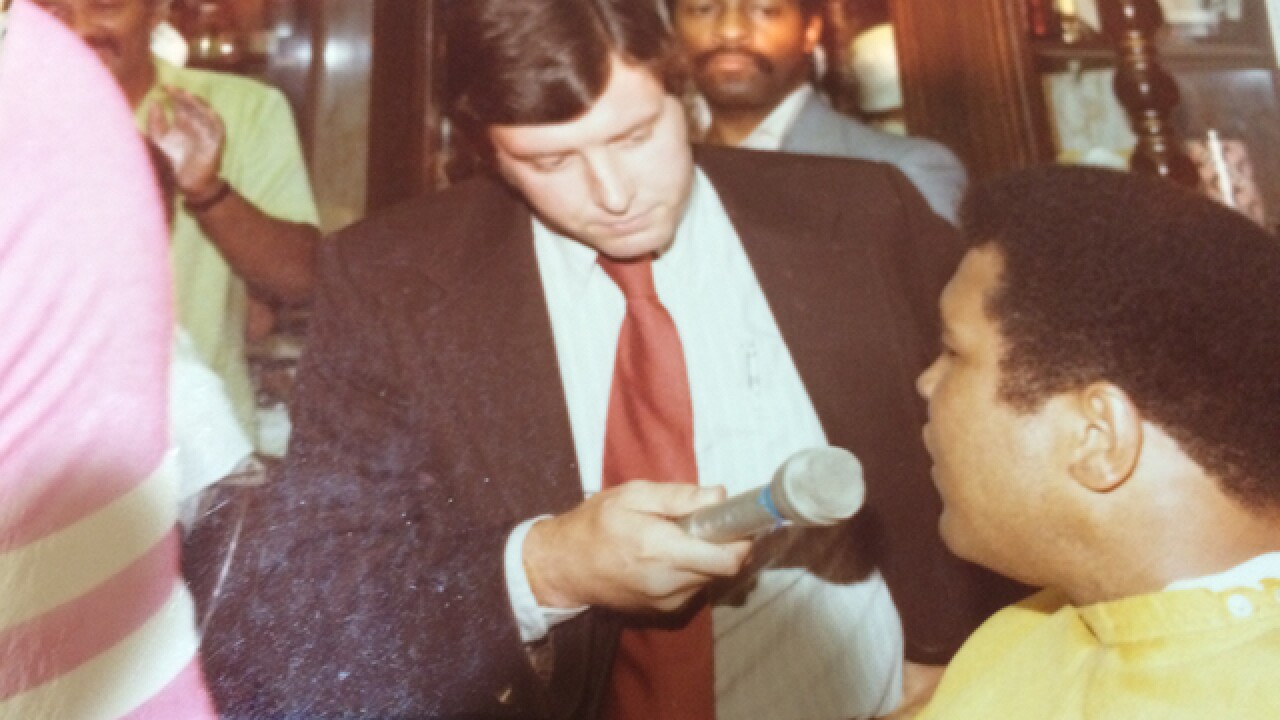 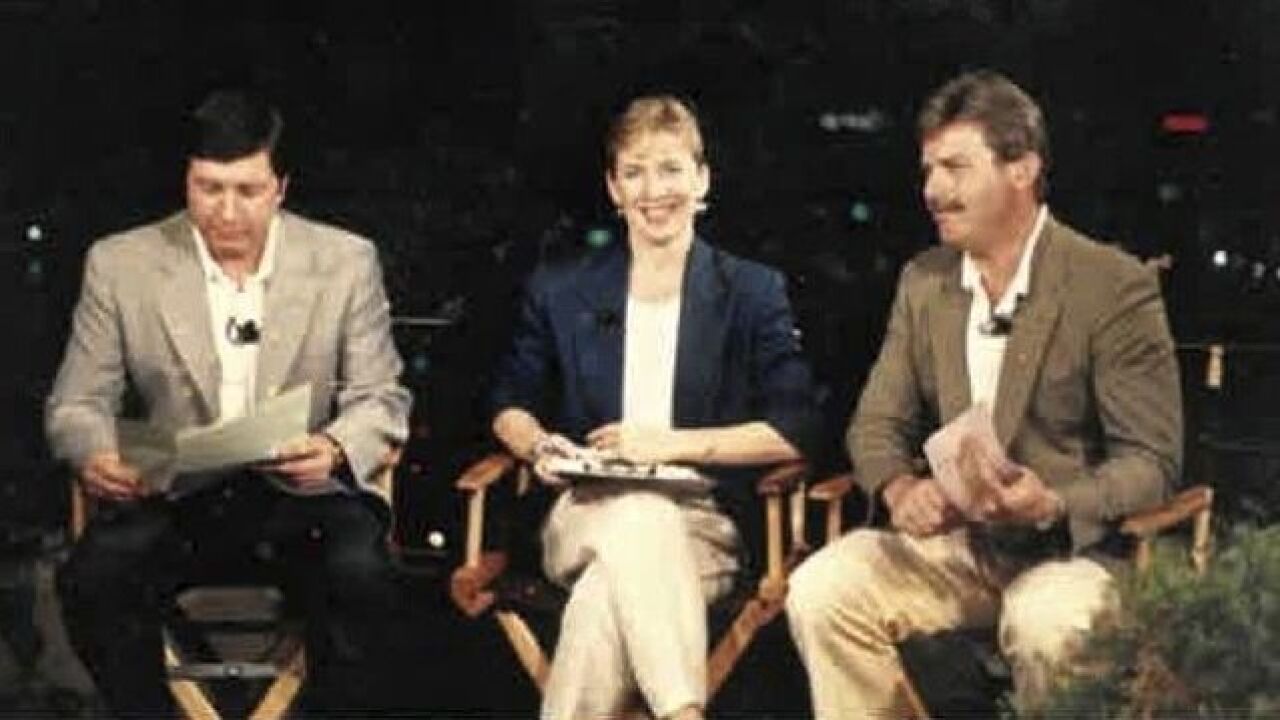 CINCINNATI - For 40 years, John Popovich has brought you sports on WCPO. It’s not the scores and stats, the wins and losses that we’ll remember, but his "voice."

If you hear one of Popo's stories on your TV, you look up and watch. You can't help it. There is something about his style, his turn of a phrase that is so appealing. That and the fact that this honest man's integrity has always shined through.

I've had the joy of working with John for more than a quarter of a century -- and the daunting honor of writing the story about the closing of his career this week. There simply is no finer a man or a writer than our Hall of Famer, John Popovich.

Whether he was interviewing Muhammad Ali getting a haircut at an Avondale barbershop or riding a bobsled down a treacherous course at Lake Placid, New York, or covering high school football on Friday nights, John Popovich made our sports – big and small – special for 40 years.

"I didn't start thinking I was going to do that,” Popo said about working four decades at WCPO. “I was like everyone else – thinking I would go to Davenport, Iowa, to Cincinnati to New York. You know. But they kept giving me things to do – new things, interesting things.”

He was here barely a year when Al Schottelkotte, WCPO’s legendary news director, approached him about doing one of those “new, interesting things.”

“Al Schottelkotte says, 'Why don't we start a program on Sunday nights? ... I’ll give you 50 bucks a week,'" Popo recalled.

“It became ‘Sports Of All Sorts.’"

For more than 33 years, Popo talked sports, interviewed sports celebs and took calls on "Sports Of All Sorts." By the magic of TV, he even talked with fishing buddies while sitting in a real bass boat – dressed in full fishing gear. It looked like they were on a lake, but they were really in the WCPO studio.

"Sports of All Sorts" is still going strong, now in its 40th year as the longest-running sports talk show on Cincinnati TV.

When WCPO decided to air Xavier basketball, Popo got the call again. He covered two Olympics, but never expected to ride in a real bobsled.

"I'm not the most adventurous guy, but we went up to see how a bobsled works,” Popo said.

"He says, 'Want a ride?' and I can't say no, so my photographer hooked up a couple of lipstick cams and that stuff and I don't think my neck's been right since, but it was the thrill of a lifetime.”

There were big interviews.

"I couldn't have been working here a month, and I get a call in the newsroom and I happen to answer the phone and they said, ‘Mohammad Ali is getting a haircut at Stags Barbershop in Avondale.’

Sure enough, Ali was there, and Popo raced over to interview him.

READ more about Popo's memorable brush with "The Greatest."

But John Popovich didn't care if you were a legend. He loved telling stories about anyone, from kids playing street hockey to a local rugby team to an 86-year-old high jumper.

“I probably got just as much satisfaction from talking about the everyday Joe who could spin a ball on his finger or do something interesting,” Popo said.

RELATED: Tweet memories of a sweet career at WCPO.

High school sports always held a special place in Popo’s heart, and it’s where his storytelling talents always shined through. He considers his highest honor being the only sportscaster inducted in Buddy LaRosa’s High School Sports Hall of Fame.

“The one that really stunned me was the morning that Mike LaRosa called me and said, ‘You're going into LaRosa’s Sports Hall of Fame,’ because I admired that from when I first came here,” Popo said.

In honoring Popovich, the Hall of Fame committee said he may have done more to promote Greater Cincinnati high school sports than any one athlete or coach over the last 40 years.

Popo loved high school sports as much as covering a Super Bowl and he loved making a positive impact on high school athletes.

“Nothing's nicer than people saying nice things about your work. I still have letters from people saying thank you for featuring my son on ‘Sports Of All Sorts’ or something. That’s payment – that someone felt good and they thought you told their story well,” Popo said.

“We have a great opportunity to do things that carry some weight and last a long time."

And to think Popo didn't work in sports at the start of his career.

"A lot of people wanted to grow up to be Stan Musial or Johnny Bench. I wanted to be Charles Kuralt, to be honest with you," he said.

"I felt sports was a better fit for me, but news helped me get there. A news reporter gives you a great background for doing anything else."

So why step away now?

"I have two older brothers and they retired when they were 69. They seem to be loving life. They are traveling, doing things with their families, so I'm hoping the genes hold up for the third guy in the family.

"It's time for me to pay it back a little bit.”