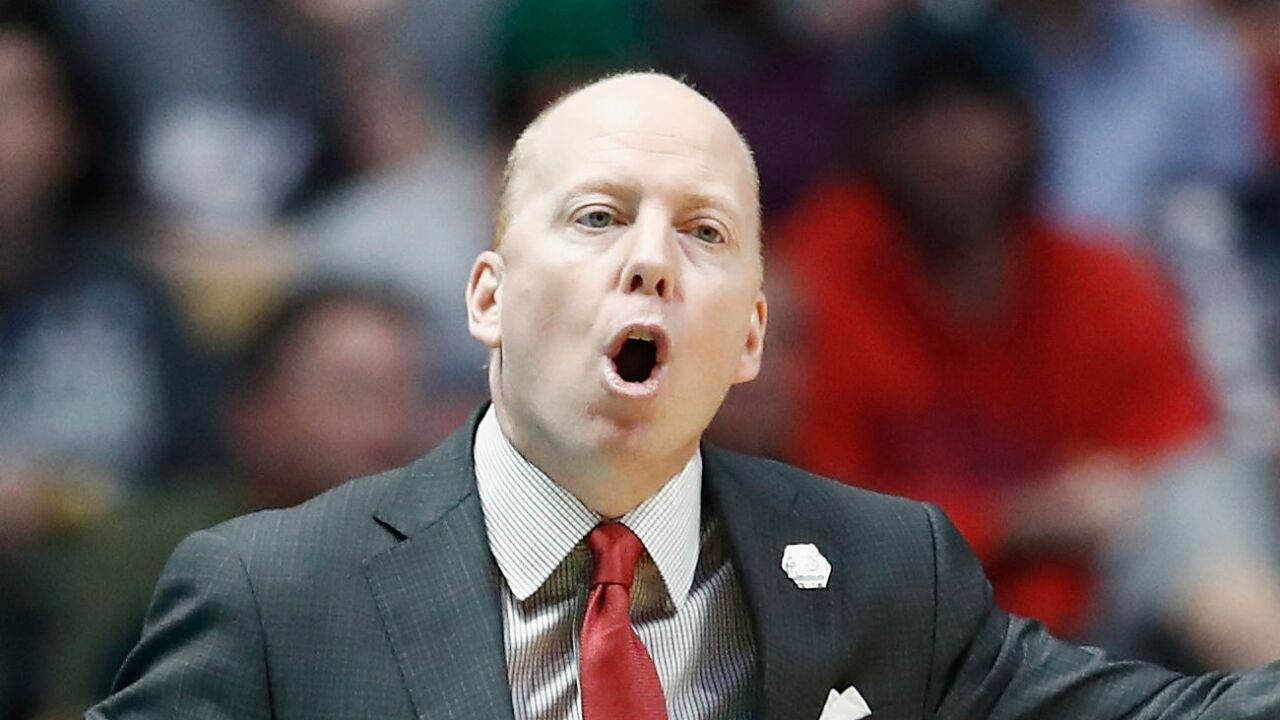 Andy Lyons/Getty Images
Head coach Mick Cronin of the Cincinnati Bearcats reacts against the Nevada Wolf Pack during the first half in the second round of the 2018 Men&#39;s NCAA Basketball Tournament at Bridgestone Arena on March 18, 2018 in Nashville, Tennessee. (Photo by Andy Lyons/Getty Images)

Cronin, a 1997 UC graduate and 1990 La Salle High School graduate, agreed to a six-year contract worth $24 million, according to the UCLA release. He will be introduced on Wednesday morning.

“Coach Cronin informed me at noon ET today (Tuesday) about his decision to leave his position at the University of Cincinnati to take the head coaching job at UCLA,” UC Director of Athletics Mike Bohn said in a statement. “We are thankful to Mick for his work over the past 13 seasons, elevating his alma mater into one of the elite programs in the nation. We wish him well at UCLA. We will begin moving forward immediately on a national search to find our next head coach.”

While UC's vacancy will lead to plenty of speculation about the next head coach, 2019 Ohio Mr. Basketball winner Samari Curtis plans to remain a Bearcat. The Xenia senior guard verbally committed to UC last summer and signed with the Bearcats in November.

Just spoke to Xenia coach Kent Anderson. He told @WCPO Ohio Mr. Basketball Samari Curtis is still signed with #UC and has no plans to ask for his release. Curtis is playing in the Ohio-Kentucky All-Star Game Saturday.

“This is a top-tier basketball job for the right coach,” Bohn said. “With the $87-million investment in Fifth Third Arena, a consensus Top-25 team in the nation returning next season, nine-straight NCAA Tournaments and one of the Associated Press’ Top-10 programs of all time coupled with our strategic investments in student-athlete welfare and the incredible academic resources available at UC, we are confident about the upward trajectory of men’s basketball at UC.”

Cronin has become one of just six coaches in the nation to have led his program to the NCAA Tournament the last nine seasons. Joining him in that group are Mark Few (Gonzaga), Tom Izzo (Michigan State), Mike Krzyzewski (Duke), Bill Self (Kansas) and Roy Williams (North Carolina).

Behind Jarron Cumberland, UC’s second AAC Player of the Year recipient in as many years, the Bearcats found ways to win, clawing out 11 victories by five points or less before claiming American Athletic Confefrence back-to-back league tournament titles for the first time since 1995 & 1996 with a win over No. 11 Houston.

Cumberland averaged 18.8 points, 4.4 rebounds, 3.6 assists and 1.1 steals during the 2018-19 season. He was named an Associated Press Honorable Mention All-American.

"I wish him (Mick Cronin) the best and thank him for all he has done for Jarron," Wilmington coach Mike Noszka said.

"I am incredibly humbled and honored to become the head coach at UCLA," Cronin said in a statement. "I'm especially grateful to Chancellor Block and to Dan Guerrero for this opportunity to join the Bruin Family. UCLA is a very special place with a strong tradition of excellence. To be able to join such a world-class institution is truly a privilege, and I can't wait to get started in Westwood."

UCLA (17-16, 9-9) was seventh in the Pac-12 this past season. The Bruins played this past season without freshman four-star forward Shareef O'Neal, the son of Shaquille O'Neal.

Cronin has compiled a 365-171 record in 16 seasons as a collegiate head coach.

A native of Cincinnati, Cronin helped bring about a rebirth of the Bearcats' program, built upon toughness, tenacious defense and a continued, all-out effort. Cronin's teams at Cincinnati rank as one of just two in the nation (along with Virginia) to be listed among the nation's top 25 in scoring defense each of the past seven seasons.

Cronin, a former La Salle basketball standout, was inducted into the high school's hall of fame this past winter.

As a Lancer, he was voted all-city in 1990. He led the city in assists and second in the city in 3-point shooting percentage. Cronin and La Salle basketball coach Pat Goedde, a 1991 La Salle grad, were classmates and are friends.

"I think it's fabulous," La Salle coach Pat Goedde said of Cronin. "I'm so happy for him. I'm proud of him."

Cronin graduated in 1997 from the University of Cincinnati with his bachelor's degree in history. He started his coaching career as an assistant varsity coach and head junior varsity coach at Woodward High School while he was completing his undergraduate work.

Cronin was the junior varsity coach under Jim Leon at Woodward from 1991 to 1993. Cronin was then a varsity assistant to Leon until 1996.

Leon, who is now coaching at Lakota West, texted with Cronin over the weekend about the possibility of UCLA.

"I joked with him and said if you get this one (the UCLA job) I might want to come with you," Leon said. "He texted back and said, 'Yeah, it's a long way from Reading Road and Paddock where we started.'"

Leon said Cronin kept a low-profile in recent days as speculation continued during the coaching searches. Leon said he plans to reach out to Cronin to congratulate him again.

"You know you got the Lakers, LeBron and Hollywood," Leon said. "I'm thrilled for him."

Prior to becoming the head coach at Murray State in 2003, Cronin served as a video coordinator and assistant coach at Cincinnati and as the associate head coach at Louisville.