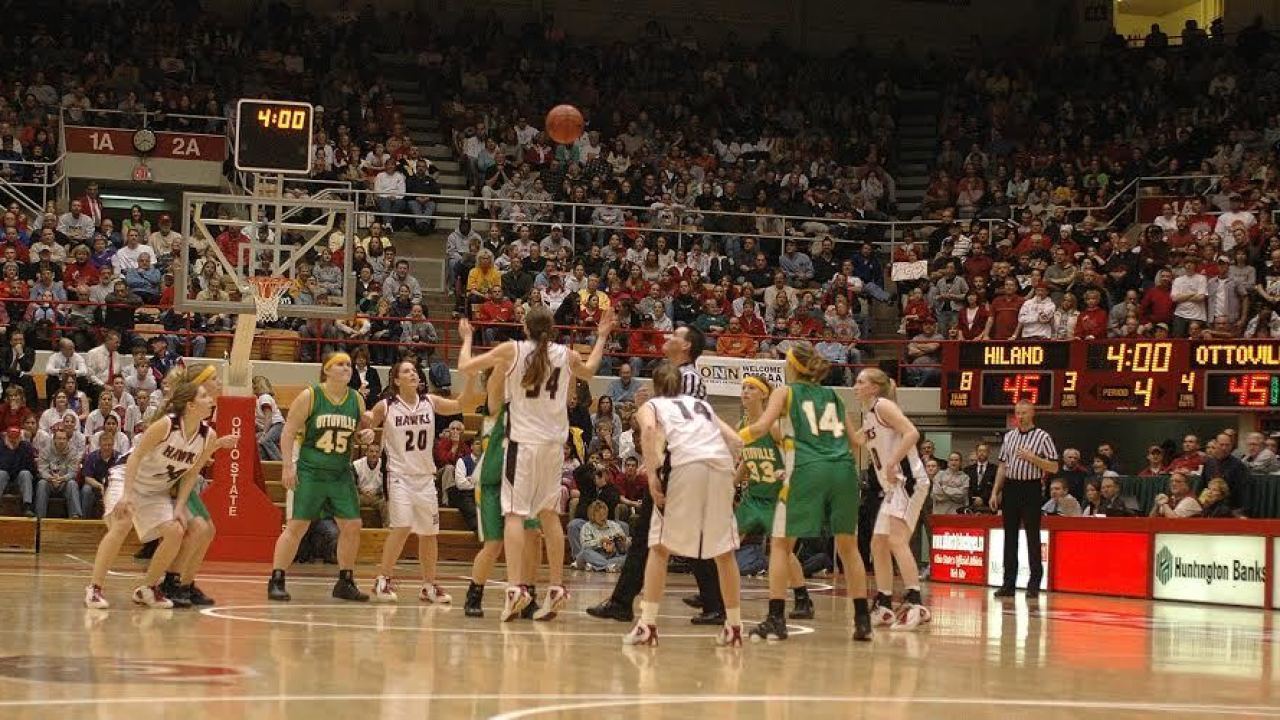 OHSAA
The OHSAA canceled the remaining winter sports tournaments Thursday due to the coronavirus outbreak.

COLUMBUS, Ohio — The Ohio High School Athletic Association announced Thursday it has canceled the remaining winter sports tournaments due to the impact of the coronavirus outbreak.

The OHSAA announced the decision to participating member schools during a conference call and email communication Thursday morning.

“We are just devastated that the tournaments cannot be completed,” said OHSAA Executive Director Jerry Snodgrass said in a statement.

“But our priority is the safety of our student-athletes, coaches, communities and officials. Governor Mike DeWine is asking all Ohioans to do everything they can to stop the spread of this virus. That request, along with our schools not being able to reopen for weeks, means that school sports cannot happen at this time. Even if our schools reopen this spring, it will be difficult to find facilities willing to host the tournaments. Most campuses are shut down until mid to late summer.

The regional and state boys basketball tournaments along with state tournaments in girls basketball, hockey and individual wrestling tournaments are canceled. They had been postponed indefinitely since March 12.

"Deep down I think we all figured this day was coming," Elder wrestling coach Jason Roush said. "It doesn't make it any easier, but it does provide a little bit of closure."

No state champions will be listed for these four sports in 2020. The OHSAA does not use state polls from the media or coaches associations to determine state champions.

These four winter state tournaments and a few events during World War II (1941-45) are the only sports cancellations in the history of the OHSAA, which was founded in 1907.

Snodgrass continued to monitor the situation on a daily basis this week after the OHSAA hosted a press conference March 19 in Columbus.

“We are already planning for ways that these student-athletes will be honored at next year’s state tournament,” Snodgrass said Thursday.

DeWine has ordered a "stay at home" directive signed by the director of the Ohio Department of Health, Dr. Amy Acton. That order is in effect until April 6.

The OHSAA announced March 13 a no-contact period for all school-sponsored sports until at least April 5. There is also a mandatory shutdown of facilities used for the purposes of conducting athletics activities in the same timeframe. The OHSAA office in Columbus is closed until April 6.

Snodgrass said last week the OHSAA may lose potentially up to $1.5 million if the remaining winter sports tournaments were canceled. The OHSAA has a total budget of $19 million.

"The kids are disappointed obviously just as the coaches are," MND coach Dr. Scott Rogers said. "The Ohio High School Athletic Association explored every possibility, nook and cranny. I give them a ton of credit for hanging in there. I just think logistically there was just no way they were going to be able to do this."

MND, the 2019 Division I state champion, is the winner of 44 consecutive games. The Cougars are tied with Pickerington Central (including old Pickerington High School) and Columbus Africentric Early College as the only Ohio schools to win seven state girls basketball titles.

MND most recently played March 7 when the Cougars defeated Kettering Fairmont in a regional final at Princeton. MND waited to see if there was a chance it could play in Columbus in the state Final Four.

"The hardest for me was having the expectation that we might play," Rogers said. "And then try to keep the kids mentally kind of in that mode. That 'Hey, we might still compete.' You have to stay mentally involved in what's going on. Even though they are doing the schoolwork, they had to try to work out in whatever way that they could. Very difficult without having access to a gym. That part was hard."

In boys basketball, two-time reigning state champion Moeller (26-1), ranked No. 28 nationally by MaxPreps, was scheduled to play Lakota East (25-2) on March 14 in a Division I regional final at Xavier University's Cintas Center.

"I was in on the conference call with the OHSAA and got that news," Moeller coach Carl Kremer said. "I reached out to my guys on the team texting that we do. We have a link that we use. It was pretty neat actually. Immediately kids started texting on that link about how much they loved each other. Thankfulness to what the seniors did this year. Sadness that it was over but no one is crying about we don't get a chance to win a state championship. The focus was on the relationships that are now more officially over. I felt good to read that. It made me feel like sometimes kids get it better than us adults get it."

Lakota East coach Clint Adkins said he wasn't totally surprised by the announcement even though his program held out hope there was a chance the tournament could continue.

Adkins sent his players a video thanking them for how the Thunderhawks represented the team, the school and the community as it clinched its first regional final appearance in program history.

"For our seniors, it's so special because even though we are not getting a chance to play Moeller and having an opportunity to maybe go to the final four, they are still leaving on such a high note and doing something that our program has really never done before," Adkins said. "We won back-to-back GMC titles, back-to-back district titles for the first time in school history and then they get to the elite eight, so obviously it's an unfortunate situation that we're in. But at the same time, they leave winners. And not many programs and not many players get to leave their senior year as winners."

In Division III, Deer Park (23-1) was scheduled to play Dayton Stivers the same day in a regional final at University of Dayton Arena.

"I just told the boys that I'm sorry their season had to end this way," Roush said. "I encouraged them to try to focus on all the good. All of the memories and friendships they made. All of the things they learned, not only about the sport but about their self and about life in general."

It has been a difficult journey for the OHSAA and the student-athletes, coaches, families and schools involved in the remaining winter sports since March 10. That's when the OHSAA announced it would allow only limited spectators based upon DeWine's recommendation.

"It's very emotional for me and my staff," Snodgrass told WCPO on March 10. "We work every day for these kids and we are engaged to do it. And it's not just a job. The highlight for us is to see the smiles and to see the experience and see them walk into an arena. I feel horrible that they are denied that."