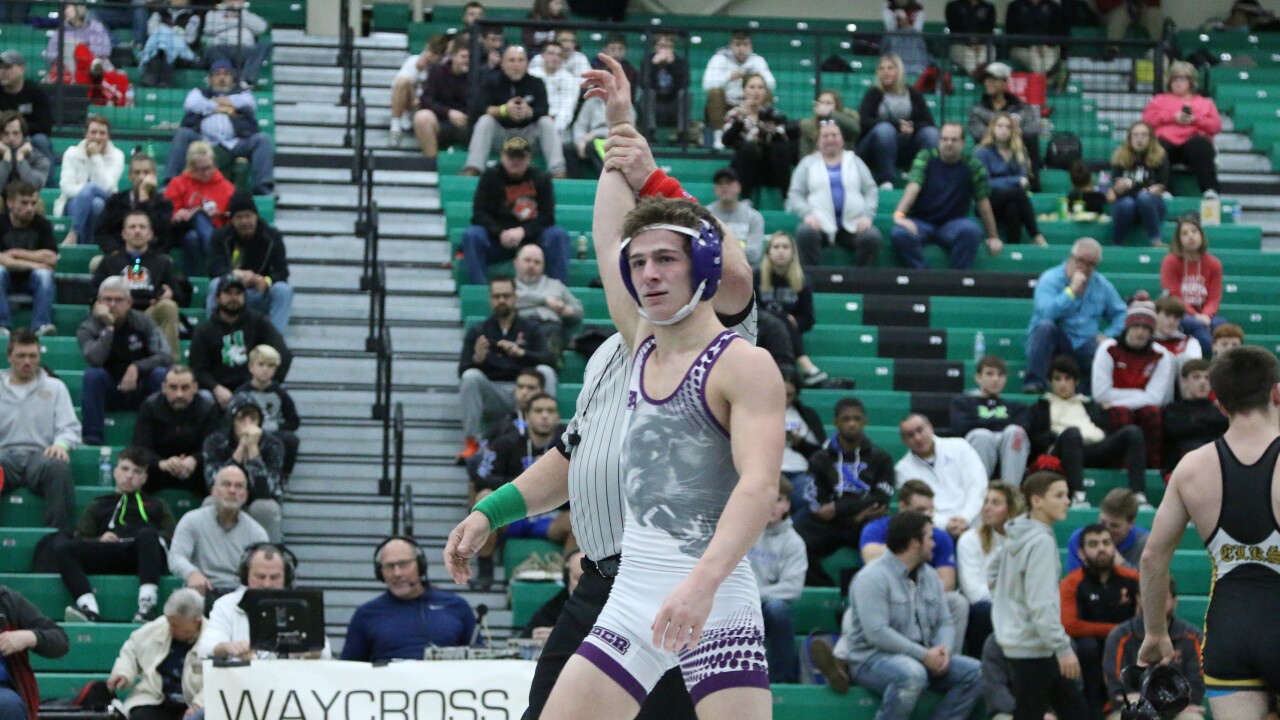 CLEVES, Ohio — Elder senior wrestler Willie Doepker sat in his English class March 12 and couldn't believe his eyes when he checked the sobering news on Twitter.

"'Is this real?'" Doepker asked himself that early afternoon. "My heart just dropped."

The announcement that the Ohio High School Athletic Association had suspended the remaining winter state tournaments indefinitely due to the coronavirus outbreak left Doepker numb.

"You just don't know what to think in that moment," Doepker said.

One week later, Doepker is grappling with the idea he may never wrestle again.

Doepker, who competes at 113 pounds, has a 4.75 weighted grade-point average and plans to study nursing at Xavier University this fall.

"I am closing a chapter and opening a new one," Doepker said. "You just got to keep your head down and keep going."

Reality has been difficult to grasp this month for Doepker, who missed January and most of February with a torn labrum but rehabbed aggressively in order to be ready for an opportunity in Columbus.

Doepker, who is 25-5 this season, was a state placer as a sophomore. But he missed an opportunity at the postseason as a junior when he suffered a concussion a week before the 2019 sectional tournament.

"He came back super motivated this year. Then his shoulder injury happened, which was pretty devastating for him because he thought he was going to be done," Elder assistant coach Jim Schultz said.

Schultz said Doepker's character was tested, but he persevered through it all. It was reminiscent of his entire Elder career.

Whatever decision the OHSAA ultimately makes, Doepker plans to be a volunteer assistant within the Elder wrestling program next season.

"He is the kid I want my kids to be," Schultz said. "I have two young boys who wrestle and they come up to watch him wrestle. They love him. He is just a good kid."

That's what made last week's news so difficult for the wrestlers, as well as the basketball and hockey players.

The state individual wrestling tournament was among the four state tournaments scheduled to be held in Columbus this month. The OHSAA continued to say this week boys and girls basketball, hockey and wrestling are suspended indefinitely due to the coronavirus impact. There is also a no-contact period so no formal practices are allowed.

"We preach all the time to the kids you control what you can control," Elder coach Jason Roush said. "Some things are bigger than the sport of wrestling, but it doesn't make it any easier -- that's for sure."

While the door is still slightly open for those tournaments to be rescheduled if school somehow resumes in April, wrestling may be among the most steep uphill climbs because wrestlers need to meet certain weight requirements.

"It's tough because you have teenagers looking at coaches for some advice or for some answers," Roush said. "We've never been in this situation. You don't really have the words to tell them. You just have to say, 'Hey, we're learning the information as you are.'"

Doepker, a four-year starter and a two-year captain, is one of four Elder wrestlers who were slated to make the trip to Ohio State University's Schottenstein Center.

Doepker is staying busy with his online learning and working out in the family basement.

"I get up every day and grind it out," Doepker said. "There is not much else you can do. Coach Schultz has texted me multiple times saying, 'Don't give up. There is still hope. It hasn't been canceled yet.'"

Even if a state individual tournament could happen in May, wrestlers and coaches would jump at the chance.

"I definitely think there is something that can happen," Doepker said. "You never know."