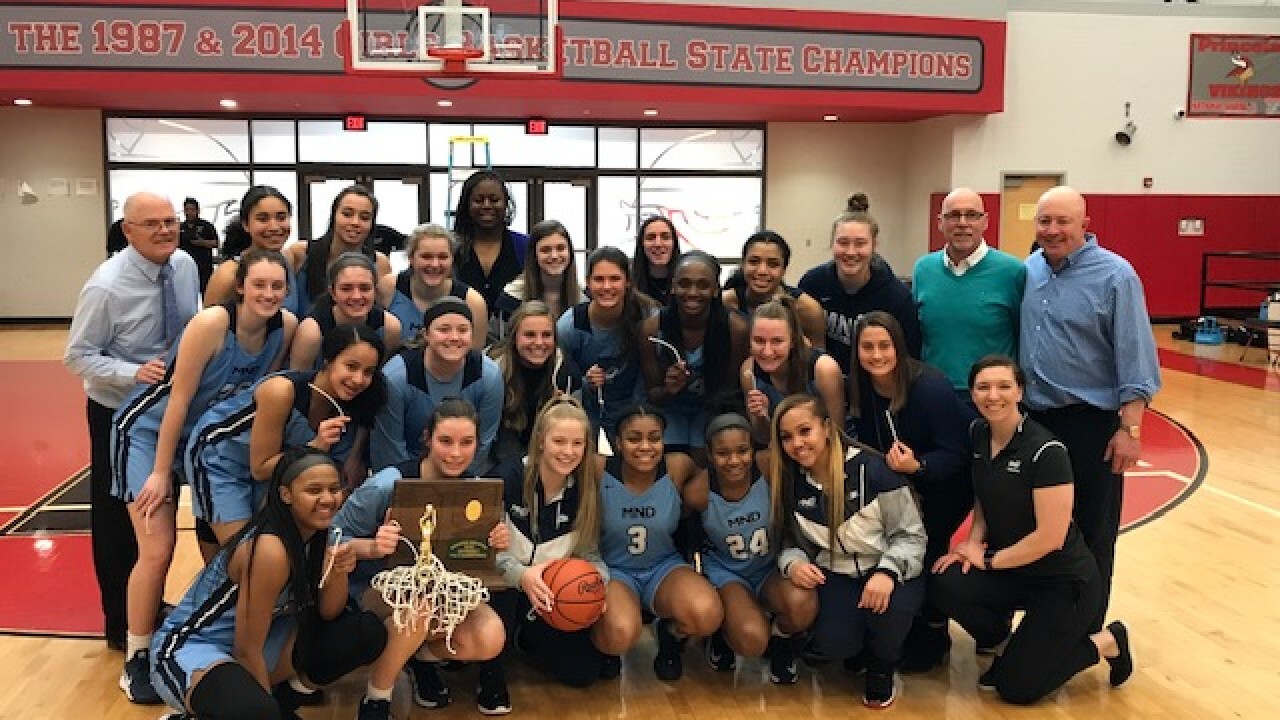 "I am sure when they see that they will be excited," MND coach Dr. Scott Rogers said. "They had a heck of a year. I'm really proud of them."

MND (28-0) was scheduled to play Toledo Notre Dame Academy (24-3) in a Division I state semifinal March 13 at St. John Arena in Columbus.

Rogers, a Jersey Mike's Naismith high school coach of the year finalist, said the 2019 state champion Cougars didn't focus on rankings all winter. MND truly just wanted to win a state title and let the rest take care of itself.

"This team just did not want to lose a game," Rogers said. "They just had that knack in them."

Rogers said he has spoken to his players this week and emphasized that the most important aspects are to stay safe and healthy.

"They're hanging in there," Rogers said. "They were devastated (when the postponement) happened."

MND, which averages 68.6 points and allows 37.1 points, is led by several players including sophomore guard KK Bransford (20.2 points per game), who reached 1,000 career points March 7 when the Cougars defeated Kettering Fairmont in the regional final at Princeton.

Senior point guard Makira Cook (University of Dayton signee) averages 17.6 points. She has been a leader for the Cougars all season.

"Makira and Grace did a great job leading and we also had really good players," Rogers said. "They were all on the same page."

Junior forward Autumn Crockett (four points and six rebounds in the regional final) and junior Cassidy Stainton are among the other significant contributors.

MND opened the season in late November with a 61-59 overtime win over then-national No. 1-ranked New Hope Academy (Landover Hills, Maryland). The Cougars persevered through one of the most difficult schedules the program had ever faced.

"I'm hard pressed to believe there's a better backcourt in the country than Makira Cook, Laila Phelia and KK Bransford, guided by Dr. Scott Rogers, who has coached some of the best players and teams to ever come out of Ohio," McKey said. "The tradition at MND is one of a kind and one that their players, coaches and school should be extremely proud of."