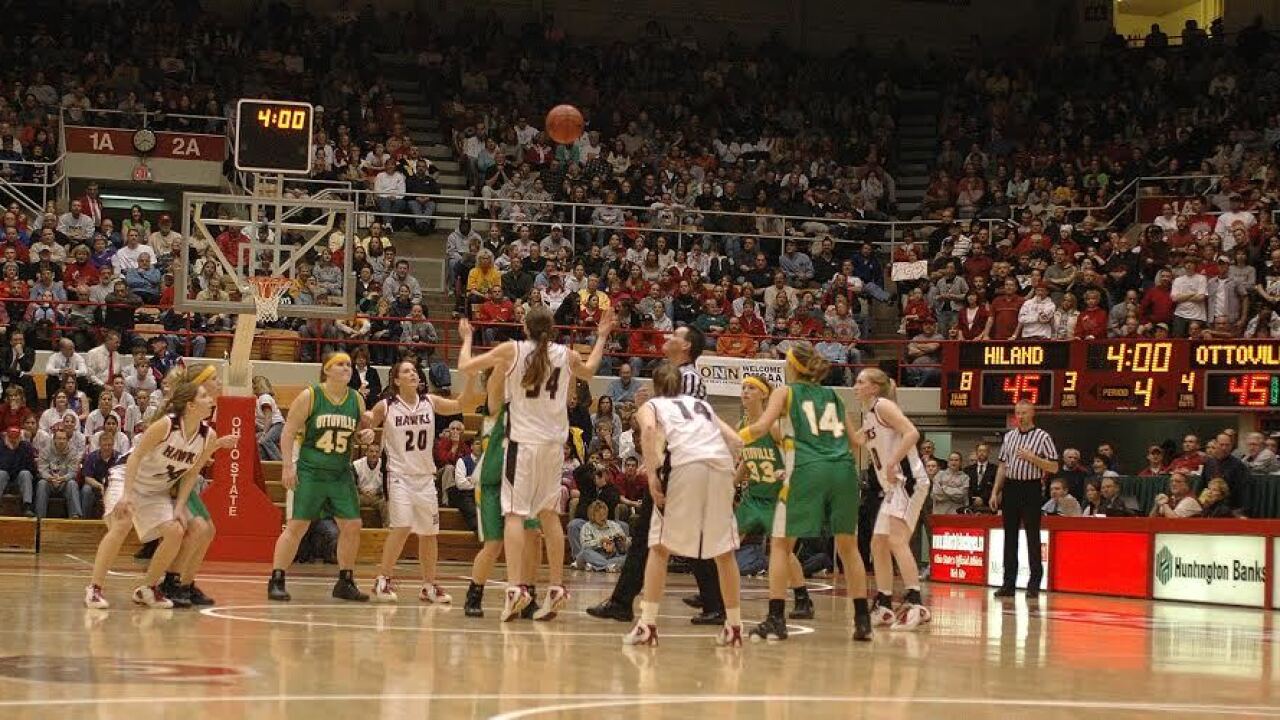 "I don't want to say he blindsided me, but it did kind of surprise me a little bit," Snodgrass told WCPO Tuesday night. "Because we had been meeting with Ohio State all week long. We've had staff meetings non-stop on all the what-ifs. And I was kind of led to believe that the call was going to be about just for him to get an inventory of all the events around the state."

DeWine, who was joined on the call by Ohio Superintendent of Public Instruction Paolo DeMaria, recommended Tuesday afternoon that all indoor sporting events in Ohio, including high school, collegiate and professional sports, continue without most spectators in attendance as Ohio seeks to contain the spread of the COVID-19 or coronavirus.

"Governor DeWine initially recommended that indoor events continue, but with no fans in attendance," Snodgrass told WCPO. "After talking about the importance of this to parents, he did agree to permitting parents to attend. Our decision to permit this was done with his endorsement."

DeWine said earlier Tuesday the new policy is not only the safety of the spectators but for anyone the spectators might come in contact with afterward, according to the Dayton Daily News.

“We would hope that anyone who has the responsibility for conducting these events will make the right decision,” DeWine said.

Snodgrass said the OHSAA met about the possibility if this situation occurred whether to postpone the games.

However, Snodgrass said he kept hearing the same theme when he spoke with the Centers for Disease Control and Prevention and DeWine's medical advisors.

"The one given is: It's going to get worse before it's going to get better," Snodgrass said. "And now we've seen universities do what they are doing. We knew that we couldn't delay it. It would make no sense to delay it until mid-April or late April. So we knew at that point going into this, if we faced this, that we were going to continue with the limitations that we had to put into place."

Snodgrass told DeWine it would be difficult to halt any Tuesday games with the new policy, so the governor supported the OHSAA's decision, given the timeline.

The OHSAA held a conference call with the schools participating in the state girls basketball tournament Tuesday afternoon. Mount Notre Dame Athletic Director Mark Schenkel said the group was informed that student sections wouldn't be allowed to attend St. John Arena this weekend in addition to other instructions.

Shortly before 9 p.m., the OHSAA announced the ticket policy Tuesday night in addition to other procedures regarding the regional boys basketball along with state girls basketball, hockey and individual wrestling tournaments.

There will be no student sections or pep bands starting Wednesday night in the regional boys basketball games. The OHSAA is gathering additional information from the schools remaining in the boys regional tournament in order to prepare for the state tournament March 19-21.

“We are following the governor’s instructions and are doing this for the safety of Ohioans,” Snodgrass said in a release. “This is a very difficult time and we need our schools and fans to know that we have been told we must do this. We must pull together to do the best we can to conduct these tournaments so that the student-athletes can still finish their seasons, which have gotten them to the pinnacle of their sport.”

Snodgrass was in the OHSAA office in Columbus shortly before 9 p.m. Tuesday wondering when he and several other staff members would go home. It had been quite a day. Tuesday was a very challenging decision.

"It's very emotional for me and my staff," he said. "We work every day for these kids and we are engaged to do it. And it's not just a job. The highlight for us is to see the smiles and to see the experience and see them walk into an arena. I feel horrible that they are denied that. But, I am also trying to do the best to make the experience what it can be."