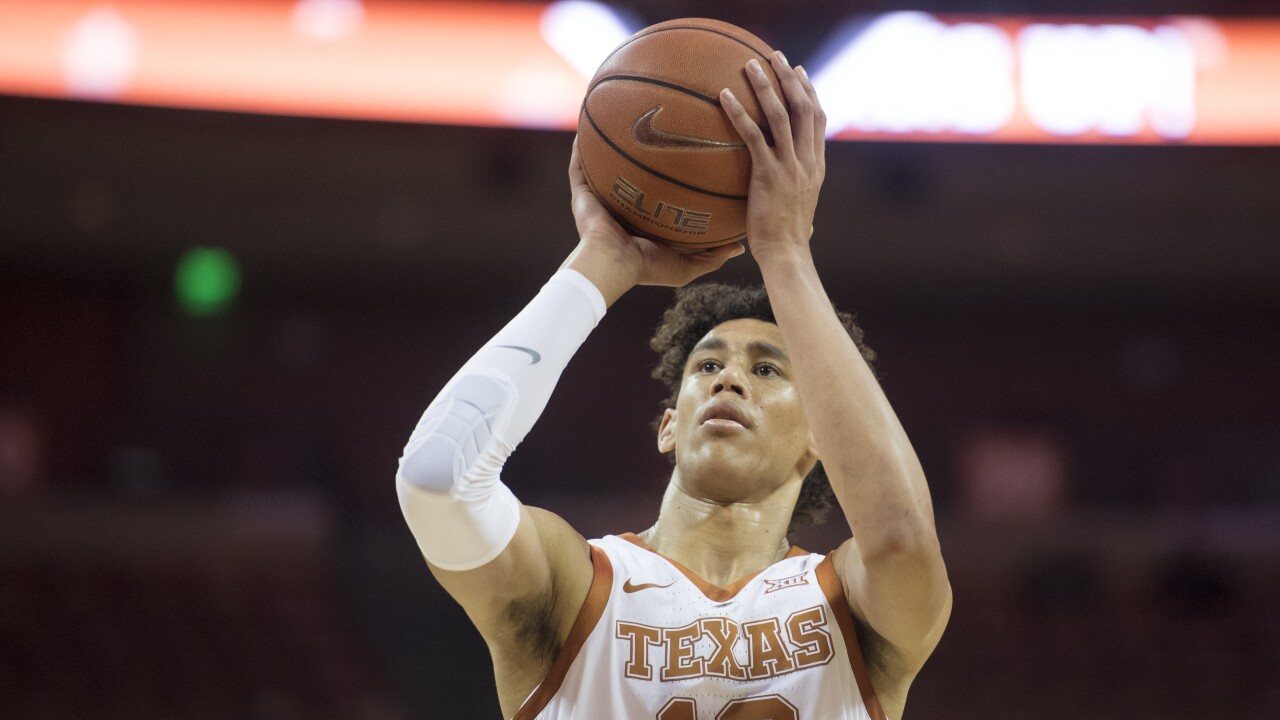 Hayes, a 6-foot-11 forward who declared for the draft after his freshman season at the University of Texas, was selected by the Atlanta Hawks but on-track to be traded to the New Orleans Pelicans by the time he stepped off the stage. He will become the first Moeller graduate to play in the NBA.

The 19-year-old was consistently projected by several reputable mock drafts to be a lottery selection this spring. He also received a prestigious invitation to the green room, which is reserved for players expected to go early.

“It’s really cool; obviously just being able to the NBA Draft is every kid’s dream,” Hayes told WCPO earlier this month. “It’s obviously really exciting, but at the same time you have to stay humble.”

“I don’t know how prepared any 19-year-old kid can be for what is going to happen with him,” Kremer said last week. “But, I feel as confident about how Jaxson Hayes will handle that as any kid. He’s got the great family support. He’s got a good head on his shoulders. He’s a great kid. He’s been raised the right way. I think he’s going to handle it great. It will be fun to watch what will happen in the next several years.”

He wasn’t considered a one-and-done candidate when he verbally committed to the Longhorns in September 2017. There was even discussion about Hayes being red-shirted. By January 2019, Kremer had begun to receive phone calls from NBA teams.

Hayes did not start a varsity game for the Crusaders prior to his senior season, but as a senior, he led Moeller to its fourth state basketball title in March 2018. He had 14 points, six rebounds and three blocks in the state final win over Solon in Columbus.

Hayes was 6-foot-1 and 120 pounds his freshman season, about 6-foot-5 his sophomore season and 6-foot-7 as a backup and varsity contributor during his junior year. Still, he accepted his role and was patient with the process in helping the Crusaders.

“It’s really neat,” said former Moeller forward Riley Voss, who is now at Cornell. “Just to be able to say I got a chance to play with him. I’m really excited for him. I think it’s a great opportunity. He definitely deserves (it). He is a great kid and a great teammate. I think he’s got a lot of potential in the league.”

Former Princeton basketball standout Darius Bazley was drafted at No. 23 by the Utah Jazz but traded to the Oklahoma City Thunder.

The 2018 Princeton graduate made national headlines last spring when he announced his decision to forgo a Syracuse scholarship and enter the NBA G League. Later, the 6-foot-9 forward decided to skip the G League.