After one year of college, he's likely to be lottery pick 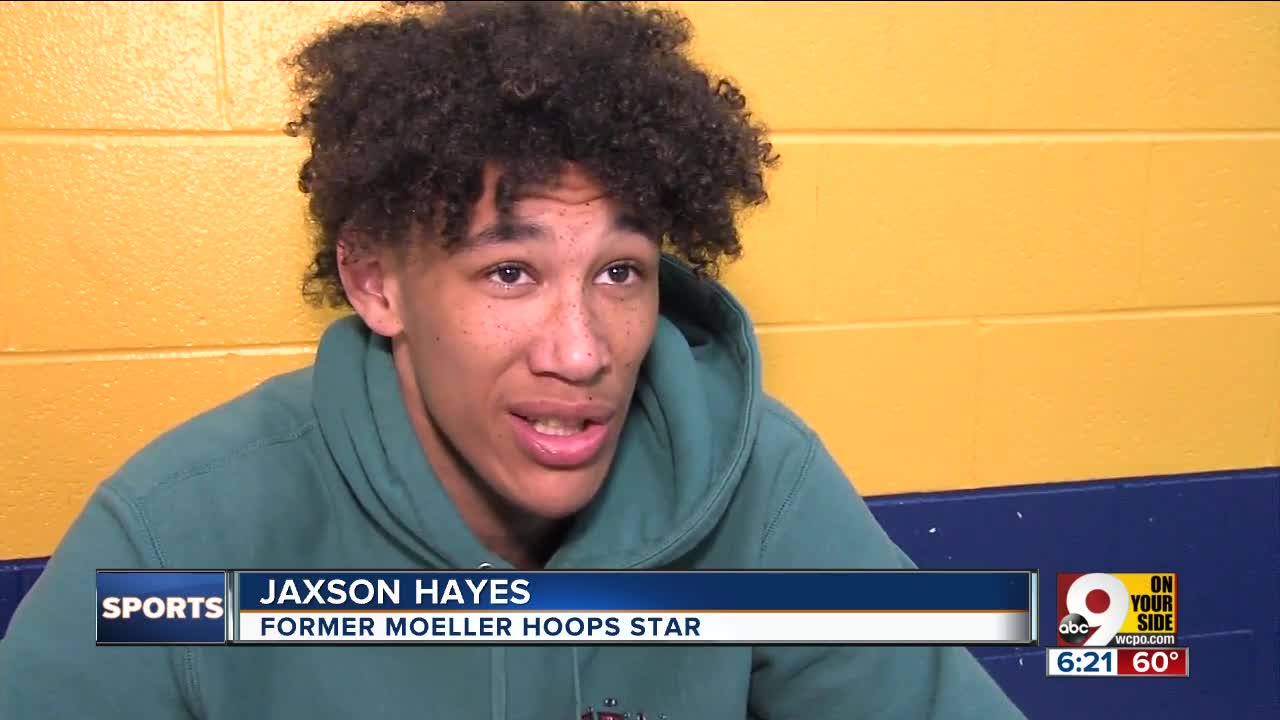 Former University of Texas forward Jaxson Hayes, a 2018 Moeller High School graduate, was able to relax with family and friends last week as he prepares for the NBA Draft June 20. 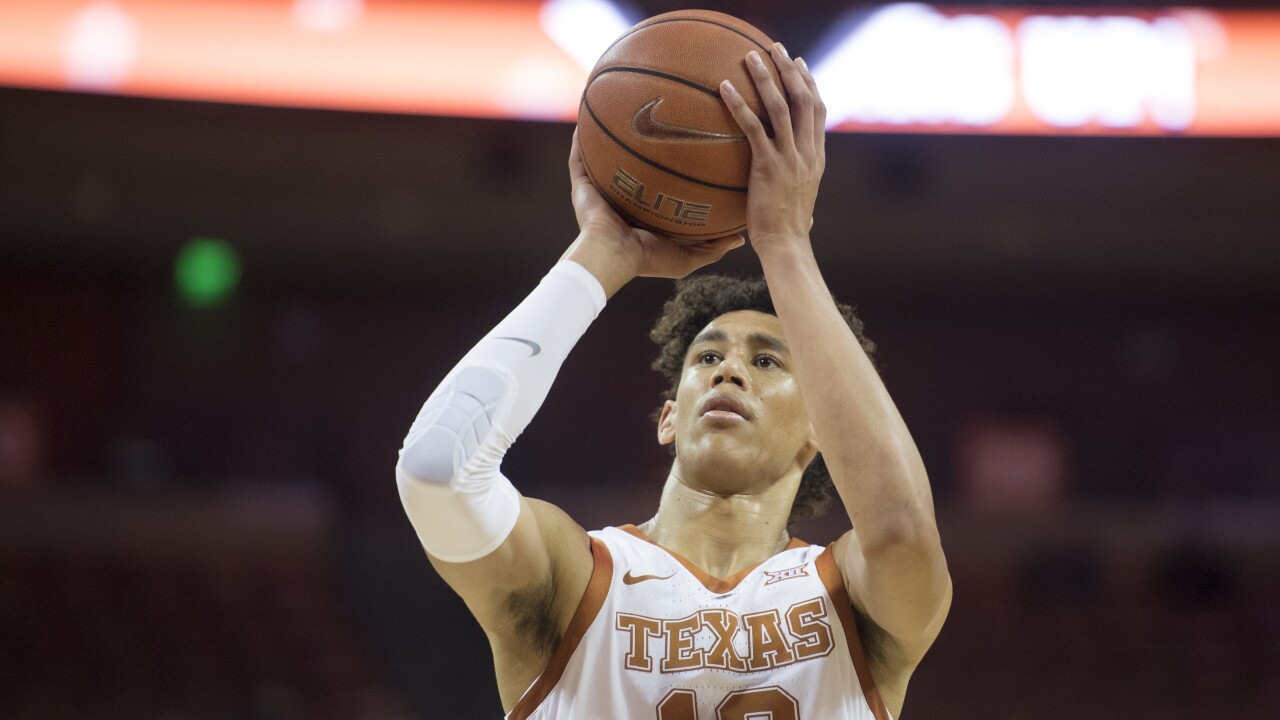 SYCAMORE TOWNSHIP, Ohio — Jaxson Hayes has so many favorite home-cooked meals that it’s difficult to pick his top dish.

So when the former University of Texas and Moeller High School basketball standout returned to his parents’ house in the Loveland area last week, he enjoyed playing video games, catching up with family and friends and sleeping in his own bed.

He also couldn’t wait to devour hamburger ring, a dish consisting of a croissant with ground beef, ketchup, mustard, onions and baked with cheese on top.

Kristi Hayes, Jaxson’s mother, smiled at having the entire family under one roof - albeit for a short occasion.

As Jaxson prepares to be a likely lottery pick in the NBA Draft June 20 (7 p.m., ESPN) at the Barclays Center in Brooklyn, the Hayes family is enjoying some time together during a busy summer.

“I think anytime one of your children’s dreams come true, it warms your heart as a parent so I am just so happy for him," Krtisti said. "I think he is ready for that moment and to get started on being at his location and playing.”

Hayes, a 2018 Moeller graduate, will likely be the area's most recent first-round NBA draft pick since Detroit Pistons guard Luke Kennard, who was the No. 12 pick overall in 2017. Kennard, a 2015 Franklin graduate, played at Duke.

“It’s really cool obviously just being able to the NBA Draft is every kid’s dream,” Jaxson said. “It’s obviously really exciting but at the same time you have to stay humble.”

“Fortunately for him this has been my life dealing with this type of thing,” said Jonathan, who recently accepted the head coach and general manager position of an XFL team in St. Louis.

“Whether it’s agents or financial planners or whether it’s just your work ethic, the process – it's about getting yourself ready to go out and present yourself to someone because you are the product. As long as he understands that and continues to grow with that, things will be fine.”

Jonathan and Kristi are quick to say wherever Jaxson lands, it’s his own opportunity and they won’t be caught up in the particulars. The Hayes’ siblings have their own unique journey.

Jillian Hayes, Jaxson’s younger sister, is one of the area’s most recruited high school girls’ basketball players in the 2020 class. She will be in Minnesota this weekend for an AAU tournament before the family travels to New York for the draft.

The Hayes family members keep their phones synced to the same calendar so they all know what each other is doing and the location in a particular week.

“What is really neat is everybody wants to be together,” Kristi said. “And that’s what is fun.”

Asher Morton, Jaxson’s longtime neighborhood friend and former Moeller classmate, stopped by the house to hang out last week and play some video games. Both have known each other since they were 3 years old. They played lacrosse together in grade school.

“They were just kids being kids,” Kristi said. “And it was so neat to see there was no pressures, no spotlight and no phones.”

Jaxson, 19, enjoyed the diversion last week. He’s answered plenty of questions from the media and NBA teams over the course of the spring. He’s ready to seize the opportunity.

Jaxson's journey is well-chronicled. He doesn’t seem fazed by how quickly his stardom has risen through one year of college basketball in Austin.

Hayes is projected by several reputable mock drafts to be selected by the Atlanta Hawks, possibly at No. 10.

“It’s so exciting to see that because I could remember first seeing him when he was a freshman,” said Walsh University junior guard Caleb Canter, a former Moeller teammate. “He was like 6 foot 3. He was super skinny still.”

Canter will be among those Moeller alumni in attendance for the school’s watch party June 20 in the auditorium.

“It’s awesome,” Canter said. “He just represents our school so well. He was always the nicest kid on the team. Everyone liked being around him. He’s pretty funny.”

Hayes, his family and Moeller coach Carl Kremer will be inside the Barclays Center's green room, which is designated for probable lottery picks.

“I know that very few high school coaches ever get to experience that so really I am humbled by it and kind of overwhelmed actually when Jaxson called me,” Kremer said this week.

Hayes is convinced he won’t change as a person. And he also won’t forget the support he’s received from Moeller High School while in the NBA.

“I don’t know how prepared any 19-year-old kid can be for what is going to happen with him,” Kremer said.

“But, I feel as confident about how Jaxson Hayes will handle that as any kid. He’s got the great family support. He’s got a good head on his shoulders. He’s a great kid. He’s been raised the right way. I think he’s going to handle it great. It will be fun to watch what will happen in the next several years.”