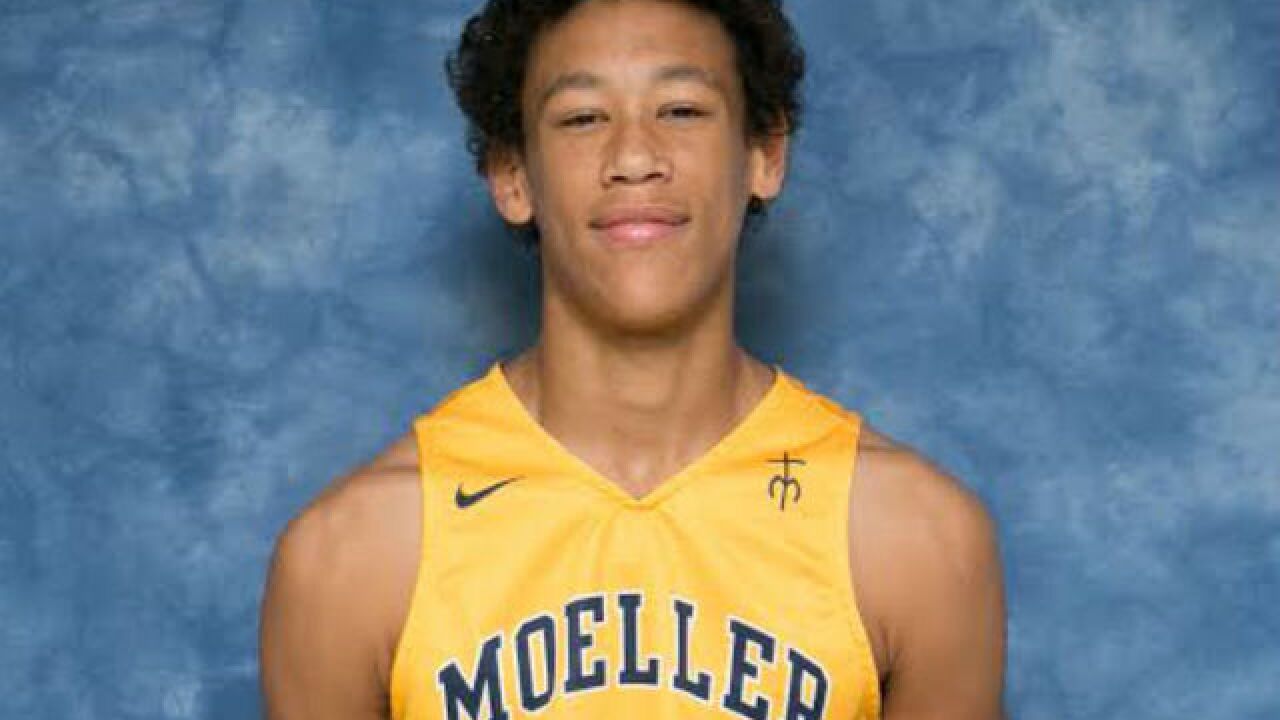 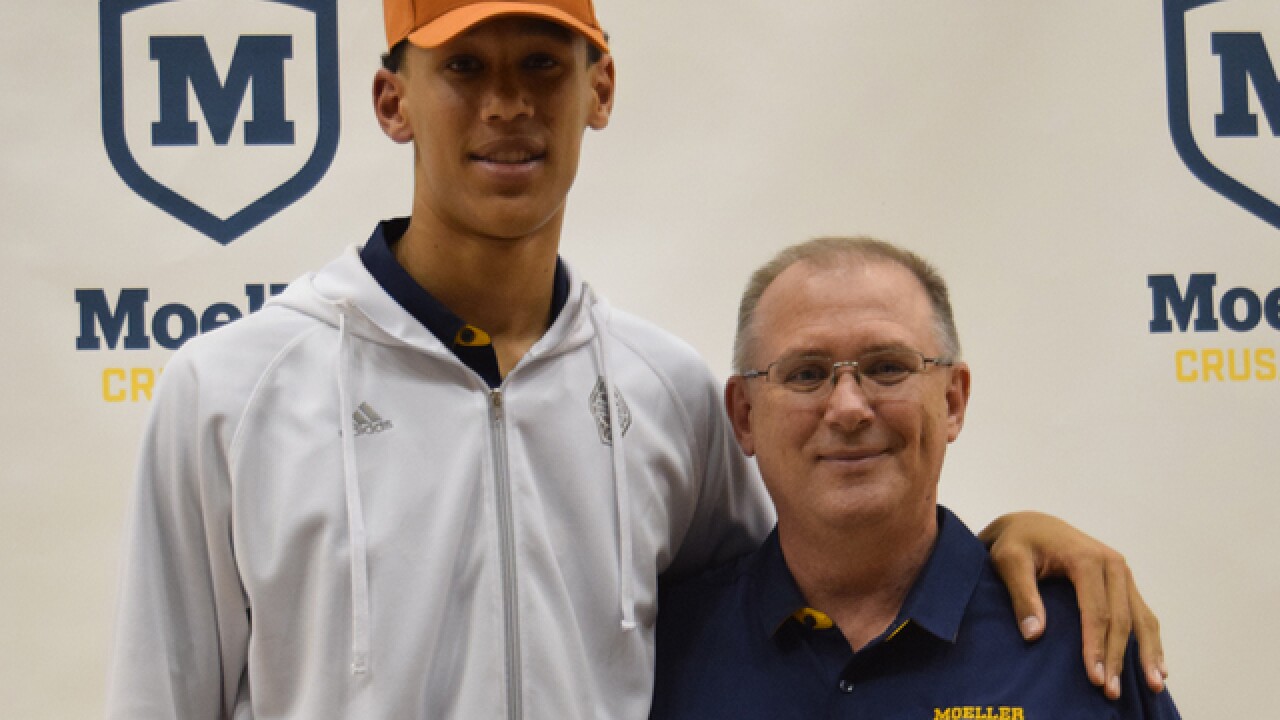 His announcement Friday virtually completes a meteoric rise in recruiting this spring and summer despite not having ever started a varsity game for the Crusaders.

Hayes is the first Moeller basketball player to receive a scholarship offer from Texas and commit to the Longhorns under longtime Crusaders coach Carl Kremer. The Moeller coach started during the 1989-90 season.

Hayes took his official visit to Austin the weekend of Sept. 8-9 and he felt compelled to commit on the visit but his family implemented a 48-hour rule to consider all his options. Hayes said the feeling about the Longhorns returned earlier this week.

“He is so excited,” said Kristi Hayes, Jaxson’s mother. “He loves his decision and I truly believe it is a great choice.”

Jaxson is an athletic rim protector and finisher with a guard skill set who can run the floor. He is one of Ohio’s most highly recruited area basketball players in the 2018 class despite being in a backup role to Moeller 2017 forward Riley Voss (Cornell) last season.

Jaxson is rated the state’s No. 6 player overall in the 2018 class by 247Sports. He had 35 scholarship offers during the recruiting process. Kremer said the Longhorns' style fits Jaxson well.

"I think (Smart) is one of the class guys in the business," Kremer said. "I feel good handing Jaxson over to him. I think their style of play will be great."

Some of college basketball’s most high-profile coaches and programs visited Moeller in mid-September to watch Jaxson work out.

"All the schools that recruited (Jaxson) particularly those at the end where he had Xavier, Butler, Kentucky, Georgetown were so first class in every way that they handled the process," Kremer said. "All the coaches were so gracious in how they handled Moeller basketball as well as Jaxson. We're grateful. You can only choose one (school). I'm really happy for Jaxson and Texas."

Jaxson, who led the Greater Catholic League South division with 31 blocked shots last season, has the genes of two former collegiate All-Americans in his father, Jonathan, a standout at the University of Iowa and 12-year NFL player and mother Kristi (Kinne), a Drake University basketball standout who averaged more than 50 points her senior year of high school in Iowa.

"Clearly Jaxson is being recruited on his incredible upside potential with his length - he is probably a legit 6-11 now and a 7-3 wingspan," Kremer said. "He's going to get bigger. On top of that, schools love the fact that he is high character."

Moeller finished with a school-record 28 wins and was undefeated until the Division I state final last season.

Hayes is the second player from this season's Moeller team to have committed to a college program. Moeller senior point guard Isaiah Payton committed to Indiana Wesleyan in August.