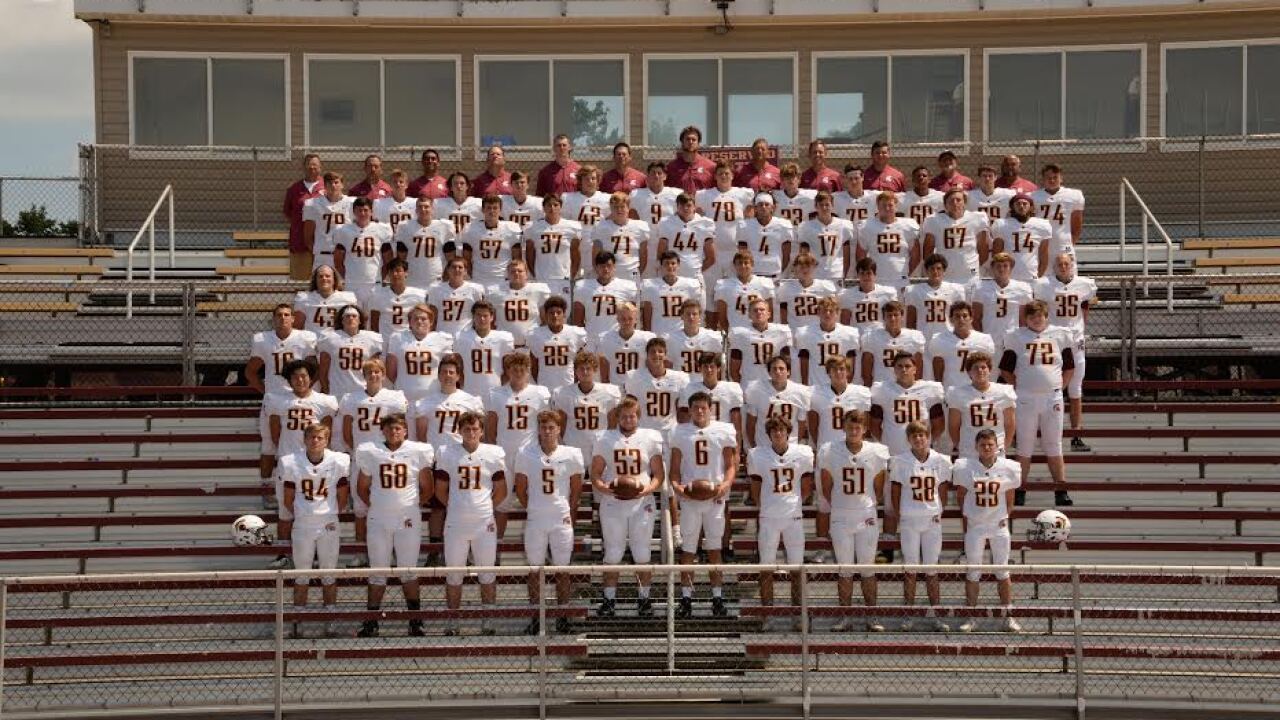 Provided
The Turpin football team improved to 5-0 with a 27-24 win at Kings Friday night.

The undefeated Spartans made clutch plays when the game was on the line after trailing by three points at halftime.

“I am very proud of this group of young men,” McCullough said. “Watching their hard work during the week paying off on Friday nights is very rewarding to me.”

Turpin (5-0, 2-0 Eastern Cincinnati Conference) is undefeated at the halfway point of the regular season for the first time since 2016.

Senior running back Reece Evans rushed for a career-high 288 yards and four touchdowns Friday night. His 288 yards rushing is third-best in program history, according to McCullough. It was the second time this season Evans rushed for more than 200 yards.

“Justin did a great job being the leader of this offense and team and making plays,” McCullough said.

Win streak continues: Wyoming won its 36th consecutive regular season game Friday night with a 21-0 win at Mariemont. That regular-season winning streak is tops among any program in the state, according to Drew Pasteur.

Wyoming, the reigning Division IV state champion, has not lost a regular-season game since Oct. 23, 2015 at Reading (28-20). The Cowboys have won 20 consecutive games overall, which is also tops in the state.

Kiner, rated the nation’s No. 6 running back in the 2021 class by 247 Sports, became the second player in Roger Bacon history to rush for 50 career rushing touchdowns, according to assistant athletic director Brandon Spaeth.

Kiner moved up to No. 2 in all-purpose yards in program history after earning 337 yards Friday. Roger Bacon improved to 4-1 which is its best start since 2010, according to Spaeth.

“Zach is doing a great job spreading the ball around and most importantly making good decisions,” La Salle coach Pat McLaughlin said. “Where we are right now is a testament to the staff and leadership of our players.”

La Salle was stuck in traffic a bit and arrived at the game two hours prior to the 4:30 p.m. kickoff.

Milestone meeting: The Elder (4-1) and St. Xavier (5-0, 1-0 GCL South) football programs will meet for the 100th time in the series Oct. 4 when the Greater Catholic League South division teams play at Ballaban Field.

Elder leads the all-time series 51-42-6, according to both schools.

Two of the area’s most storied football programs started the series in 1923. The Panthers and Bombers have met four times in the postseason, with the most recent playoff game in 2009.

Corleone, who is listed at 6 feet 2 and 285 pounds, had four tackles including a sack and a fumble recovery Sept. 20 in the Cardinals’s 23-14 win at Princeton.

Extra points: Steve Shuck’s first postseason projections this season will occur the week of Oct. 7. Shuck, the Greater Miami Conference commissioner, projects playoff qualifiers in all seven division for WCPO. He has formally made the projections since 1996.