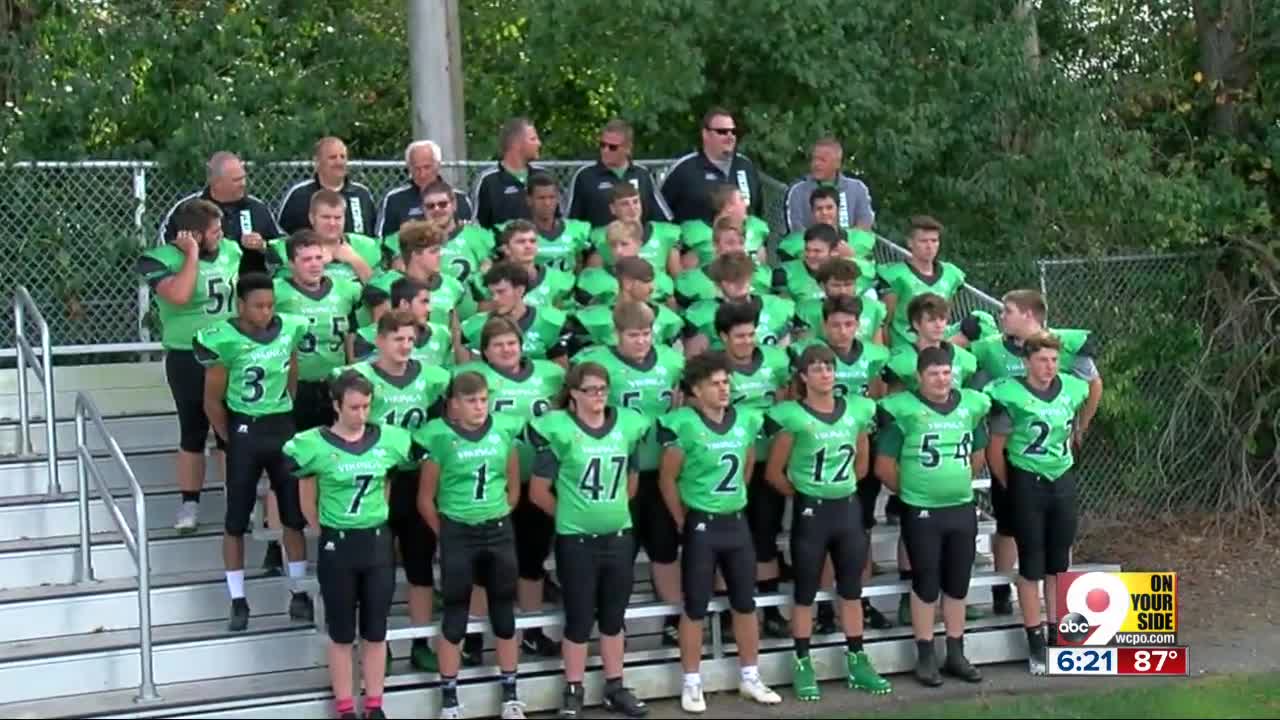 The New Miami football team is 4-0 for the first time since the 1980 season. The Vikings are not only shining on the field, but the 36 players are making life brighter for those in the village community. 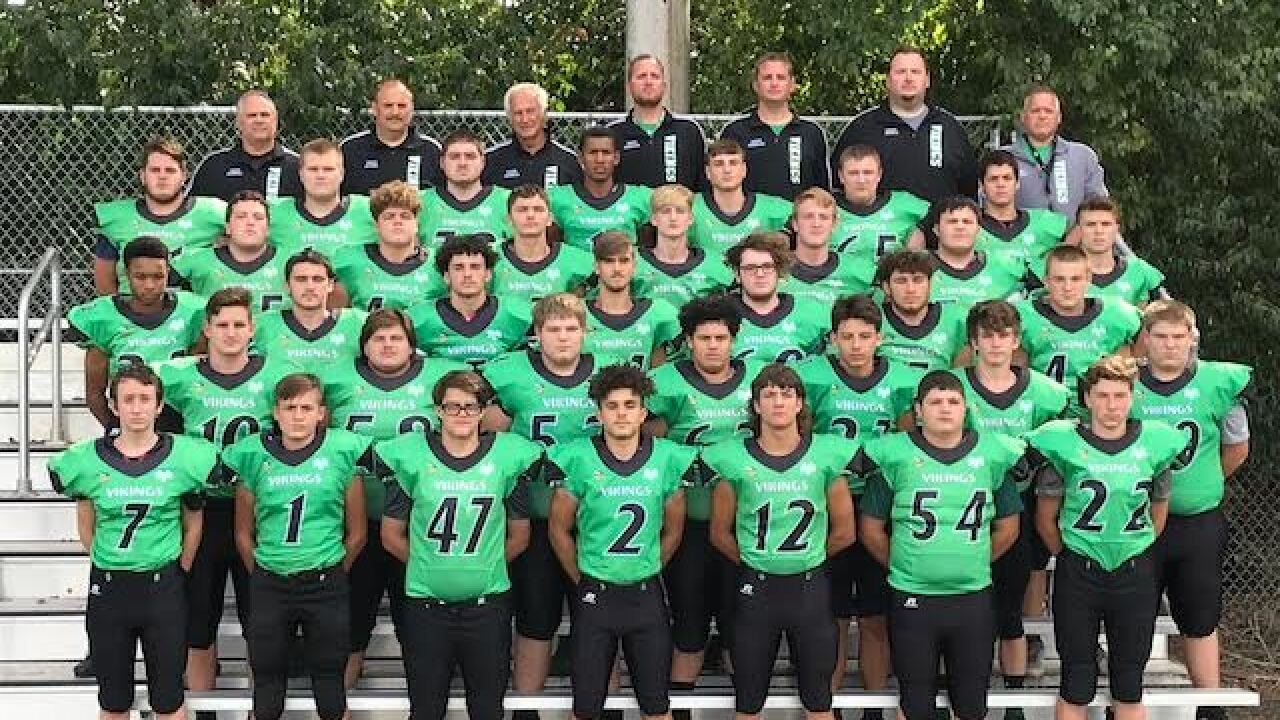 NEW MIAMI, Ohio — New Miami football coach Jessie Hubbard didn’t know what to expect when he took over the Vikings’ program in May 2018.

New Miami was 4-16 overall the previous two seasons. The Vikings had just 21 players on their roster - hardly enough to field a competitive team.

So Hubbard and his coaching staff combed the school hallways and sat in the cafeteria looking for additional players for the Division VII program.

“If a kid looked any part of athletic we called him for coming out to the team,” Hubbard said. “As of Monday we are now up to 36.”

With 80 boys enrolled at the high school, the additional 15 players from nearly a year-and-half ago is significant.

The rise in numbers is due to the success of the football program, which won its first league title (Miami Valley Conference Gray division) last season since 1988 and made its first postseason appearance since 2008.

“It’s huge,” Hubbard said. “This community is down on her luck right now economically along with the drug epidemic. Anything we can do positive to bring the community around. They have really opened up. It’s exciting once again to watch football games on Friday nights.”

Hubbard said the football program is more than what happens on one of the few remaining grass fields in the area. The coaching staff makes sure the players are fed, have clothes for homecoming and find a mode of transportation.

"A lot these kids raise themselves and that's something that opened my eyes," Hubbard said. "I wasn't used to seeing that."

"It means so much to our kids to have that support," Hayes said. "They thrive on it. We saw the beginnings of this excitement last season as our team wrapped up the year with a league championship and a rare trip to the playoffs. It's a long season with a lot of football yet to be played, but we're thrilled to be off to a great start and we appreciate the enthusiasm of the New Miami faithful."

Hubbard made it clear during the transition that the players would be held to a higher standard and accountable for their actions. Hubbard said the players embraced that form of leadership and discipline.

"These kids could choose the street life where they could be free with no rules and out all hours of the night," Hubbard said. "Instead they choose to be apart of something special called a team."

New Miami opened the season with back-to-back standing-room only crowds at John P. Mara Field. The Vikings have posted two shutouts are looking for a return to the postseason.

“Our kids are football smart,” Hubbard said. “And that goes a long way. New Miami kids are just born tough. They are hard-nosed kids. You are never going to doubt their effort. Their effort is always there. In turn, a lot of times that’s what counts. That’s what pushes us over the edge against other teams. We are just kind relentless. The kids don’t ever give up. So it’s pretty awesome.”

New Miami is led by several players including junior quarterback Trey Robinette, who has 616 yards passing and seven touchdowns and 107 yards rushing and five touchdowns.

“Trey is a very dedicated kid and he is a very quick learner,” said New Miami quarterbacks coach Ben Hubbard, who is Jessie's uncle. “He’s a competitor. He’s a very good listener. He’s the kind of student you would like if you are coaching. Everything is ‘yes sir, no sir.”

Robinette’s brother, Jordan, a junior, has nearly 400 yards rushing and two touchdowns and two forced fumbles as a safety.

“Trey and Jordan Robinette – they have stepped up huge,” Hubbard said. “They are three-sport athletes – they know what it takes.”

Other standouts include junior fullback/linebacker Dylan Spivey, who has 211 yards rushing, three touchdowns along with three sacks and a safety. His cousin, senior defensive back Dan Spivey, has also been a key contributor.

Junior Deanza Duncan has unexpectedly stepped up after he was convinced into playing. He has 16 receptions for 457 yards and six touchdowns. He also has three interceptions as a cornerback.

“We all grew up knowing each other and so we have a bond,” Trey Robintte said. “We are playing together. We are playing as a family.”

Jordan Robinette said there is a great deal of pride in putting on the Vikings uniform each Friday night.

“It feels good because everybody lives off of New Miami football during the season and if we are winning then they are having a good life,” Jordan said. “And if we are not they are pretty upset about it so we try to win as much as we can.”