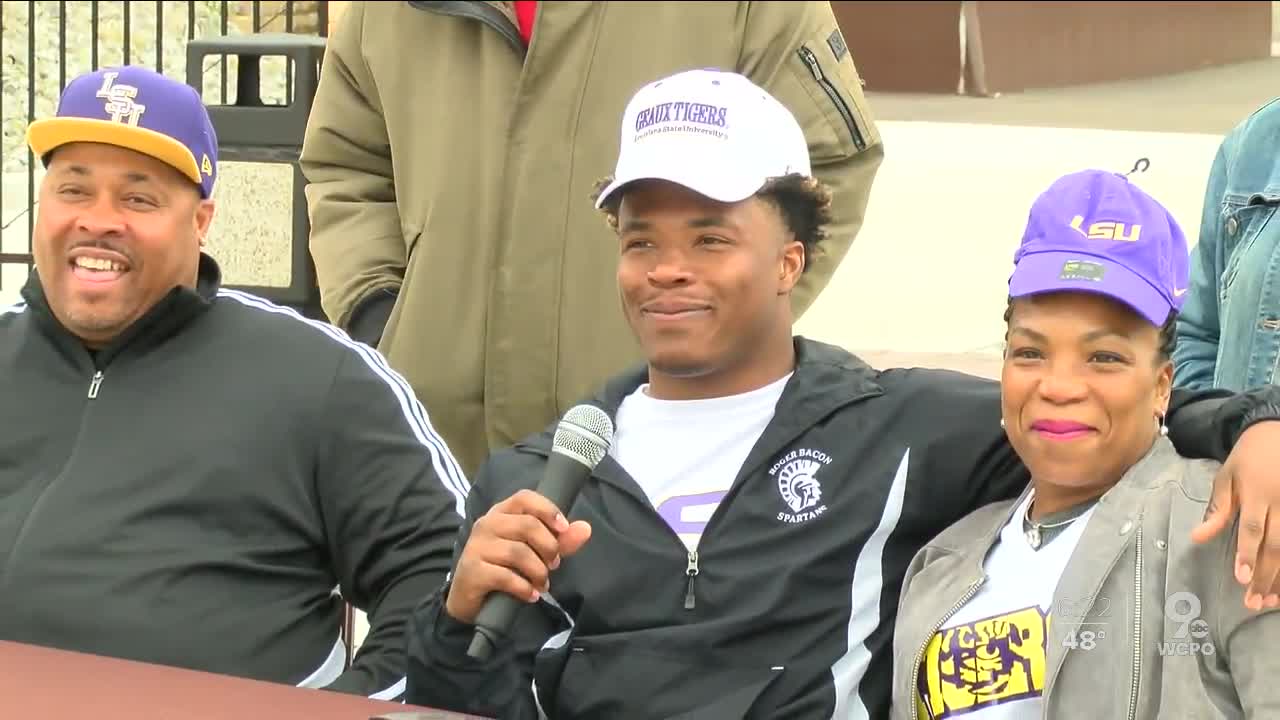 Roger Bacon 2021 running back Corey Kiner announced his verbal commitment Monday afternoon. The standout rushed for 2,298 yards and 40 touchdowns in 2019. 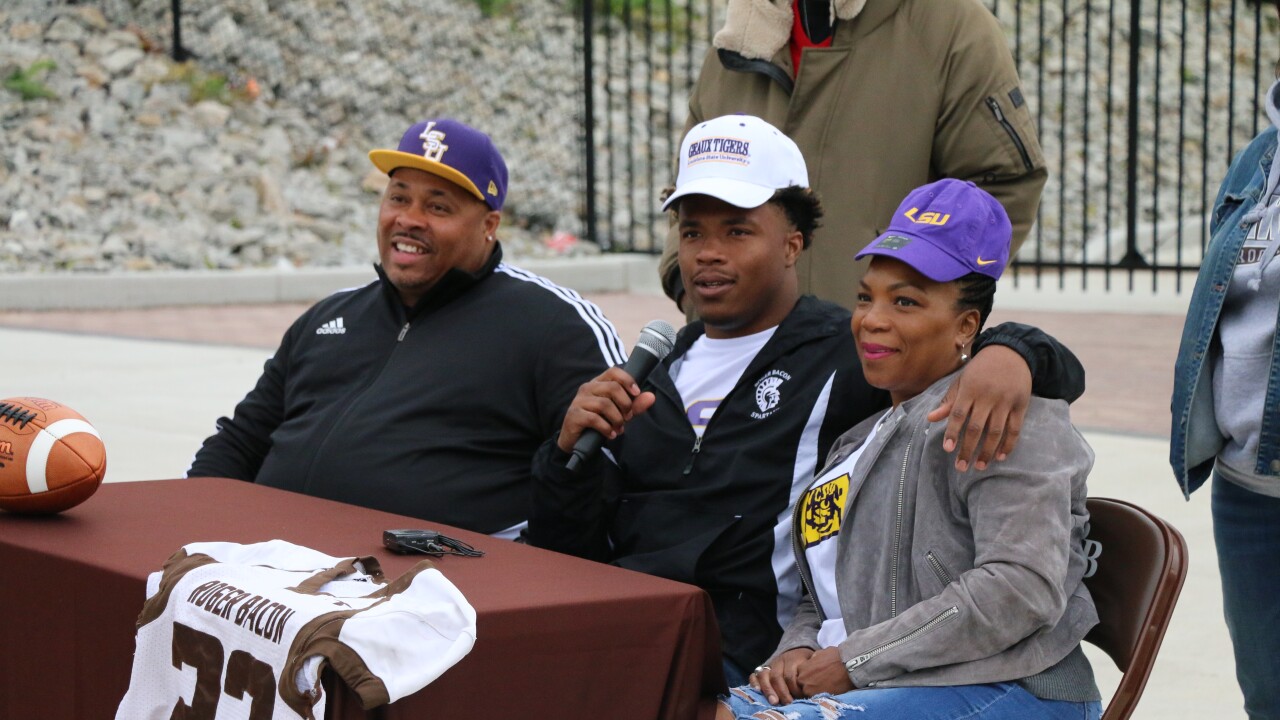 "I felt like I was down there," Kiner said Monday afternoon. "That's how great the tour was."

Kiner has never visited Louisiana. Yet, he enjoyed the campus scenery, the coaching staff and the school itself that is home to the reigning national champion Tigers - a program he's adored since he was in grade school.

He was only about halfway through the virtual tour May 6 when he turned to his father, Clif Kiner, and told him he wanted to verbally commit. When Corey told his mother, Denean Whitehead, she started to cry.

When Kiner informed LSU running backs coach Kevin Faulk of his intention to commit, the former LSU and NFL running back screamed loudly.

"He just got so happy that they just won a football game or something," Kiner said.

Those range of emotions are all tied into one of the most electrifying high school football players in Ohio.

Kiner, the area's top-rated overall high school football player in the 2021 class by 247 Sports, had a good rapport with Faulk during the recruiting process. He also followed the likes of former LSU standouts Spencer Ware (Princeton High School) and Tyrann Mathieu as a youngster.

"It's very exciting," Kiner said. "My mom always told me that one day I'm going to be able to do big things and see the world and now here's my chance."

Kiner spoke with LSU head coach Ed Orgeron on the phone in February and excitedly informed Roger Bacon head coach Mike Blaut of the conversation after he knocked on his coach's car window.

"I kind of saw a little bit of myself in Coach Faulk," Kiner said. "Just the level that he's on I felt like he could help me take my abilities to that level."

The small gathering near the entrance of Bron Bacevich Stadium on this blustery early May afternoon was fully aware of Kiner's prowess on the field behind him and his potential at LSU.

"He's built for it," Roger Bacon coach Mike Blaut said. "There is not a doubt in my mind that he's going to go down there and he's going to at least compete for the job if not take the job. He's one of the most competitive kids I've ever been around."

Monday completed a whirlwind recruiting process for Kiner, who is expected to sign with the Tigers later this year.

Blaut had to upgrade his phone at one point because he received so many text messages, phone calls and emails from college coaches about Kiner. Blaut's phone will be quiet for once after having daily conversations about recruiting with Kiner.

"It's a big weight off my shoulders," Kiner said. "But, it's just another chapter in my life. It's time to work even harder now."

Kiner, who is 5 feet 10 and 210 pounds, had previously announced he would decide July 4 but decided to announce Monday in order to celebrate the birthday of his father, Clif Kiner.

""It's a load off my shoulders," Clif Kiner said. "He's going to school for free so it's a good birthday gift."

LSU was one of 28 scholarship offers for Kiner during the recruiting process.

Kiner is the first Roger Bacon football player to commit to a Southeastern Conference program since Isaac Curtis played for Kentucky in 1992.

Kiner narrowed his college choices to 10 schools in no particular order after he was inundated with attention from a variety of programs from across the country.

"At one point in time he was getting 200 messages a day," Clif Kiner said.

Kiner told WCPO in late April he was still "wide open" with the recruiting process and considered his options with virtual tours. But, he didn't wait after connecting with LSU.

"Rare combination of size, power and breakaway speed," ScoutingOhio.com director Mark Porter said. "He shows power and downhill running ability to run between the tackles and grind out tough yards. Also, he can hurt you in the passing game with his elite ability in space. He can make people miss with quickness or power in space which makes him a valuable weapon for college programs."