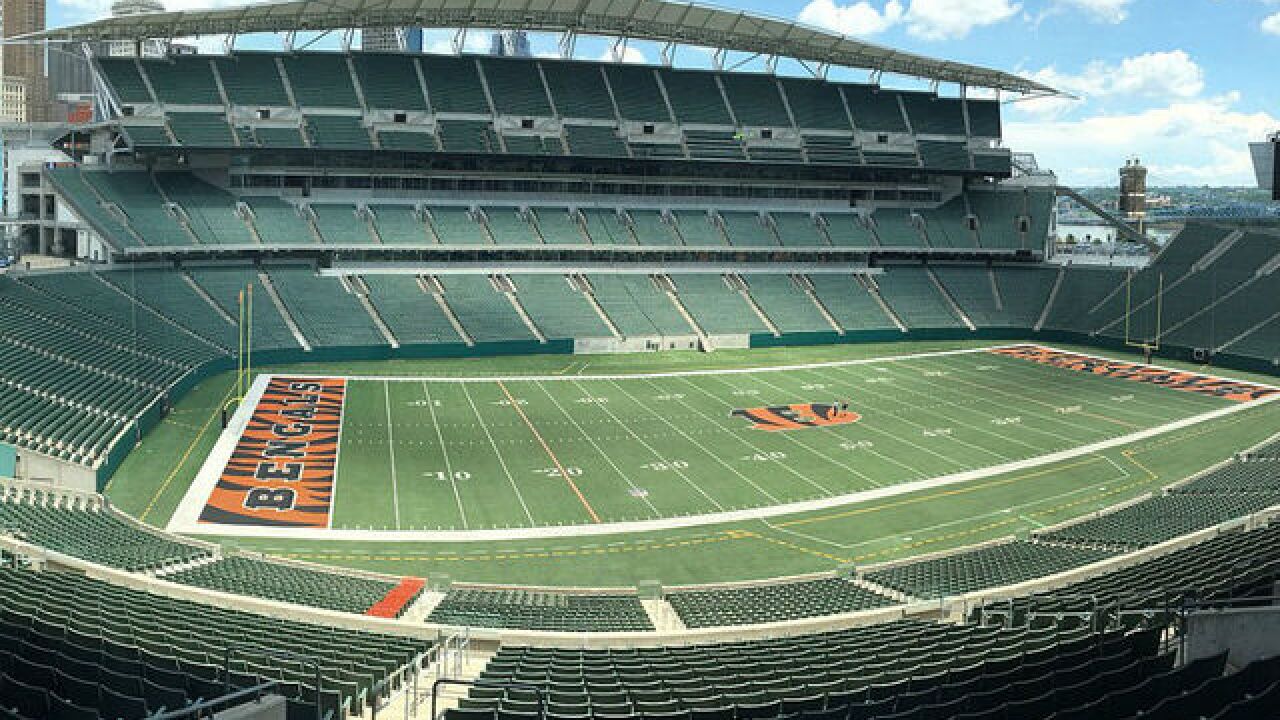 Lakota West will play St. Xavier Aug. 24 at 7 p.m. at PBS in the season opener for both teams.

It is believed to be the first high school football game at PBS since the Kirk Herbstreit Varsity Football Series featured four games Aug. 30, 2008.

That event featured Elder versus St. Thomas Aquinas (Fla.) on ESPN, Middletown versus Warren Central (Ind.), Colerain versus McKeesport (Pa.) and St. Xavier versus Prattville (Ala.).

The Lakota West versus St. Xavier matchup during the first week of the Ohio high school football season is a one-year deal between the schools.

“It’s great to be able to host these kinds of events at PBS - great for the players, families and fans," said Bengals Executive Vice President Katie Blackburn. "Paul Brown Stadium has hosted many great high school games and this matchup should be fun to watch.”

The game was originally scheduled for Nippert Stadium, but due to NCAA conflicts the teams needed to find a neutral site that could host the event. In-Game Sports President Tom Gamble was instrumental in coordinating with Hamilton County and the Cincinnati Bengals as they joined together to offer to host the game.

“What an amazing opportunity for our kids and community," Lakota West Athletic Director Scott Kaufman said. "These are the kinds of memories that last a lifetime for kids and their families. “We are grateful to the Cincinnati Bengals and Hamilton County for making this possible. I also appreciate the help and support Tom Gamble provided in guiding us through this process and I am thrilled that Lakota West and St. X will both still be able to be a part of the Crosstown Showdown later in the 2018 football season.”

St. Xavier (11-2), a Division I regional runner-up in 2017, features several talented players once again including junior offensive lineman Paris Johnson, an Ohio State verbal commit, who accepted an invitation in March to participate in the 2020 All-American Bowl.

“We are very humbled to play at Paul Brown Stadium,” said St. X coach Steve Specht. “The opportunity for any student athlete to compete in a professional environment is priceless. The memories these young men make will last a lifetime. We appreciate (Bengals owner) Mr. (Mike) Brown and the entire Bengals organization for making this a reality.”

Lakota West (2-8) is attempting to return to the postseason for the first time since 2014. The Firebirds have had two straight 2-8 seasons, but interim head coach Jeff Wadl likes how his team’s physicality has improved.

Wadl, a longtime Lakota assistant coach, took over the program on an interim basis after Larry Cox stepped down as head May 25 after 21 seasons.

Wadl said the Firebirds haven't been at the forefront of attention around the city the past few seasons but he likes how the players are motivated this summer.

The Firebirds won’t be hesitant to take calculated risk at times on the field this season, Wadl said. “My approach has been not to be afraid of anyone,” he said last week.

The game is not part of the 21st annual Skyline Chili Crosstown Showdown. The Showdown’s schedule will be announced July 30 at noon.

Downtown Cincinnati will help kick off the season under the lights Aug. 24.

Tickets for the Lakota West versus St. Xavier game will be available in advance at each of the schools and will be $10. Children under 4 will be admitted free. Tickets will also be available at Paul Brown Stadium the day of the game for $12.

“Hamilton County always welcomes the use of PBS for high school football and is happy that the taxpayers, players, families and fans have an opportunity to enjoy this fun and exciting event,” said Hamilton County Board of Commissioners President Todd Portune.