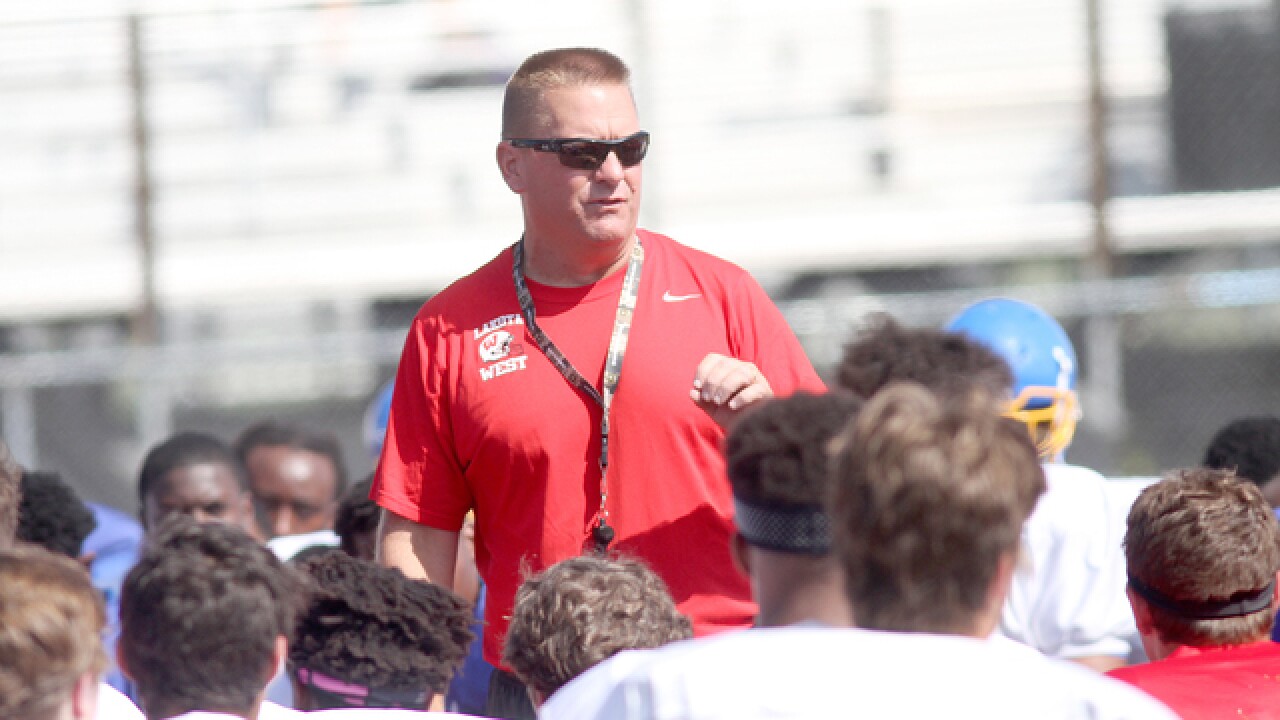 Longtime assistant coach and dean of students  Jeff Wadl has been named the interim head coach for the 2018 season, according to Lakota West Athletic Director Scott Kaufman.

Kaufman declined further comment as to why Cox decided to step down on Friday. Cox has also stepped down as the Lakota West boys’ and girls’ track and field coach, Kaufman said.

Cox told WCPO Friday afternoon there were philosophical differences and the decision to step down was his own. He will continue to teach physical education at Lakota West next school year. He told WCPO he doesn't plan to coach high school or college this upcoming season but will leave the door for something in the future.

Wadl will hold a football team meeting at 8 a.m. Tuesday to address the players further.

“These are obviously difficult circumstances for a lot of people,” Wadl told WCPO. “The whole is greater than the sum of its parts. Losing Larry is a big hit but at the same time we have to move forward.”

Lakota West was 2-8 overall including 2-6 in the Greater Miami Conference this past season. The Firebirds had a high-profile recruit in Under Armour All-American linebacker Xavier Peters (Florida State) this past season.

Lakota West is scheduled to open the season against St. Xavier. The date, time and location have not been officially announced yet by the Skyline Chili Crosstown Showdown.

Cox served as the Firebirds coach since the district opened two high schools in 1997. He had a 114-103 record at the school. Cox led the Firebirds to the Greater Miami Conference co-championship in 2009 and 2013.