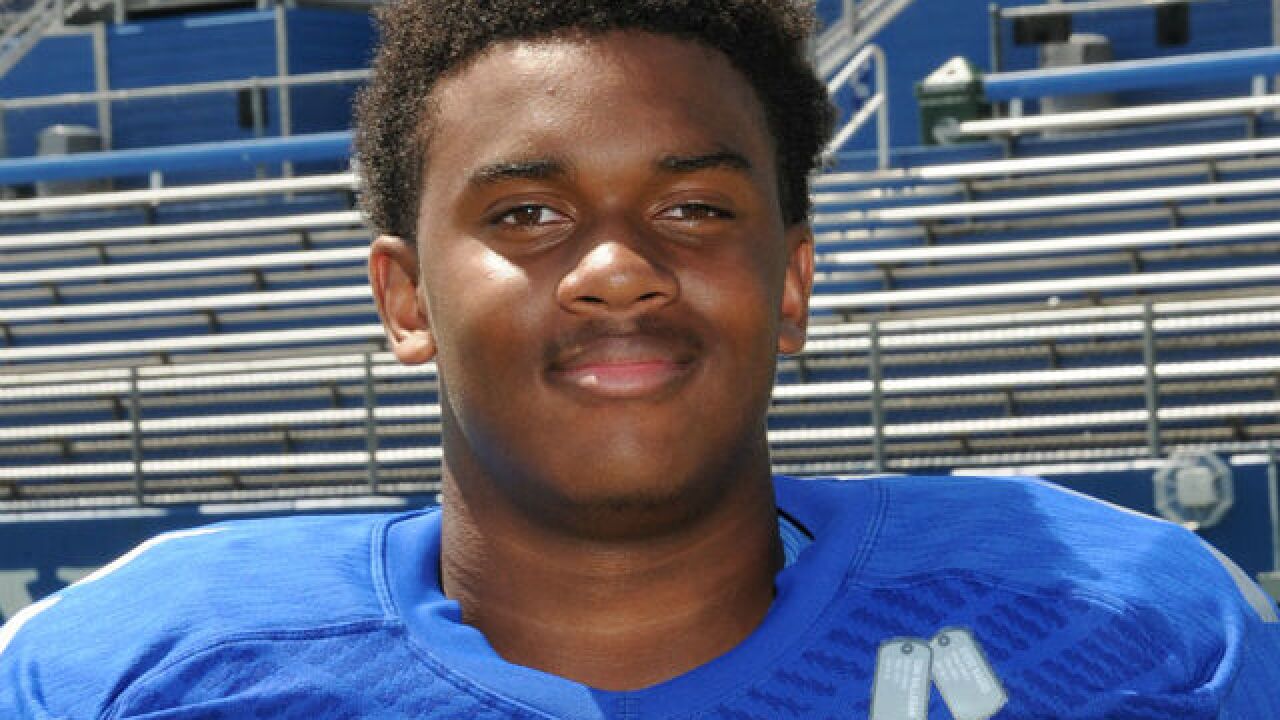 "It was huge to have the opportunity to be an All-American," Johnson told WCPO Monday morning. "I was grateful to receive the invitation as a sophomore."

“We just thought Paris was a no-brainer to invite in the 2020 class,” said John Schmid, Director of Player Personnel for the All-American Bowl.

The U.S. Army is no longer the title sponsor but may be involved in the game in another way. The all-star game is weighing its multiple options for a title sponsor, according to event organizers.

Johnson, who lives in Loveland and attended St. Margaret of York for grade school, has 33 reported scholarship offers, according to 247 Sports. Some of those schools include include Alabama, Ohio State, Stanford, Notre Dame, Michigan State, Auburn, Florida State, Georgia, Clemson, Penn State, Miami (Fla.) and several others.

"He has all the tools," Porter said. "He's an unreal athlete for his size. As he gets stronger he will be one of the most dominating linemen in the country. He's an awesome pass protector."

St. Xavier, a 2017 Division I regional finalist and Greater Catholic League South Division outright champion, had an 11-2 record in 2017.

Johnson would join a list of other recent All-Americans within the St. X football program including quarterback Sean Clifford (Penn State) and offensive lineman Matt Bockhorst (Clemson) who were selected to the 2017 Under Armour All-America Game.

Prior to that, St. X had U.S. Army Bowl All-Americans in current Ohio State linebacker Justin Hilliard (2015/did not play due to injury) and the late Matt James (2010).