Fornshell: Richardson killed her baby, but jury didn't have enough evidence to convict 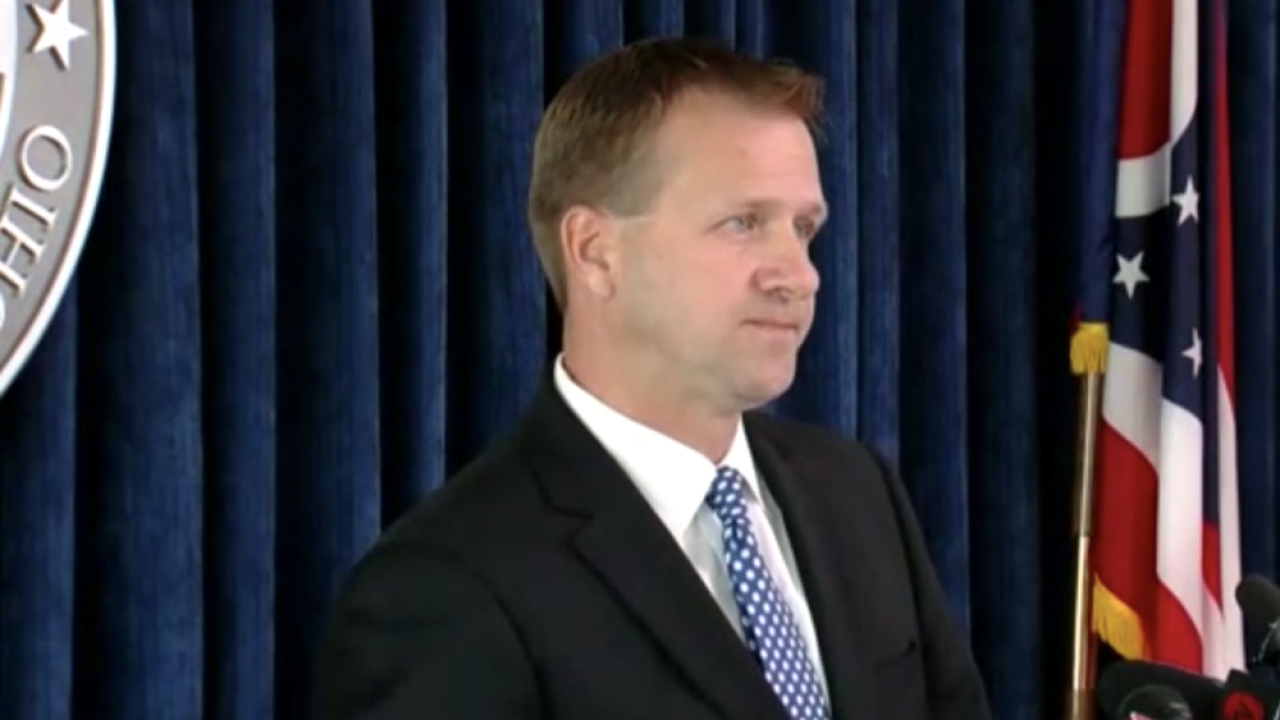 LEBANON, Ohio — Warren County Prosecutor David Fornshell remains convinced Brooke Skylar Richardson killed and buried her baby the night of May 7, 2017. In a news conference held shortly after a jury handed down a not guilty verdict on all but the least serious charge against the Carlisle 20-year-old, he said he thinks members of that jury feel the same way.

They just didn’t have enough medical evidence to convict, he said.

“Brooke Richardson created the situation that prevented us from being able to conduct an autopsy on that baby girl and present it to the jury,” he said. “As a prosecutor, in some ways, it feels like she’s been rewarded for that.”

Richardson was found not guilty of aggravated murder, manslaughter and endangering children. The jury convicted her of abuse of a corpse, a fifth-degree felony punishable by up to a year in prison.

She was a recent graduate of Carlisle High School when she told Dr. Casey Boyce she had secretly given birth to a stillborn child and buried it in her family’s back yard. Boyce contacted police, who unearthed the baby girl’s remains July 14, 2017.

Fornshell charged her the following month and claimed he had evidence showing she had not only buried the body but burned it as well. He accused the Richardson family of being “obsessed with external appearances” to a dangerous extent.

Later forensic analysis would conclude the remains had not been burned. They were also too decomposed to conclusively identify a medical cause of death.

Richardson’s defense seized on those facts in the trial and in a post-trial news conference, arguing that she had been a victim of misinformation and a news cycle that snowballed out of control.

Fornshell said the defense overemphasized the role of the burning report in Richardson’s arrest. The first time she talked to police — after the remains were found but before they were analyzed — left investigators with enough questions to justify continued probing, he said.

“The story didn’t make much sense to begin with, and so there were suspicions even after the first interview as to what had actually happened,” he said. “It wasn’t as if the investigation was wrapped up, as defense counsel would have you believe, and all of a sudden this whole issue with respect to the charring of the bones was what reignited this investigation.”

THE OTHER SIDE: Defense: Brooke Skylar Richardson was 'overcharged from the get-go' by overzealous prosecution

He added he knew the jury would struggle to believe Richardson had intentionally killed her child — that’s why he charged her with manslaughter, in case jurors were gunshy about murder.

But despite the lack of hard scientific evidence, Fornshell said he believed Richardson’s words and actions told the true story: She had not made any preparations to care for a child, she did not return to the doctor after learning she was pregnant and her statements to police were inconsistent.

He knew there was a hard evidence problem, he said. He characterized the decision to try the case anyway as an expression of prosecutors’ responsibility to the child.

“I think this was a case that absolutely deserved to be tried,” he said. “That baby deserved for us to go in there and fight and present the evidence and have a jury make a determination.”

He suggested that, after Richardson’s sentencing, the remains could go to the family of the father: Trey Johnson, with whom Richardson had a sexual relationship in mid-2016. Richardson never told Johnson she was pregnant.

The Johnson family sat through the trial and became visibly emotional when the verdict was read. Fornshell said they also believe a lack of medical evidence led the jury to a logical but incorrect conclusion.

“There was an understanding of why the jury verdict came back the way it did, but there was a disappointment by them because they felt like — and I feel the same way — they felt like the sole reason the jury came in the way that it did was because of the medical evidence,” he said. “And she’s the reason we didn’t have the medical evidence. And therefore, in a sense, she essentially was able to accomplish what she set out to accomplish, which was to bury the remnants of this baby and not face significant consequences.”

How does he believe the child actually died?

“There are a lot of opinions,” he said. “I would say even internally in our office, there’s a lot of opinions as to that particular issue. But as a prosecutor’s office, we have to rely on the evidence.”