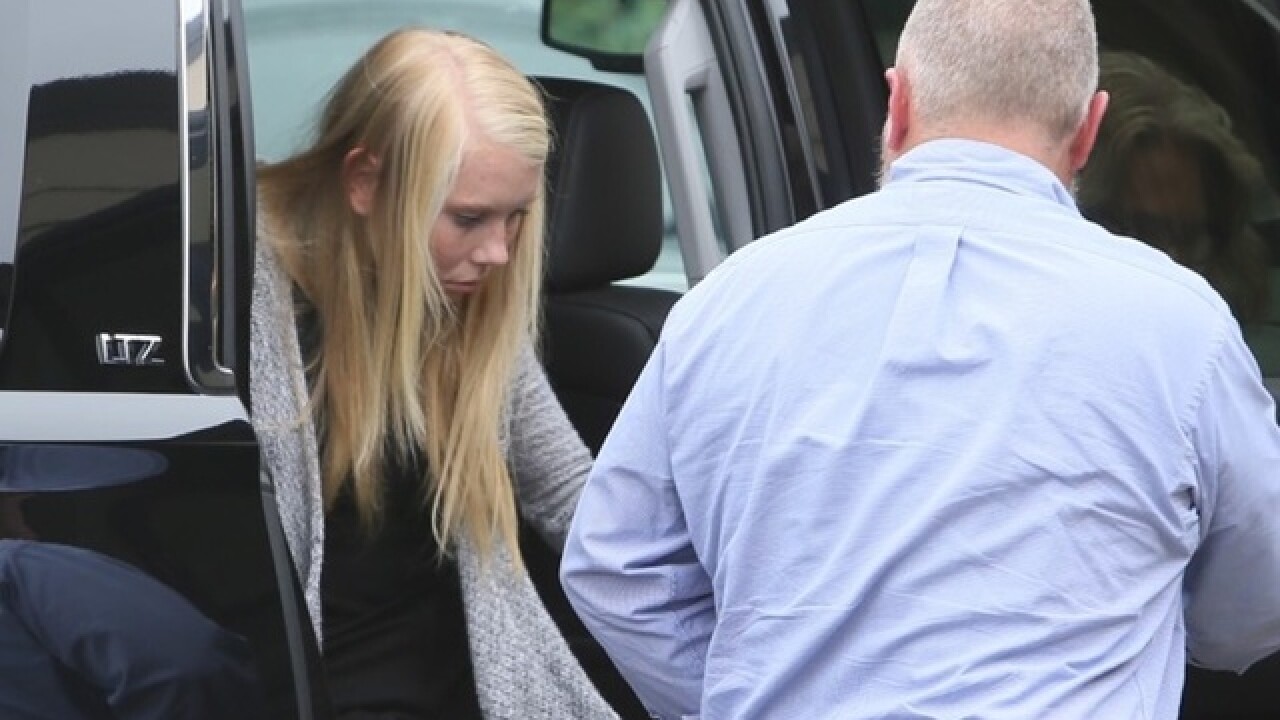 Copyright 2017 Scripps Media, Inc. All rights reserved. This material may not be published, broadcast, rewritten, or redistributed.
<p>Brooke Skylar Richardson headed to court in Franklin, Ohio. Photo by The Journal-News staff.</p>

LEBANON, Ohio -- An 18-year-old mother from a family "obsessed with external appearances" killed, burned and buried her baby within hours of giving birth, according to Warren County Prosecutor David Fornshell.

A Warren County grand jury indicted Brooke "Skylar" Richardson, 18, on charges of aggravated murder and other crimes Friday in the death of her baby, Fornshell announced.

The prosecutor said authorities may never be able to say the exact medical cause of the baby's death because of the burning and decomposition that occurred between the time they believe the child was born on May 6 or 7 and when the child was found July 14. They do have some ideas of what happened, but Fornshell declined to detail them.

Richardson "purposely caused the death of the child," Fornshell said.

Authorities found the baby's remains buried in Richardson's backyard after investigators were tipped off by a doctor who said a stillborn baby may have been born to a teenager in Carlisle.

The coroner working on the case determined that the baby was born alive and was not stillborn. Investigators are unable to determine the sex of the baby.

Fornshell said he believes the motive may have been related to an obsession with "appearances and how things appear to the outside world" and that Richardson, and her mother, would not have wanted the community to know she was pregnant and had a baby.

"You have a situation where she's a cute recent high school graduate. She was a cheerleader. She was described as a good girl by her attorney, as you heard after the arraignment, and I think that kind of perception is one that Skylar wanted to perpetuate," Fornshall said.

Richardson was initially charged with reckless homicide after the discovery of the infant's remains.

Richardson graduated from Carlisle High School in the spring. She was part of the National Honor Society, a cheerleader and a member of the track team. Richardson's attorney, Charles Rittger, said she planned to attend the University of Cincinnati in the fall.

According to Kasey Isaacs, a neighbor and one-time classmate, some other students Carlisle High had suspicions about Richardson's secret pregnancy months before the baby's remains were found.

“I was sent pictures of her belly being shown at prom -- her belly was very visible and it’s very noticeable,” she said. "People were questioning her and asking if she was pregnant, and then two weeks later, her stomach was flat."

Authorities have Richardson in custody. She is charged with aggravated murder, voluntary manslaughter, endangering children, tampering with evidence and gross abuse of a corpse. Fornshell said he decided to not pursue a charge that would be eligible for the death penalty if Richardson is convicted, but she could spend the rest of her life in prison.

Arraignment is expected to happen Monday.