Timeline: What happened before and after 2017 death of Carlisle newborn 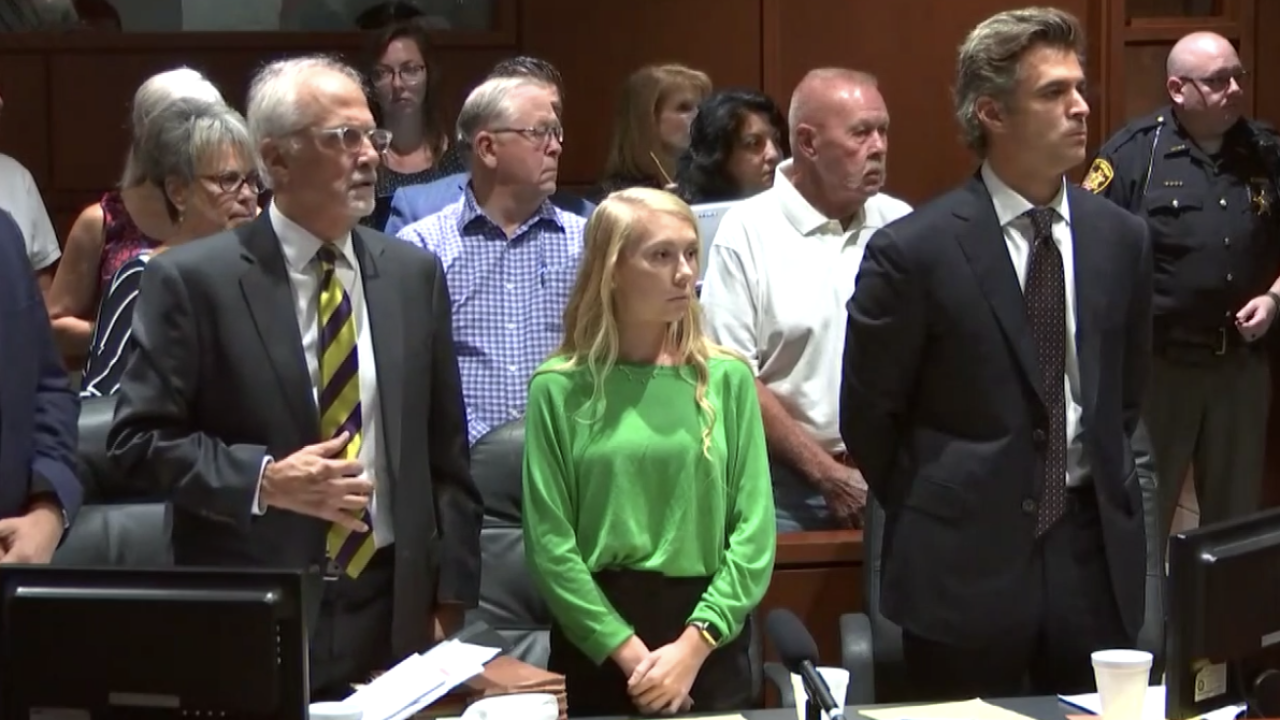 WCPO
Brooke Skylar Richardson in court ahead of opening statements set for Sept. 4, 2019. 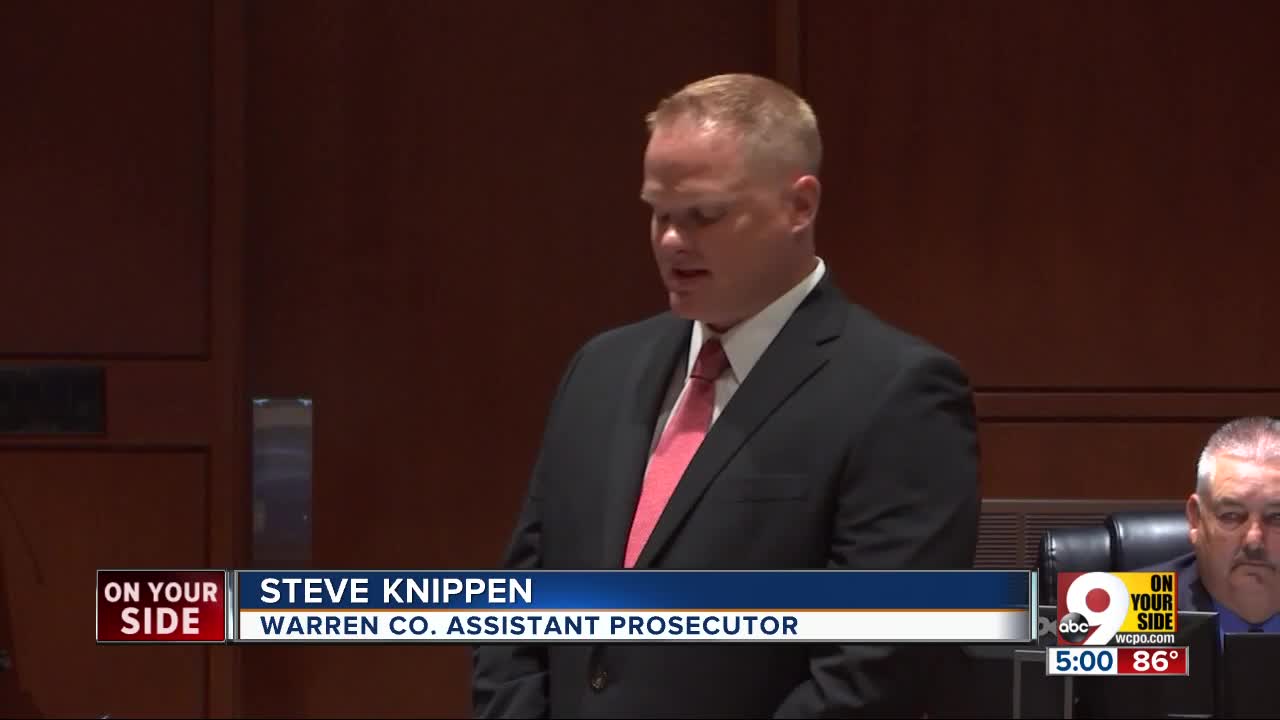 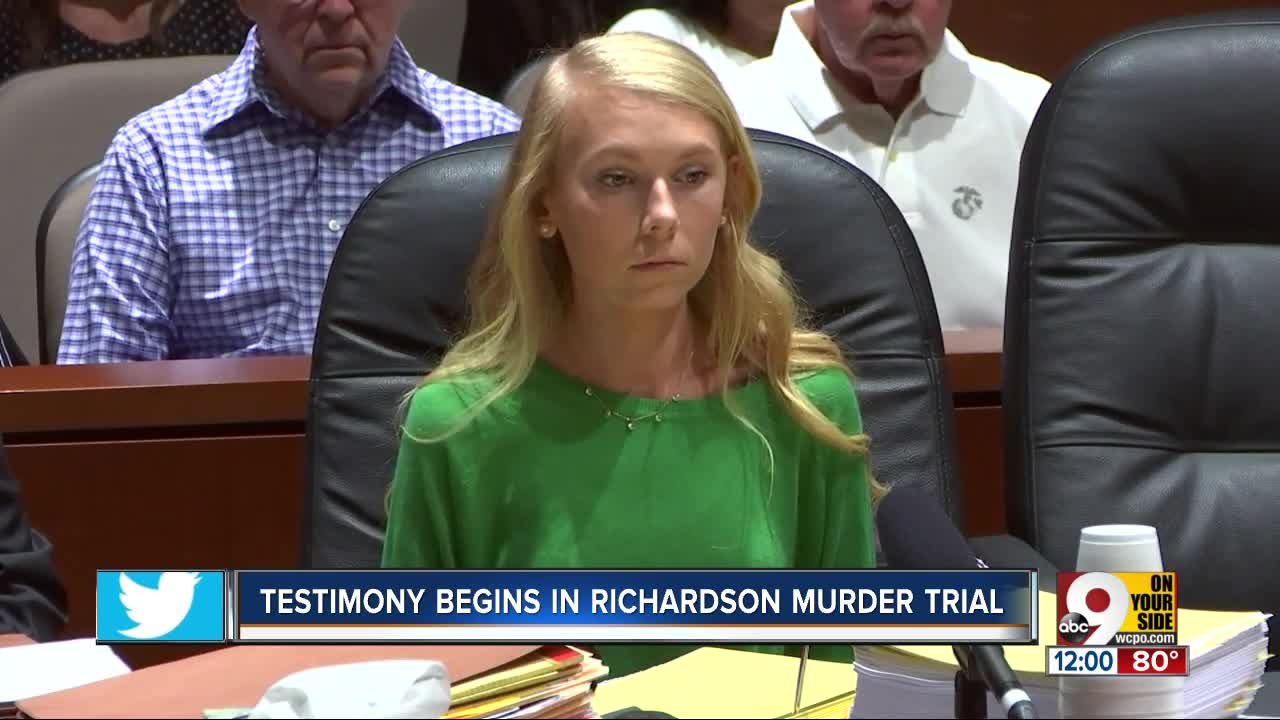 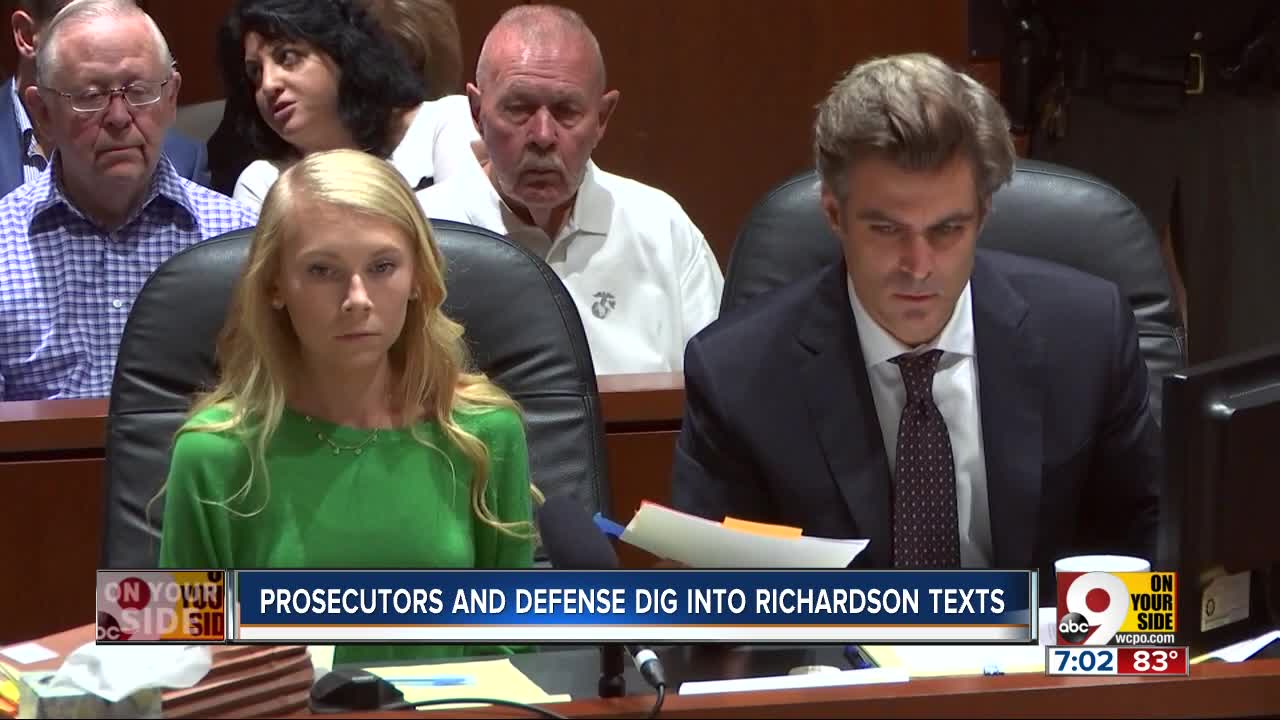 But Richardson's attorneys said the baby was white and wasn't moving or breathing when the Carlisle woman gave birth in her home.

Seven women and five men will decide the fate of the 20-year-old, who is accused of killing her newborn daughter days after her senior prom in 2017 and burying the child in her parents' backyard.

Knippen, defense attorney Charlie Rittgers and several medical professionals and law enforcement officials detailed what they believe happened leading up to and after the death of the newborn in the first day of testimony Wednesday.

The state alleges its first witness, 21-year-old Trey Johnson, is the child’s father. Johnson said he and Richardson dated for about a month in August 2016. He said they had sex twice, once without protection.

Johnson said Richardson ended the relationship around Aug. 26, before he started his freshman year of college. Richardson then blocked him on social media, he said, and there was “no form of communication.”

During opening statements, Knippen said Richardson suspected she was pregnant and was “looking for verification” when she made an appointment at Hilltop Obstetrics and Gynecology for birth control pills.

Dr. William Andrew, Richardson's OBGYN, told her she was about 32 weeks pregnant on April 26, 2017, and estimated she would deliver the baby within weeks, Knippen said.

“When Dr. Andrew spoke with Brooke about her pregnancy, she kept repeating that she cannot have this baby and she was adamant about telling no one that she was pregnant,” Knippen said.

Andrew said he did an ultrasound to confirm she was pregnant. He showed her heartbeat because it’s helpful to do this with a patient who is having trouble accepting that they are pregnant, he said. Andrew said the ultrasound, although not formal or extensive, did not show anything abnormal.

He said Richardson was still upset after the ultrasound and at one point she said she can’t have a baby because she’d be going to college in the fall. Andrew said he told her that just because she was pregnant did not mean she’d have to raise the baby, and he told her to call him if she had thoughts of harming herself or the baby.

RELATED: What you should know as Brooke Skylar Richardson's murder trial begins

Knippen said Richardson never followed up with her doctor. Andrew said he tried to call her after the appointment because a staff member could not reach her, but he was never able to get ahold of her.

Defense attorney Charlie Rittgers said Richardson “did not know certainly that she was pregnant” when she went to see Dr. Andrew.

Rittgers said typical signs a woman would be pregnant, like weight gain and missed periods, wouldn’t be abnormal for Richardson; she has had an eating disorder since she was 12, he said, and she’s been in and out of treatment since.

"She reacted in utter surprise and shock and genuinely," Rittgers said. "She reacted like any 18-year-old who’s told for the first time that she is certainly pregnant would. If she had this sinister motive to hide and conceal the fact that she was going to kill a child, she wouldn’t have reacted like that. It can’t be both ways."

During cross examination, Rittgers asked Andrew if Richardson’s reaction to being pregnant was typical of a teenager. Andrew said it was “not outside the realm” of what he expected.

Andrew said he did not believe Richardson was going to hurt the baby. He said if he had a suspicion, he would’ve called police.

Women with eating disorders are more likely to have a stillborn baby, Andrew said. He also said intrauterine growth restriction is also associated with a high risk of having a stillborn baby but he could not have made that diagnosis at that time.

Knippen said Richardson went to prom with her boyfriend, Brandon, and started having what she described as “super bad cramping.”

Richardson told Brandon she had started her period because she was “determined to keep her secret.”

Rittgers said no one -- not even her boyfriend -- knew Richardson was pregnant on prom night because she was so small.

Rittgers showed the jury two photos of Richardson in her infamous red prom dress. The first image was taken in February 2017; the second was taken on prom night.


May 7, 2017: Richardson gives birth at home, buries baby in backyard

A little over a week after her appointment, Richardson delivered the baby by herself in her house without waking up her parents or her brother, Knippen said. She killed the newborn and buried her in the backyard, according to Knippen.

Knippen said Richardson admitted her daughter was alive for five minutes and that she might have squeezed her too hard. During an interview with investigators, a detective told Richardson that he didn’t think she tried to kill the baby.

Rittgers said that interrogation illustrates the case is about a “rush to judgment.”

He claimed Richardson gave birth to the baby much earlier than she had expected; she didn’t know the cramps she had during her prom a few nights prior were signs she was going into labor.

When she gave birth, the baby was white, the umbilical cord was not attached and the baby wasn’t breathing or moving, Rittgers said.

Rittgers said Richardson named the baby Annabelle. She then dug a shallow grave with a spade shovel, buried her and marked the grave with a flower pot.

May 8, 2017: Richardson sends text messages to her mother

Knippen said Richardson sent the following text message to her mother, Kim Richardson, the day after she gave birth:

Rittgers said her mother was “very obsessive,” and she would talk to Richardson in a way that was “cheering her on about losing weight.”

“Those texts that we now see after May 7 … were Skylar focusing on the only thing she thought she could control at the time, which was her body.”

Rittgers said text messages between Richardson and her mother about her body were common for about six years. Her weight went up and down constantly, he said, and the people around her did not know she was pregnant.

Dr. Casey Boyce said she saw Richardson for a July 12, 2017 appointment. She said Andrew told her before that appointment that Richardson was pregnant the last time he saw her on April 26.

Boyce said Richardson asked for a refill on her birth control, and Boyce asked her about her pregnancy.

“She started sobbing, and she said, ‘I had it alone in my house, and I buried it in my backyard,’” Boyce said.

Boyce said she was “kind of in a state of shock” when Richardson told her no one knew about the baby or that she had given birth.

Richardson said she “cleaned everything up, buried it in the backyard and nobody knew,” Boyce said.

Boyce told investigators about two years ago that Richardson told her she gave birth in the bedroom of the home, but Boyce said she can’t remember those details now.

Richardson asked Boyce not to tell anyone, Boyce said. She consulted with Andrew after the appointment, and they contacted police.

Deputy Kelly McKay with the Warren County Sheriff’s Office was one of the investigators who discovered the remains of the newborn on July 14, 2017.

McKay said Richardson was visibly upset when she showed authorities where she had buried the newborn.

McKay said she and other authorities pulled out some of the vegetation and saw a bone sticking out of the ground. They then dusted the area and found the newborn’s skeletal remains in a shallow grave, she said.

“We just basically dusted,” McKay said. “There was nothing to dig.”

It took about six hours to select the jury of 12 and three alternates on Tuesday.

Richardson is charged with aggravated murder, manslaughter, endangering children, tampering with evidence and abuse of a corpse. The trial is expected to last two to three weeks.

WCPO will stream the entire trial live on WCPO.com and your streaming devices.