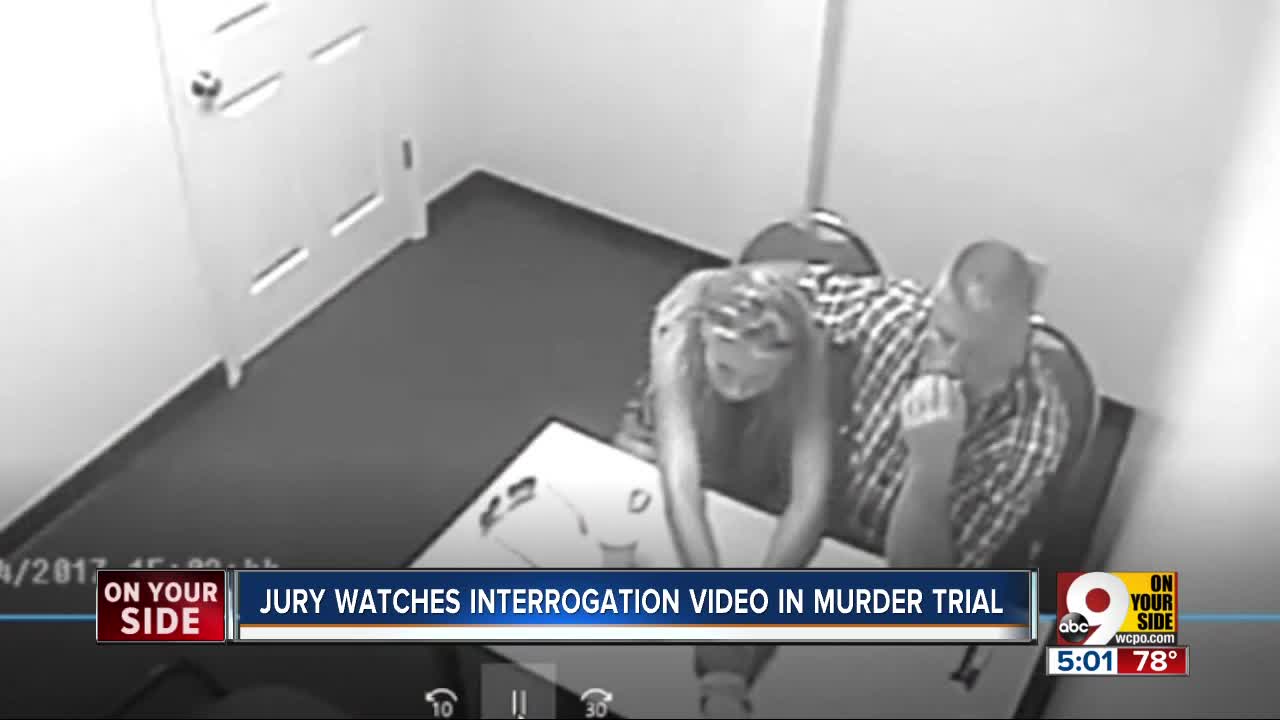 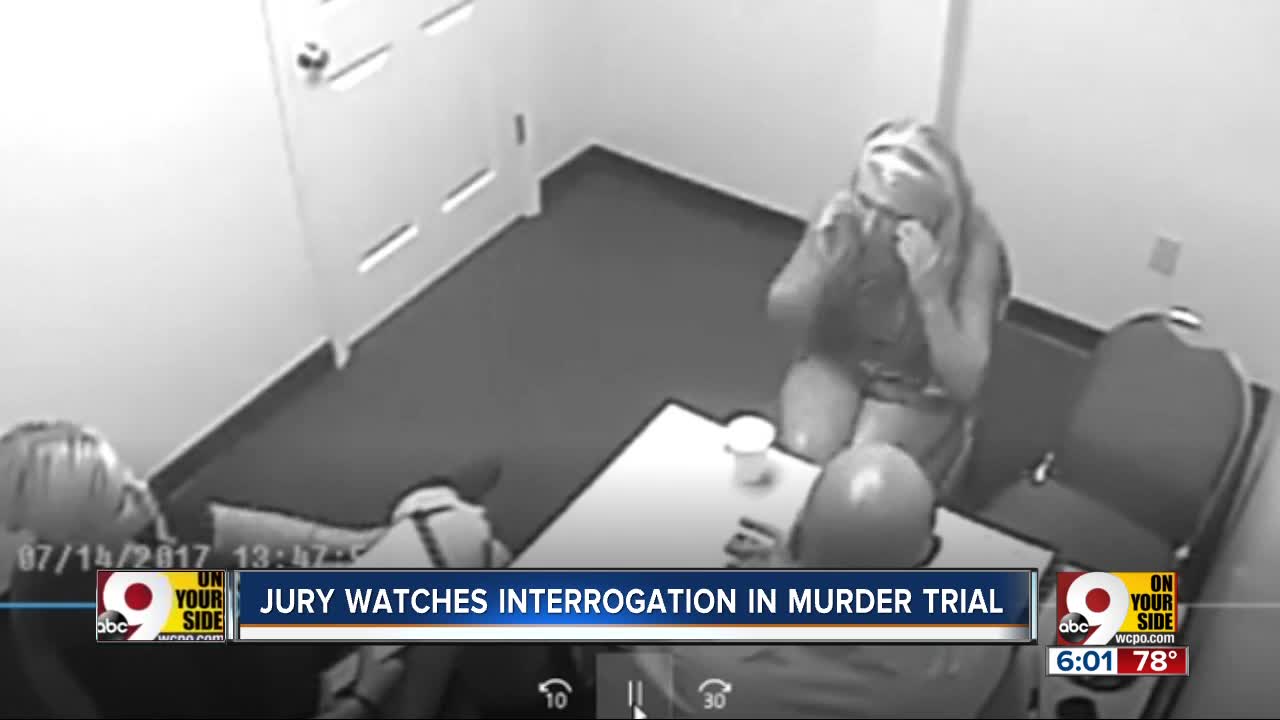 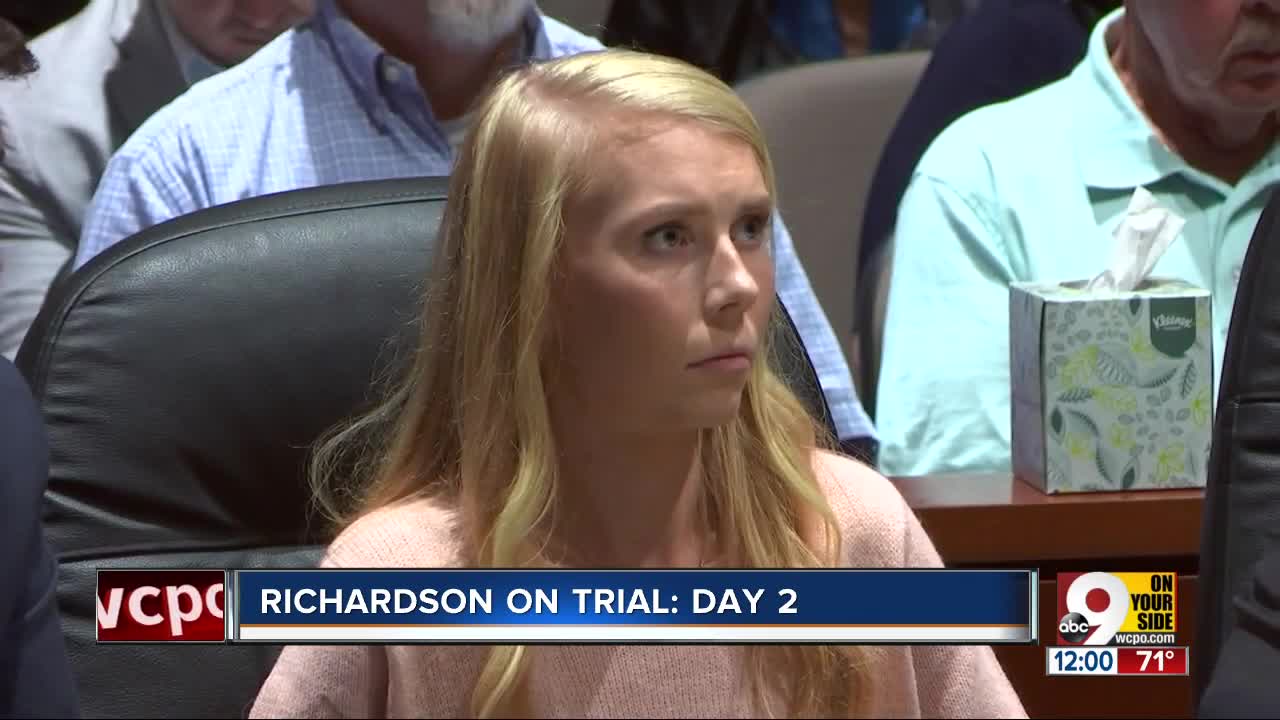 LEBANON, Ohio — A tearful Brooke Skylar Richardson told authorities in a 2017 interview that she “didn’t really want to have” her baby but she “never meant to hurt her.”

Prosecutors showed the jury the two-hour video of the first time Richardson talked to authorities after they received a complaint that Richardson had given birth and buried her newborn in the backyard of her family’s home.

Richardson, now 20, stands charged with aggravated murder, manslaughter, endangering children, tampering with evidence and abuse of a corpse in the 2017 death of her newborn daughter.

Now retired Lt. John Faine and Officer Katie Gee interviewed Richardson on July 14, 2017, more than two months after Richardson gave birth alone in her home in the middle of the night.

The Carlisle woman told authorities she didn’t tell her parents that she was pregnant, but she knew she was far along when she went to Hilltop Obstetrics & Gynecology on April 26, 2017. Richardson said she found out she was pregnant at that doctor's appointment.

Faine: “What made you think you might be [pregnant?]”

Richardson: “I was really big. I was pretty big.”

Faine: “OK, you were getting a belly. Could you feel your baby?”

She said she had to bury the newborn because she “couldn’t tell anybody.”

“Is that really bad … I didn’t mean any harm to her. Are you going to put me in jail because of that?” Richardson asked.

Richardson told authorities she wanted to bury her in the backyard because she wanted to put flowers on her. She said she cleaned up the blood with a towel after she buried the newborn; she threw the towel away a few days later, she said.

Asked if she tried to give herself an abortion, Richardson said she “would never.”

She said she asked doctors if she could get an abortion when she found out she was pregnant, but she was too far along.

Richardson: “I promise I didn’t try to kill her.”

Richardson: “Is that what this is about?”

Richardson: “No. I just kinda thought maybe looking up ways to maybe see if I could not have it, but I never followed through with anything.”

Faine: “What kind of ways did you look at?”

Richardson: “Looked at, maybe ‘how to have an abortion without going to the doctor,’ but that was it. And I never did anything.”

Richardson also admitted she Googled ‘how to not have a baby’ or ‘how to get rid of a baby’ but said she didn’t think that much about it.

“I really don’t know what I planned to do,” she said.

Richardson’s parents, Kim and Scott Richardson, came into the interrogation room after she had talked to authorities for about an hour.

Scott Richardson told her nothing she did “makes any sense” and she should have told them she was pregnant.

“You did a horrible thing … you got pregnant, you had a baby in our house, and you didn’t tell us,” he said.

Kim Richardson told her that people get pregnant every day and it’s “not the end of the world.”

Richardson's mother speaking to her, also in interrogation room without police: “It makes me sick...I’m losing my child and I’ve done everything right.” @WCPO

Richardson repeatedly tells her parents doctors prescribed her birth control at her April 26 appointment, the same appointment that doctors told her she was pregnant. It’s not clear whether this is true. Dr. William Andrew and Dr. Casey Boyce testified Wednesday and made no mention of prescribing her birth control at that time.

Richardson asks her mother to hold her hand several times and says, “Mommy, I love you” at one point.

Trey Johnson, the 21-year-old believed to be the child’s father, told the court he had a brief sexual relationship with Richardson but never knew she had become pregnant. They dated for around a month in August 2016, he said; when it was over, she blocked him on social media and never contacted him again.

Defense attorney Charles M. Rittgers said Richardson’s longtime struggle with an eating disorder had acclimatized her to missed periods and fluctuations in her weight. She didn’t realize she was pregnant, he said, until the following April.

Andrew, an OBGYN, was the one who told her. He told the court Wednesday she seemed genuinely shocked by the news and began to panic in his office, insisting she couldn’t have a baby because she would be going to college in the fall. Andrew did not suspect at the time anything was wrong; her response, he said, was “not outside the realm” of what he expected.

RELATED: What you should know as Brooke Skylar Richardson's murder trial begins

She attended her senior prom May 5. She gave birth alone at home May 7. Rittgers claims the baby girl was stillborn; prosecutors claim the child was born alive but Richardson killed her. Rittgers argued and Andrew agreed that Richardson’s eating disorder could realistically have made her more prone to stillbirth.

She buried her daughter on the outskirts of her family’s property.

Boyce, a colleague of Andrew's who saw Richardson at an appointment three months later, told the court Wednesday that Richardson broke down in her office and told her about the baby’s burial.

Boyce consulted with Andrew after the appointment and called police, who unearthed the child’s skeletal remains two days later. Richardson would be arrested shortly afterward.