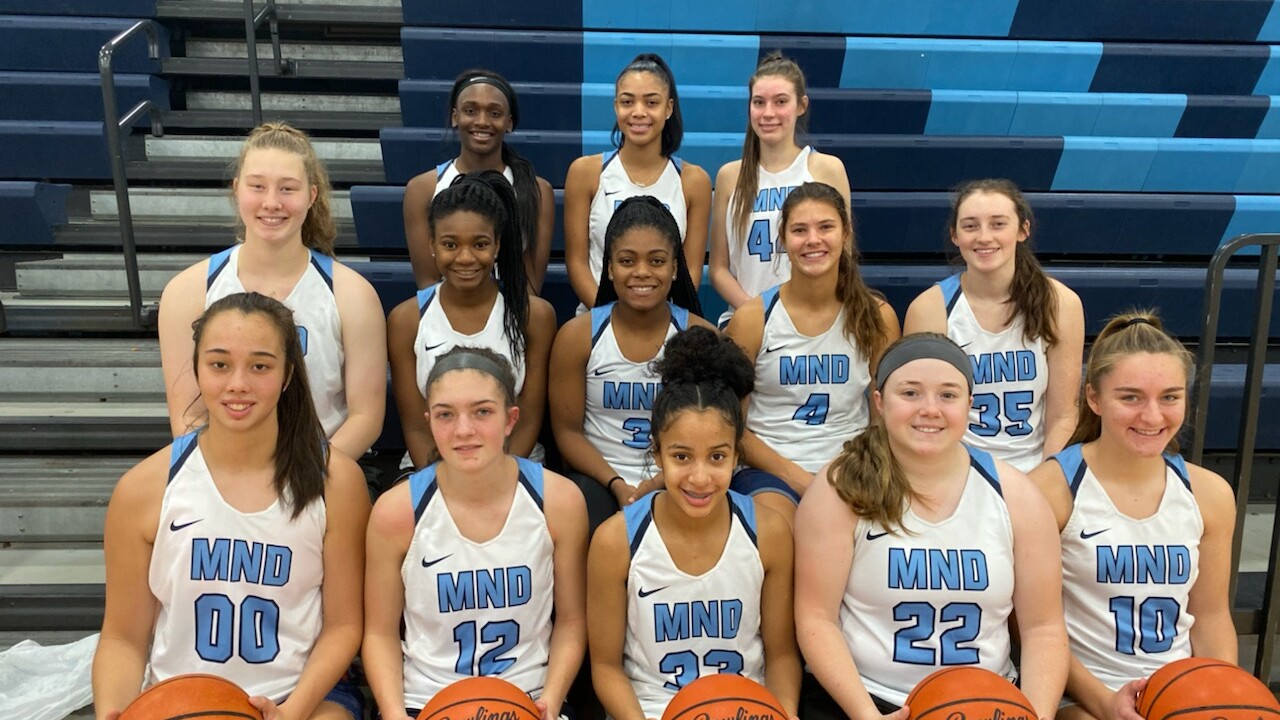 READING, Ohio — The Mount Notre Dame basketball program is making its 10th appearance in the state tournament this week.

But, you'd be hard-pressed to find any player or coach dwelling on the past success in Columbus.

"Nothing prepares you for walking on that floor in the first game," MND coach Dr. Scott Rogers said. "That's the great thing about it. I don't care if it was the 20th time. I am so proud of each team based on their own merits to get there. It's so hard to do."

This week marks the first time the state girls basketball tournament returns to St. John Arena since 2005 when MND was a D-I state runner-up.

Rogers, who has led the Cougars to four state titles as a head coach and one as an assistant, is proud of how this year's team has persevered through a very difficult schedule.

"There is so many great teams and coaches," Rogers said after the regional final. "Our kids have just a knack of believing."

But, the Cougars have been challenged multiple times this season including the regional final against Kettering Fairmont when they trailed by 11 points at the end of the first quarter.

Still, the Cougars didn't panic. They relied on their chemistry and experience in the second half.

"All these young ladies are team first," Rogers said. "I don't think you get here unless everyone has bought into that."

"Everybody knows that she is a special player," Rogers said.

Senior point guard Makira Cook (University of Dayton signee) averages 17.6 points. She has a been a leader for the Cougars all season.

Junior forward Autumn Crockett (four points and six rebounds in the regional final) and junior Cassidy Stainton are among the other significant contributors.

All the players understand how rewarding the journey has been to Columbus this winter.

Toledo Notre Dame, ranked No. 7 in the season's final Associated Press statewide poll, is making its seventh state tournament appearance in the past nine seasons.

"We have to play extremely well," Toledo Notre Dame coach Travis Galloway said. "We have to do a good job of understanding what their strengths are and hopefully finding weaknesses come Friday night. They're extremely well coached first and foremost. Obviously they have very talented players."

"I expect their ultimate best," Rogers said. "I expect it will be a battle and it always has been when we played. I expect no different."