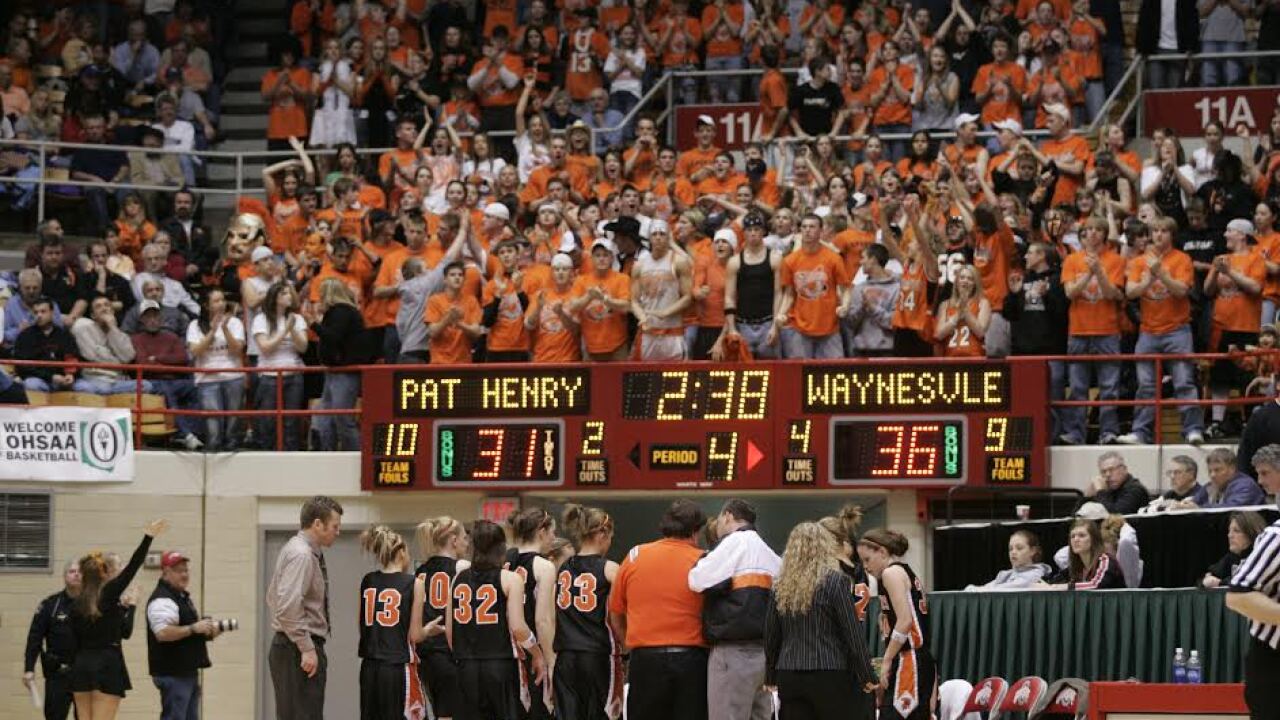 OHSAA file
St. John Arena will host the girls state basketball tournament March 12-14, 2020. It will be the first time the state girls tournament will be played in that arena since 2005.

Both state tournaments coincide with OSU’s spring break, which will allow for better parking options for spectators, the OHSAA said in a release.

“We are excited to return to St. John Arena, where many schools and basketball fans have great memories,” OHSAA Executive Director Jerry Snodgrass said in a statement.

“The Schottenstein Center and its staff have been great partners of the OHSAA, but there are some upcoming scheduling conflicts with OSU basketball and ice hockey teams on our state tournament dates, as well as parking concerns, so we have been talking with OSU about returning to St. John Arena.”

The 2020 boys basketball state tournament will continue to be played at the Schottenstein Center and is scheduled for March 19-21.

The sites for the 2021 girls basketball state tournament and the 2022 boys and girls tournaments have yet to be determined.

Moeller won its second straight state boys basketball title this past March and its fifth overall in March in front of 8,675 at The Schott.

Moeller (29-0) became the first Division I state boys’ basketball champion to be undefeated since Zanesville (26-0) in 1995. The Crusaders became the first D-I boys’ team to win back-to-back titles since Canton McKinley in 2005 and ’06.

Nov. 1 is the first day of boys basketball practice this season, and the games officially begin Nov. 27.

St. John Arena has been unavailable for OHSAA district, regional and state tournament contests, as it has been the practice and competition home of OSU women’s and men’s volleyball, women’s and men’s gymnastics and wrestling teams. However, OSU’s new Covelli Center is now open, which is the new home for those OSU sports.

Starting on a Thursday, the 2020 girls basketball state tournament will be at St. John Arena March 12-14.

The OHSAA announced this past April the tournament would leave the Schottenstein Center after being played there since 2006.

“It’s a really exciting time to have the state tournament back at St. John Arena,” Ohio Girls’ Basketball Director Bryce McKey told WCPO. “The atmosphere will undoubtedly be electric for three days as the best of the best compete for their ultimate goal.”

Mount Notre Dame won the 2019 Division I state girls' basketball title in front of 3,456 March 16 at the Schottenstein Center.

MND played at St. John Arena twice before in the state tournament including being the Division I state runner-up in 2005 and a Division II state semifinalist in 1989.

"There is so much history in that place," MND coach Dr. Scott Rogers told WCPO. "It has that old-school gym feel. I am sure every coach would want to play there."

Prior to moving into the Schottenstein Center in 2000, 23 of the 24 state girls’ basketball tournaments were held at St. John Arena.

“Ohio historically is one of the three strongest states for girls basketball in America,” McKey said. “This venue will show off the incredible support of our fanbases and give a much more up-close feel to the state tournament.”

"I was happy they kept it in Columbus," Rogers said. "Ohio State has always treated us great."

Oct. 25 is the first official day of practice for girls basketball statewide and the season begins Nov. 22.

The OHSAA’s 2020 individual wrestling state tournament at the Schottenstein Center will begin on Friday, March 13, and conclude Sunday, March 15.