Taft boys' basketball program is all about family 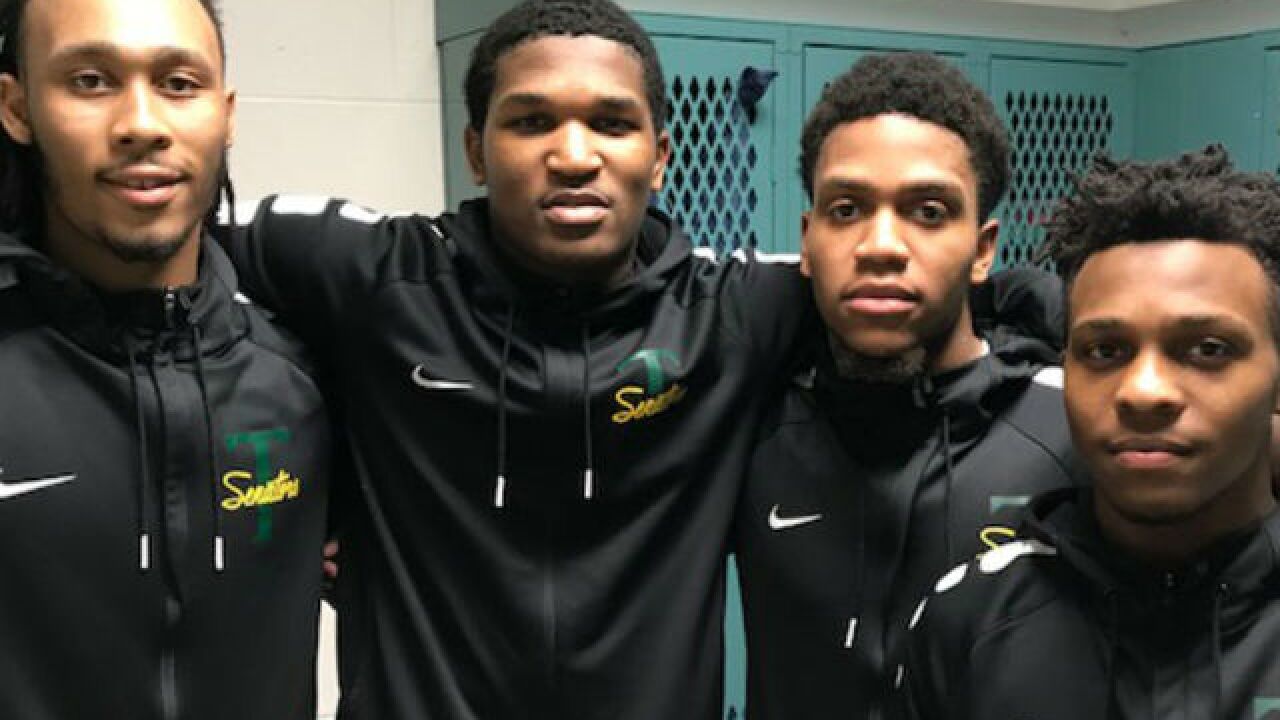 MASON, Ohio – Taft senior guard Dashawn Lawrence enjoys any opportunity the Senators have to play in front of a large crowd. It is a postseason like this that creates lasting memories.

Taft defeated Woodward twice in the regular season. but all that matters now is the tournament. Woodward standout Terry Durham scored a career-high 42 points Wednesday night against Indian Hill.

Lawrence and three of his Taft teammates – junior forwards Donta’e Mosley and Chris’seon Stringer along with junior guard Demarco Bradley Jr. - have been playing together since elementary school.

“There is so much chemistry among the guys,” said Taft coach Demarco Bradley, who is the junior guard’s father.

After Wednesday’s 58-31 win over CHCA, the Taft teammates took a moment to explain how much they’ve enjoyed the journey together. It's much bigger than basketball. It's all about family.

“I think it makes the game pretty much easier,” Lawrence said. “Mentally, we know each other’s strengths and weaknesses. We know where we will be at on the court.”

Bradley Jr. has a fractured wrist and is sidelined this week. He hopes to return in a week. But, his support for his teammates was on display from the bench Wednesday night.

“It’s just fun being around your brothers all the time,” Bradley Jr. said. “It means a whole lot. Being around it my whole life, it just seems so much fun."

Said Lawrence: “We just had to pull through for our brother. That’s what it is about.”

As youngsters who started playing Amateur Athletic Union basketball in the fifth grade, the four players looked up to the likes of former Taft standouts Orlando Berry and Adolphus Washington, who is now a Buffalo Bills defensive lineman.

“We looked up to them and wanted to be just like them,” Lawrence said.

The Senators have an expectation level that runs through the program. They want to carry on the legacy.

Coach Bradley studies the game and understands how much preparation is needed for an opponent. His emphasis on defense is unrelenting. His energy on the sideline shows how much passion he has for his players and the Taft basketball program.

“It means a whole lot to him,” Bradley Jr. said. “All he thinks about is basketball. He talks about basketball 24/7. He can talk about basketball in the morning, in the middle of the day and all night. He won’t stop.”