Woodward basketball standout Terry Durham is having a memorable season 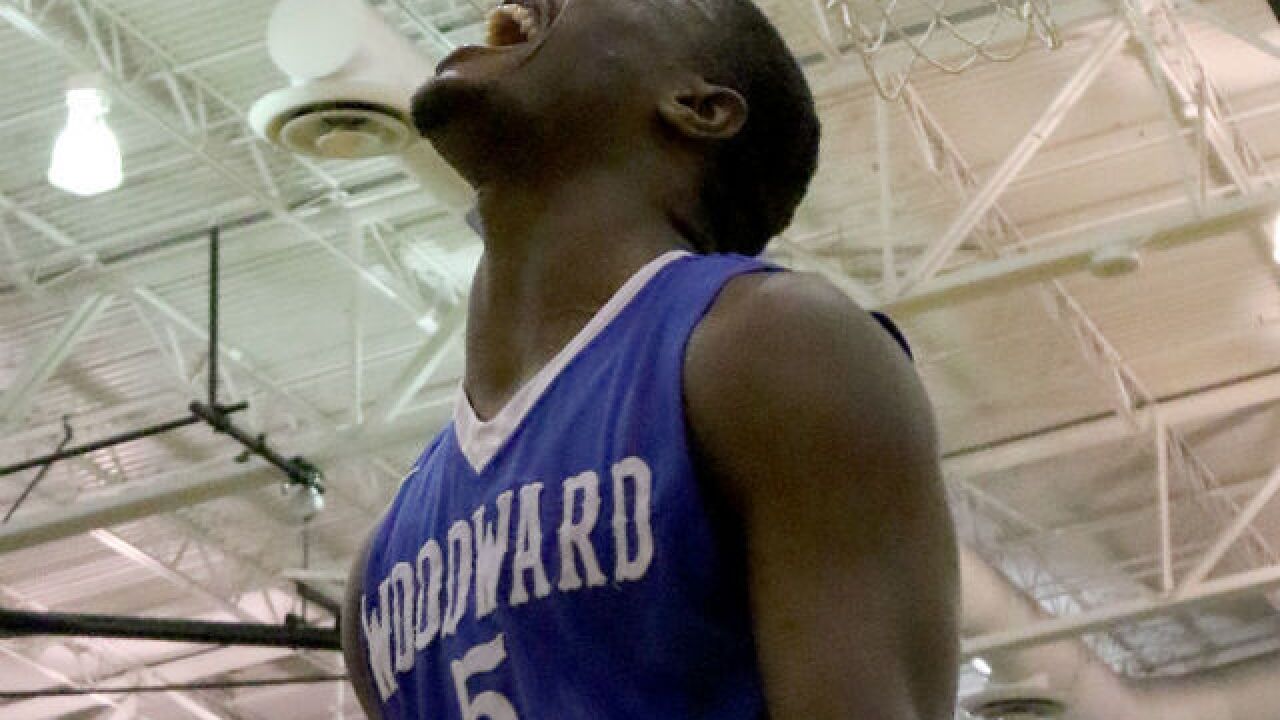 So the Woodward senior 6-foot-5 forward took it upon himself to give every ounce of energy he had on the court in a memorable performance at the Mason Middle School Arena.

“He put the team on his back,” Woodward coach Jarelle Redden said.

Durham’s effort took toughness, physicality and perseverance. He also showed why he is one of the state’s top players this winter regardless of division.

"He’s a beast,” Indian Hill coach Tim Burch said. “He’s as good as it gets. He’s a great player.”

Because of Durham’s efforts, Woodward (15-9) has a highly anticipated matchup against Cincinnati Metro Athletic Conference opponent Taft (16-6) in the sectional final at 8 p.m. Saturday at Mason.

“I want to go up to Columbus and win state for my team,” Durham said Wednesday night. “This is my last year so I have to go all out for my team, my family, my coaches and the school. I just show so much support for my school – I love it.”

Former Woodward basketball coach Paul McMillan said Durham is handling the ball better and being more selective with his shots this season. In short, he’s letting the game come to him.

"The potential has always been there,” McMillan said. “He works so hard. Coach Jarelle Redden had him working real hard this past spring and summer. We kind of knew he was going to have a monster season this year.”

On Wednesday night, Redden didn’t want jump shots from his standout. He simply wanted Durham to reside in the post all night.

It was nothing fancy. But, it was very effective in drawing contact. Indian Hill had three post players foul out.

Redden told Durham Wednesday morning he would score 40 points if he stayed true to the game plan.

Durham, the District 16 Coaches’ Association Division II Player of the Year, finished 24 of 33 on free throws. The unofficial stats had him with 10 rebounds, but he had way more than that.

Sitting near Redden by the locker room after the game, Durham felt sore. But, that couldn’t hide his smile. Durham enjoyed the postgame celebration with his teammates. He had earned it.

With almost a minute left in the third quarter, Durham grimaced in pain and hobbled after he felt his calf make hard contact and twist when he hit the floor. Durham jogged and shuffled a bit on the sideline. He told the Woodward trainer he wasn’t about to sit out the rest of the game.

“In the fourth quarter he showed how really, really tough he can be,” Redden said. “He showed me that he can play through whatever and still deliver. He got the rebounds – he scored when it came to him.”

With the game tied at 57 in overtime, Woodward guard Hakeem Thomas made a nice defensive play to tie up Indian Hill with 34 seconds left.

The Bulldogs took advantage on the next possession as Durham made a spin move on the baseline and scored on an uncontested layup.

That gave Durham 42 points for the night and most importantly a team celebration on the court. His previous career high in points was 37 in a win over visiting Shroder in early February – the same night he reached 1,000 career points.

Jamela Durham, Terry’s mother, said it was ironic Wednesday night because she wore No. 42 at Woodward when she played power forward in 1998. Jamela’s father is a first cousin to former Major League Baseball player Leon Durham, a Woodward product.

“(Terry) was in his zone,” Jamela said. “These were the most free throws he had ever made throughout the season. He went really hard tonight. He showed up and showed out. I’m really proud of him.”

Terry Durham is still undecided about his future college plans as of this week.

Winthrop, Cleveland State, University of Tennessee at Martin and Chicago State are among the many schools interested in him for basketball.

The University of Cincinnati, Boston College and North Carolina State are interested in Durham for football.

From Durham's explosive speed to his tenacious pass rush, Lippincott said the standout has it all on the football field.

Durham had 16 tackles against Withrow in the 2017 season opener in August in what his coaches called a dominating performance. In mid-September, he had another special performance against Hughes. "He was a one-man wrecking crew," Lippincott said.

Whether he chooses basketball or football, Durham has plenty of options. He also has the support of the school’s coaches.

“He’s an NFL guy,” said Woodward football coach Kali Jones. “He’s a phenomenal athlete and a gifted athlete. As a football coach, I see some football traits. But, as a basketball player – because of his athleticism and tenacity – he’s unstoppable once you get him in the paint.”