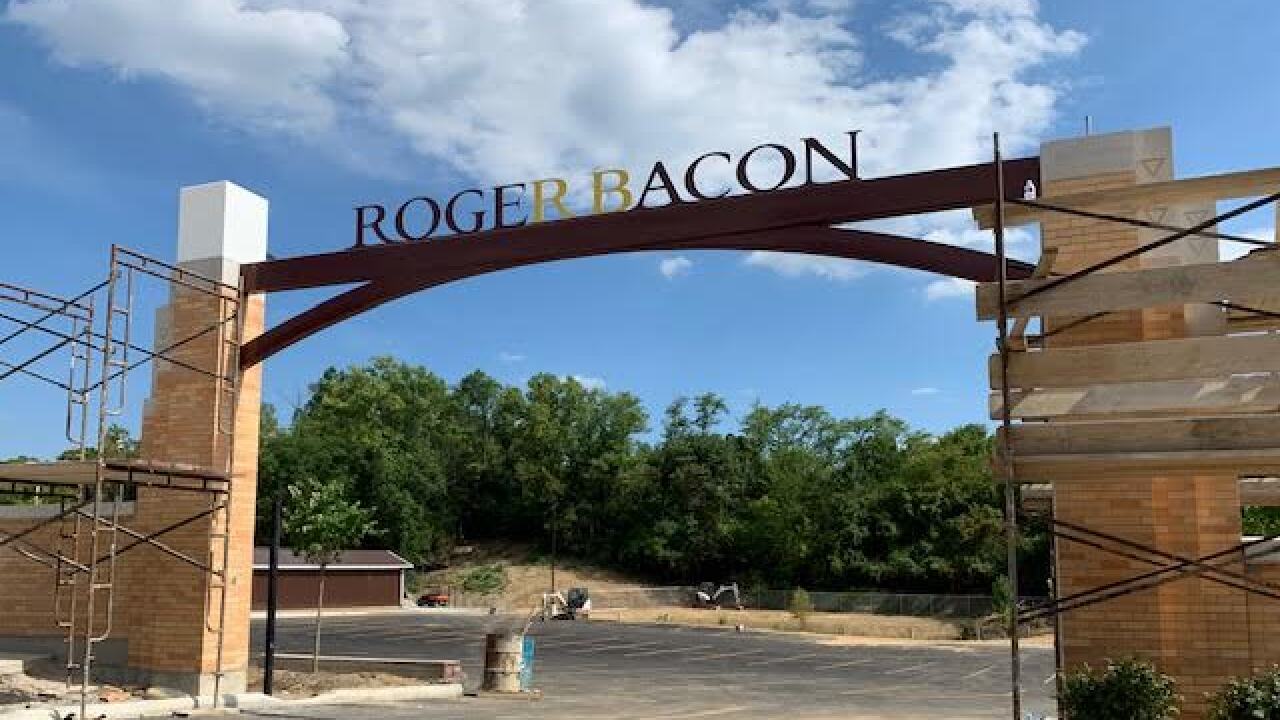 CINCINNATI — Week 2 of the Ohio high school football season will carry plenty of storylines this weekend.

From the renewal of the area’s best high school football rivalry, a standout running back nearing 5,000 career yards and the re-dedication of a storied venue – there is plenty to discuss for the first weekend in September:

Rivalry renewed: Friday night’s St. Xavier (1-0) at Colerain (1-0) game will be the 39th meeting between the storied programs since 1984.

As soon as Colerain defeated host Huber Heights Wayne 28-19 Aug. 30, Colerain coach Shawn Cutright heard one of the assistant coaches explain that it was “X week.”

“We’re looking forward to it,” said Cutright, who took over Colerain’s head coach in December after being a longtime Cardinals defensive coordinator.

“I know it should be a good battle. (St. Xavier coach) Steve (Specht) has a great team over there and their quarterback is a pretty good kid. We will definitely have our hands full.”

Specht said it will be different not to see longtime Colerain head coach Tom Bolden on the opposing sideline, but he knows the Cardinals won’t miss a beat with Cutright.

“Shawn has always done a great job with that defense so I don’t think you are going to see any change there,” Specht said. “Colerain High School and St. Xavier High School are a hell of a lot bigger than any one person. So it’s going to be another titanic matchup of some heavyweights.”

This week is the first game of a home-and-home agreement that was renewed in March 2018. The 2020 game will be Week 2 at St. Xavier.

Re-dedication of Bron Bacevich Stadium: Roger Bacon (1-0) will host Newport Central Catholic (1-1) at 7 p.m. Friday in a highly-anticipated game for the Spartans community. Built in 1954, the stadium had a multi-phased renovation and restorative process throughout this past spring and summer.

“It’s huge,” said Roger Bacon coach Mike Blaut, a 1988 graduate. “I’ve always had a special place in my heart for that venue and now it’s that much better.”

The school will host a re-dedication ceremony 20 minutes prior to the kickoff. There are also class reunions planned that night.

Nearing a milestone: Winton Woods senior running back Miyan Williams is 37 yards away from reaching 5,000 rushing yards for his high school career.

Williams, who is verbally committed to Iowa State, was the 2018 Ohio Mr. Football runner-up.

Williams had 14 carries for 132 yards and a touchdown last week in a 36-7 win at Trotwood-Madison.

The minimum for appearing on the OHSAA state record for most career rushing yards is 5,750 yards.

Williams had 384 yards as a freshman in 2016, 1,602 yards as a sophomore and 2,845 yards as a junior last season, according to the Winton Woods athletic department.

He finished the 2018 season as No. 19 on the Ohio High School Athletic Association’s single-season rushing yards list.

Just believe: The narrative for the Withrow football team since January has been to believe.

That held true to form this past weekend as the Tigers defeated host Woodward 12-8 Saturday after the game was suspended Friday night in the third quarter.

Withrow coach Kali Jones, formerly the Woodward coach, was proud of the effort from both teams. Jones admitted it was an emotional game knowing the Woodward players were energetic and ready to face their former coach.

“It was a really good game,” Jones said. “An awesome game.”

Quarterback Daniel Ingram, who formerly played at Woodward, was also very effective and had a 50-yard run among his highlights.

Withrow, which had been 2-18 the past two seasons entering this season opener, persevered as a unit and stayed resilient on the field despite having to resume the game Saturday morning.

Jones said he is proud of the entire team, which only starts three seniors on offense and three seniors on defense. Eighty-five percent of the starters are sophomores, which is promising for the future.

Withrow has had four different head coaches in the past six years, but Jones likes the direction of the program this season.

Withrow (1-0) plays at Princeton (1-0) Friday. This is the second game of a home-and-home agreement.

Kiner, rated the nation’s No. 6 running back in the 2021 class by 247 Sports, is rated the state’s No. 4 player overall (regardless of position) in his class.

UC, Marshall and Miami University are showing interest in Middletown junior running back Josh Bryant, according to Middies coach Don Simpson. Bryant had 10 carries for 209 yards and three touchdowns in a 49-0 over host Western Hills. Simpson said the defense dominated the line in the game including senior defensive ends Cheikh Fall (6-foot-4, 215 pounds) and Jayden Burks (6-4, 210).

Extra points: Summit Country Day plays at Cincinnati Country Day Friday in a renewal of the Miami Valley Conference rivalry. Summit defeated Landmark Christian 33-0 last week. This week is the first game for CCDS. CCDS leads the all-time sereis 29-16 but Summit has won three consecutive games.
Oak Hills plans to recognize the 1999 team during the game against visiting Simon Kenton Friday night. That team was the most recent to be in the postseason at Oak Hills.