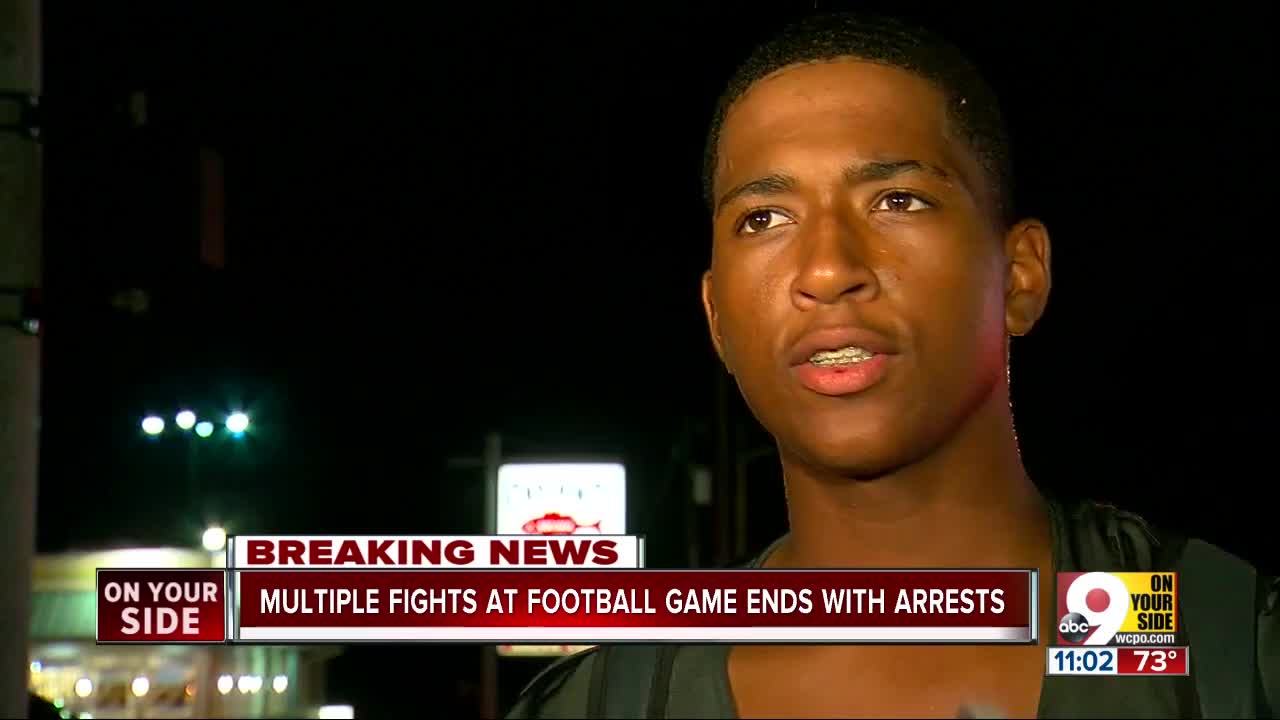 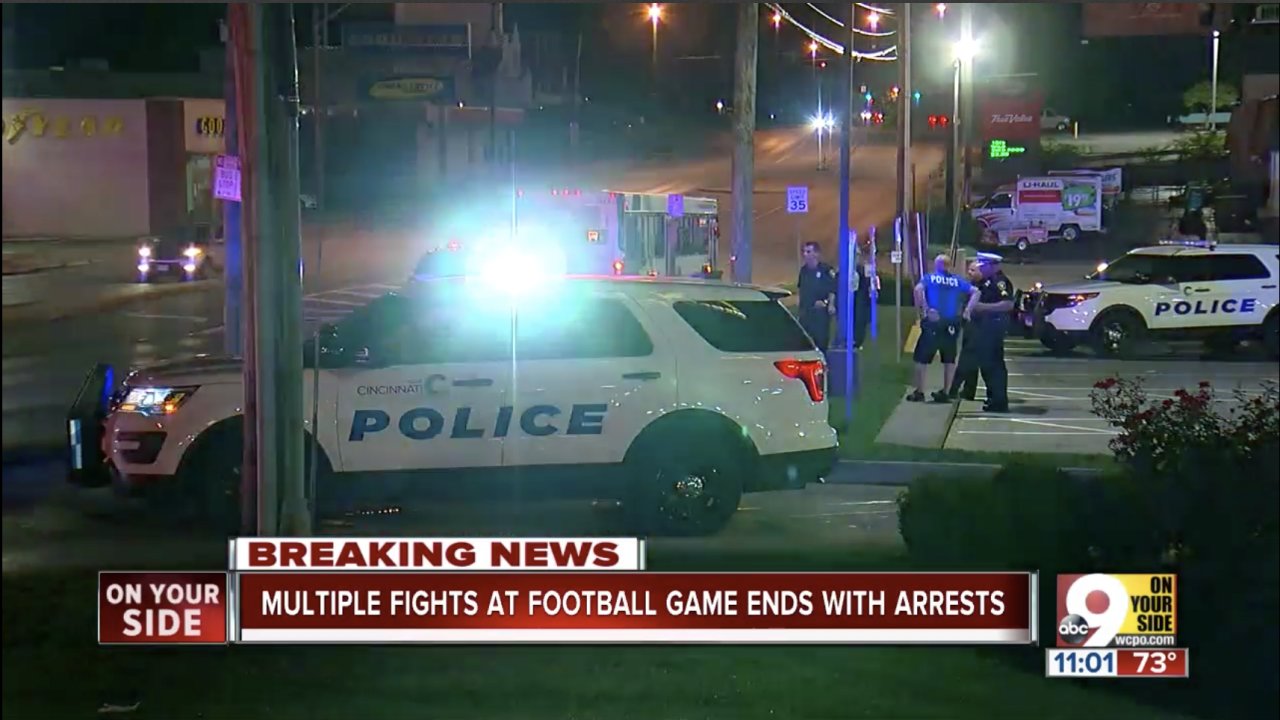 CINCINNATI — Police said they were forced to shut down a local high school football game at Woodward High School in Bond Hill after several large fights broke out throughout the event.

According to police, multiple people were arrested after the fights, but they didn't say exactly how many.

The football game, between rivals Woodward High School and Withrow High School, kicked off around 8:40 p.m. Friday night. Officers working during the game said they spotted a large, unruly crowd, with multiple fights breaking out within the group.

Police said those officers called for backup, and made multiple arrests before calling the game.

"There were people running off the stands, into the hills," said Matthew Jackson, a Woodward High football player. He was on the field when the fights broke out. "The coach told us to focus on the game, and that's what we focused on. About 10 to 15 minutes later, the coach and cops made us clear the field and go into the locker room."

Police said no one was seriously injured in any of the fights, but they have no word on what may have led up to the confrontations or what charges those arrested may face.