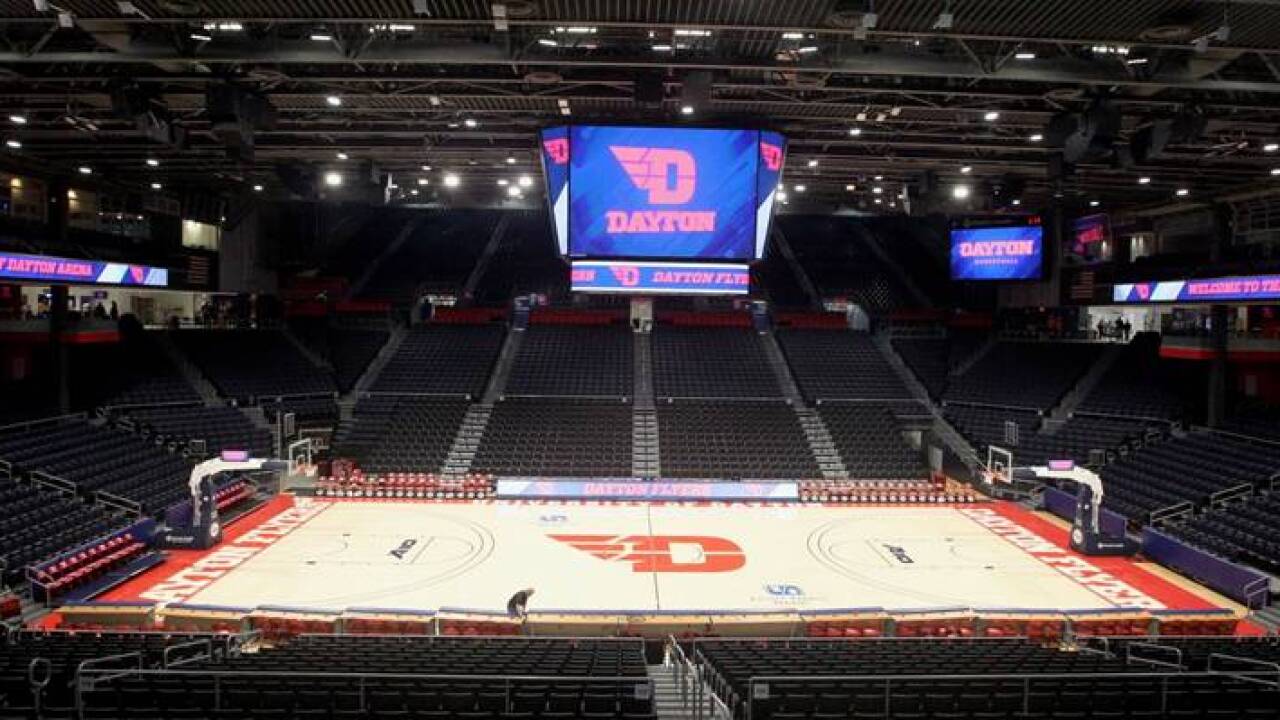 Dayton Daily News
The University of Dayton Arena will be the host of the OHSAA girls basketball state tournament for the next three years.

The OHSAA announced Tuesday morning it has signed a three-year agreement to have the annual March tournament played at University of Dayton Arena.

The OHSAA girls basketball state tournament had been held in Columbus since 1987 at either St. John Arena or the Schottenstein Center. However, the OHSAA said in a statement Tuesday there are a limited number of dates available to use either Columbus-based arena in March.

Since the OHSAA sanctioned girls basketball in 1976, the state tournament has only been held outside of Columbus once when the University of Akron hosted the event in 1986.

“We are very excited to sign a three-year agreement for our member schools to experience UD Arena,” OHSAA executive director Jerry Snodgrass said in a statement. “Southwest Ohio loves and supports basketball and the people at the University of Dayton have made it clear that they really want this state tournament on their campus. We believe that we have found a great home for the girls basketball state tournament.”

Having hosted 125 NCAA basketball tournament games, UD Arena has been the home court for March Madness more than any other facility in the country.

UD Arena has a seating capacity of 13,000 and has played host to many OHSAA basketball tournament games, along with Atlantic 10 Conference and NCAA tournament games. During the regular season, it is the home of the University of Dayton Flyers women’s and men’s basketball teams.

UD Arena recently completed a transformation project that was the largest construction effort in the university’s history. It is regarded as one of the nation’s premier basketball facilities to go along with fan support that consistently ranks among the best in college basketball.

“The same ingredients that make UD Arena the ideal place for the NCAA First Four – community support and excitement for the game of basketball, our facilities, staff and tournament hosting experience – will help create lifelong memories for the young women who come to Dayton to play in the state tournament and their school communities.”

This past season's state tournament was scheduled to be held at St. John Arena in March until it was postponed and later canceled due to the coronavirus outbreak.

"I just think it's going to be a big change," said Ohio Girls' Basketball Report director Bryce McKey. "But having dealt with being the event operator for different facilities at different times it's never easy. And so you have to make the most of the cards that you're dealt. At the end of the day, UD has a great arena, they have a great fan base for women's basketball and so it's not going to change how special it is to make a Final Four."

Mount Notre Dame, the 2019 Division I state champion, will return to the court next season after having an undefeated record (28-0) as a state semifinalist before the season was canceled. MND has a 44-game win streak.

The Cougars feature junior standout guard KK Bransford, who is one of the nation's top players in the 2022 class. Bransford was named to the MaxPreps All-Amercan Third Team in late March. Bransford was the only sophomore on the first four national teams by MaxPreps.