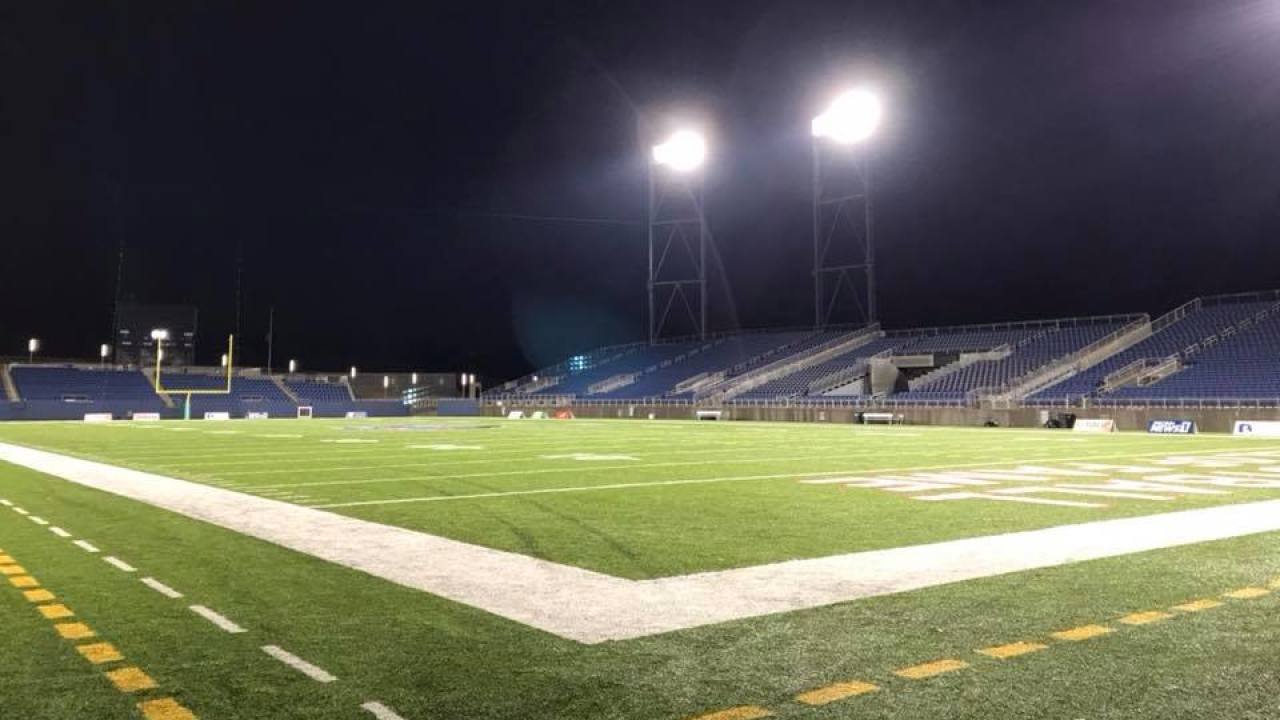 CINCINNATI — The Ohio High School Athletic Association is considering the use of instant replay in the state football finals, but no decision has been made.

“We’re working hard on it,” said Beau Rugg, OHSAA director of Officiating and Sport Management. “We have the infrastructure at the state finals. They haven’t gotten back to me exactly what they have there at their disposal. We’re getting a lot of good information and then we can make good decisions.”

The National Federation of State High School Associations announced in February a rule change that would permit state associations to create instant replay procedures for state playoff football games only.

The change was approved by the NFHS Football Rules Committee and would allow game or replay officials to use a monitor during state playoff games to review decisions by the on-field game officials.

The OHSAA state football finals will return this year to Tom Benson Hall of Fame Stadium in Canton for the third consecutive season. This year’s finals will likely be Dec. 5-7 and will be televised live by Spectrum News 1.

Rugg told WCPO the OHSAA is consulting with Big Ten replay officials and an NFL official regarding how instant replay could possibly be implemented in the state finals. The OHSAA must also likely work extensively with a TV partner such as Spectrum in order to make replay available and to constructively conduct a review process.

“You want to have it where it adds something, it adds value,” Rugg said of instant replay, adding later: "I don’t want the flow of the game ruined.”

The OHSAA seemingly has time to make a decision before a recommendation is presented to its board of directors as part of the football tournament regulations.

In the past few years, the OHSAA Board of Directors has approved the football regional maps and divisional breakdowns at its June meeting. That board meeting is scheduled for June 6. That appears to be the earliest time frame for a recommendation about instant replay if it were to occur.

Sometimes regulations are approved in part in June with another decision to be made later. So it’s possible a football tournament regulation like instant replay could be approved in June or could wait until another board meeting in the early fall.

Longtime area official Jon Sagers said he's all in favor of using technology to get the call correct in a high school game or event.

"Whatever we can do to make the call right, let's get it right," said Sagers, an OHSAA Officials Hall of Famer. "...And whether it's a judgment call, a rules of application call — let's get the call right. That's the most important thing."

“There has been no support shown by our member schools to implement instant replay in our football championships,” IHSAA commissioner Bobby Cox told WCPO. “Likewise, we have not received any support from our local officials associations to move in this direction.”

KHSAA commissioner Julian Tackett told WCPO it would take considerable research into costs, facility equipment and extra staffing to step into that area.

“Just because you are in a facility that has video boards, doesn't mean you have free operators of cameras,” Tackett said. “As an example, this year, there were three other events on Kentucky's campus while we were there for our final games (at Kroger Field). There was likely no video staff available to even operate the existing equipment.”

“This year in our first game of the weekend, we had a catch / no-catch issue on a possible interception,” Tackett said. “Would it have been nice to be able to review? Maybe. But with three cameras on our webcast and professional camera operators, we didn't have a good look at that play.

"So how much do you spend and what is the cost-benefit analysis to use those resources for three to four plays in a weekend? Those are the kinds of things we would have to go down the road examining before undertaking something such as replay.”

At least three state associations — Alabama, New Jersey and Minnesota — had instant replay in football during the 2018 season. Alabama and New Jersey adopted replay for their regular seasons while Minnesota keeps the rule for its state semifinal and final games.

Georgia has also discussed the possibility of instant replay for its state football finals. Although there is not a proposal on the agenda for its April 15 meeting of the Georgia High School Association State Executive Committee, a football sub-committee is expected to discuss the issue.