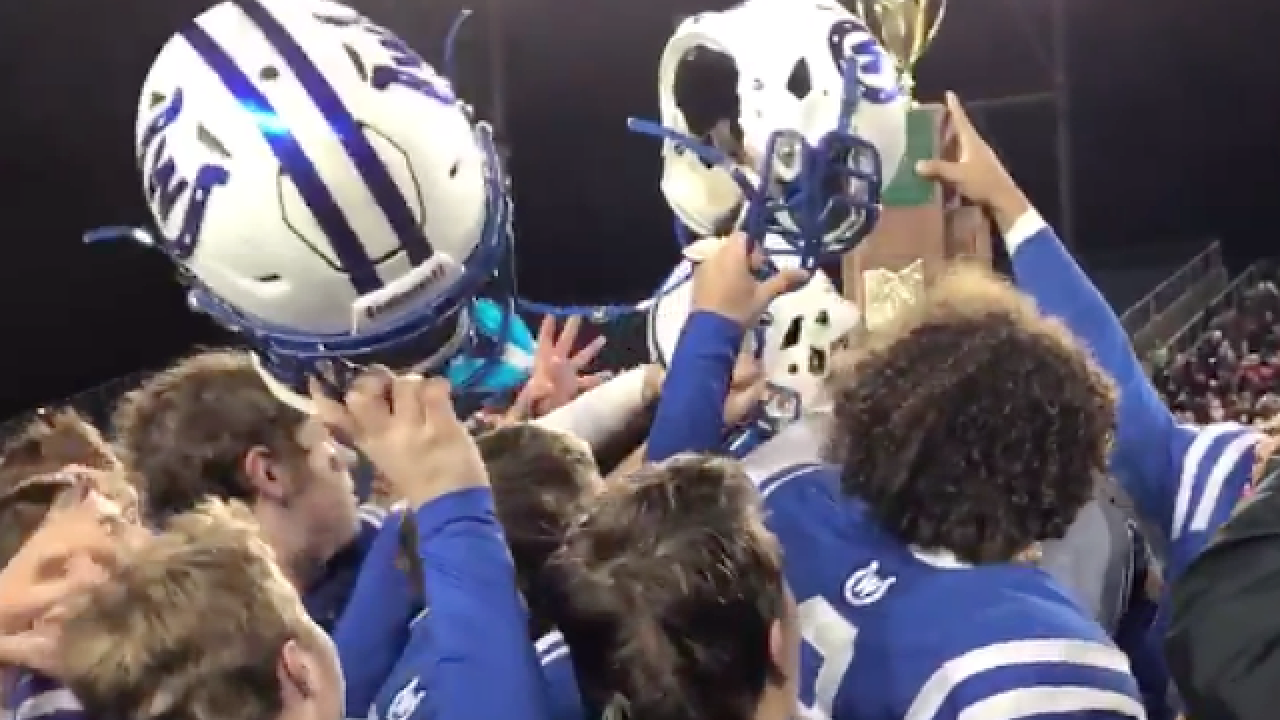 The Cowboys defeated Girard 42-14 in the Division IV state final Saturday night in front of 5,532 at Tom Benson Hall of Stadium.

"Fantastic," Wyoming coach Aaron Hanock said. "Fired up, man. This is awesome. This is a great feeling. These kids deserve. They work extremely hard. I am so proud to be their head football coach."

It is the second state football title for Wyoming and the first since 1977 when the Cowboys won the Class AA title (11-0) in Akron.

Prater, named the Division IV state offensive player of the year this past week, scored on a 32-yard misdirection run at the 9:06 mark of the first quarter to help give the Cowboys a 7-0 lead. That was Prater’s 30th rushing touchdown of the season.

Girard (13-2), making its first state final appearance, responded on the next drive when senior quarterback Mark Waid scored on a 5-yard touchdown run. That completed a 10-play, 83-yard drive that took 2:34.

Wyoming went ahead 14-7 when Prater found Edmonds on a slant pattern for 16 yards in the end zone on fourth down. That was Edmonds’ first reception of the night and he was just getting started with his impact in the state final.

Wyoming forced another Girard punt and the Cowboys sustained a lengthy drive after that. Prater found Edmonds for a 29-yard touchdown pass connection to help the Cowboys lead 21-7 at the 5:40 mark of the second quarter.

Edmonds picked off Waid on the next drive. Then, Edmonds made an acrobatic 35-yard catch with two defenders near him on Wyoming’s next drive.

That set up Prater’s 8-yard touchdown run that helped to give the Cowboys a 28-7 lead at halftime.

In the third quarter, Waid found junior wide receiver Nick Malito, who went 95 yards for a touchdown to help close the gap to 28-14. That score set a new Division IV state finals record for the longest touchdown pass. The previous record was 84 yards in 1998 when Orrville quarterback Justin Zwick (Ohio State) connected to Andy Lorson in a game against Coldwater at Massillon’s Paul Brown Tiger Stadium.

Wyoming went ahead 35-14 early in the fourth quarter when sophomore Brennan Pagan took the jet sweep and scored on a 18-yard run.

Wyoming improved to 27-1 with Prater as the starting quarterback the past two seasons.

Wyoming, which set a program record for most wins in a single season (15), made its third trip to the state finals. Wyoming was also the Class AA state runner-up in 1975.