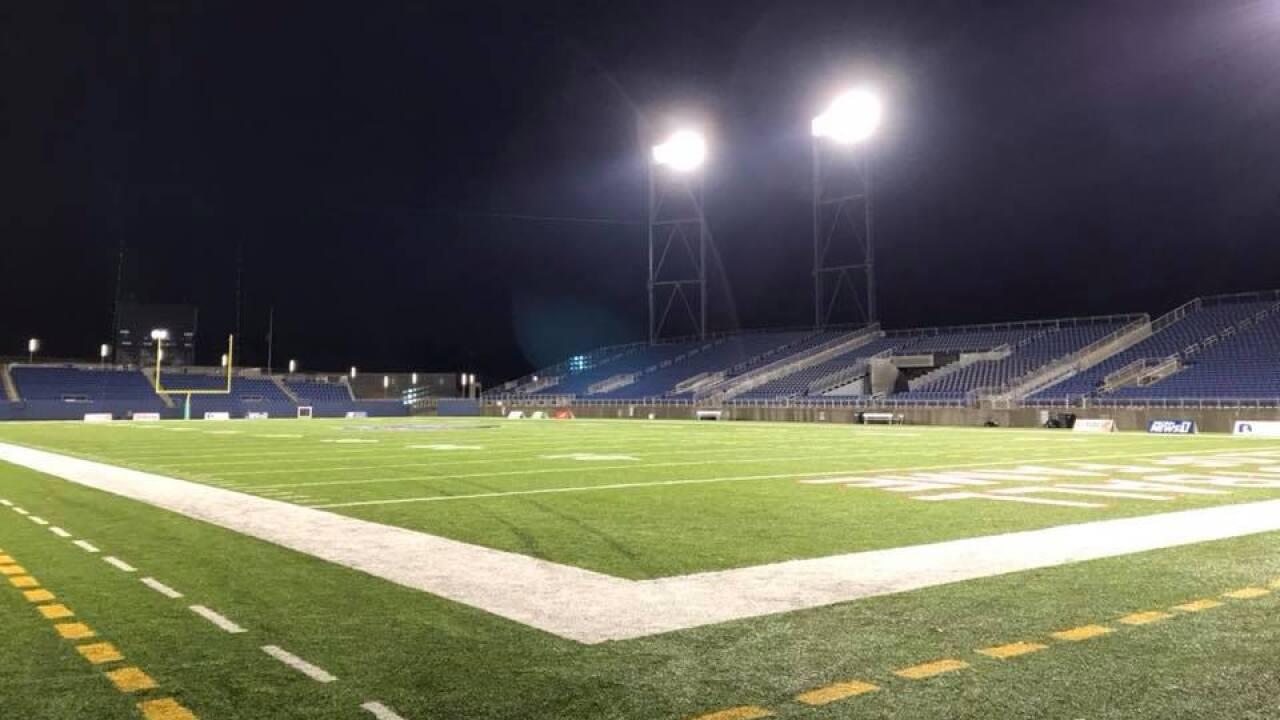 The OHSAA Board of Directors approved a vote Thursday morning to keep the finals at Tom Benson Hall of Fame Stadium, which is adjacent to the Pro Football Hall of Fame. The board approved the measure by an 8-0 vote. It is considered an extension of the agreement the OHSAA had with the stadium in 2017 and 2018.

“We have a great site in Canton for the football finals and we are pleased to return there in December,” Snodgrass said. “We will continue to talk with Ohio State and the Greater Columbus Sports Commission about hosting in the future, but we wanted to make a decision this winter regarding 2019 and we would need more time to come to an agreement with Columbus. In Stark County, we have great hosts with Visit Canton and the Pro Football Hall of Fame and we are fortunate to stay there another year.”

The OHSAA Board of Directors also approved a measure to move the state baseball finals this spring to Canal Park in Akron June 6-8. The board approved the move by an 8-0 vote.

Canal Park is home to the Akron RubberDucks, the Double A minor league affiliate of the Cleveland Indians.

"The Clippers and Huntington Park have been great hosts, but our baseball season is a week later now and it conflicts with the Clippers’ 2019 home schedule,” said Jerry Snodgrass, OHSAA Executive Director. “We looked at many sites, but for several reasons, including similar schedule conflicts at other locations, we believe that Canal Park is the best choice.”

The state baseball finals were previously held at Huntington Park in Columbus, but the Cleveland Indians’ Triple-A affiliate couldn’t host the tournament this spring due to scheduling. The Clippers hold Norfolk during a seven-game homestand during that first week of June.

Huntington Park had been the home of the state finals since it opened in 2009.

This upcoming football season will be the third consecutive year the state football finals will be held in Canton. There had been some discussion of the football finals returning to Columbus, but Stark County proved to be the best option.

The 2018 football playoffs total attendance (all five rounds) was 379,587, which is the lowest since the playoffs were expanded to five rounds (eight qualifiers per region) in 1999, according to the OHSAA.

A state football final has not been held in Cincinnati since 1980 when Moeller defeated Massillon Washington 30-7 in the Division I state championship at Nippert Stadium.