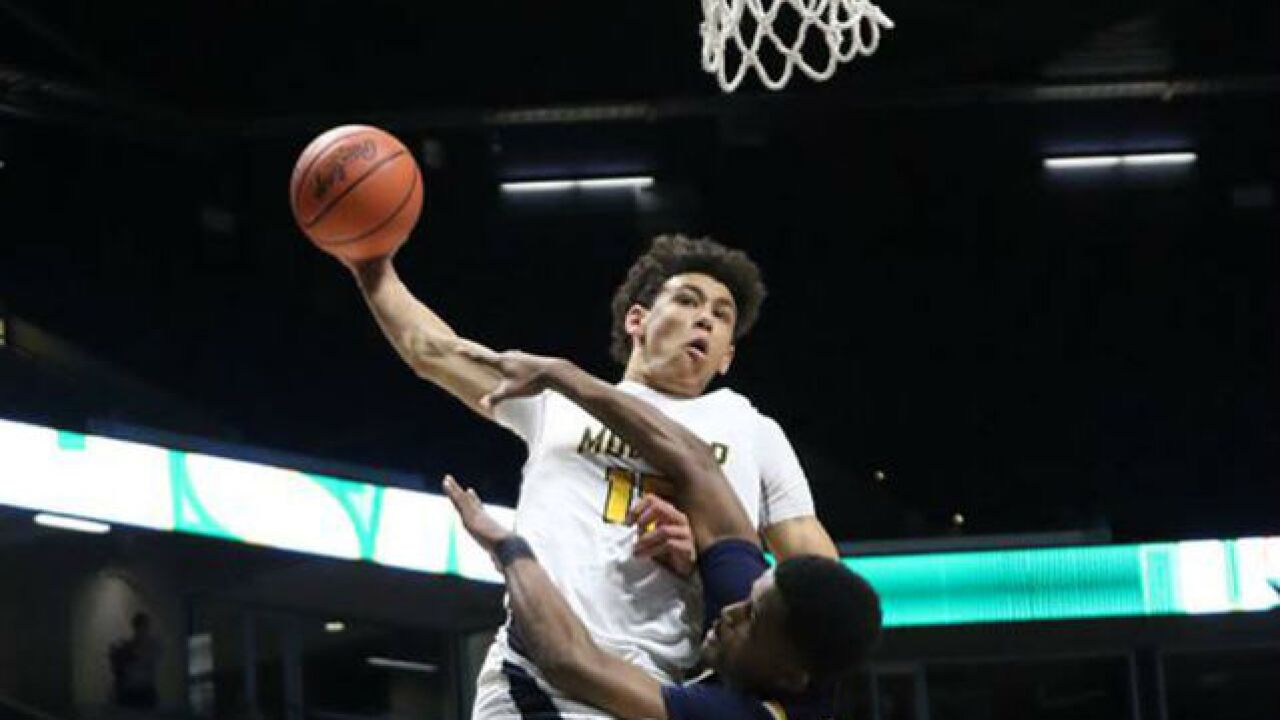 Copyright 2018 Scripps Media, Inc. All rights reserved. This material may not be published, broadcast, rewritten, or redistributed.
<p>Moeller senior forward Jaxson Hayes goes up for a dunk in the regional semifinal against Springfield at Xavier University's Cintas Center March 14. (Tony Tribble photo)</p>

Each team has a unique journey on Montgomery Road. The day after the banquet each spring, a new season unofficially begins.

While the players on last year’s team are hungry for a possible opportunity at a second straight state final, this season has four new starters and has created its own path to Columbus while still remembering the Division I state runner-up finish of March 2017.

“These people come around with all this unfinished business (talk) and I told our guys, ‘there is no unfinished business,’” Kremer said. “Last year was last year’s journey. We had some of the greatest kids ever on that team. We had an unbelievable season and lost by one (to Massillon Jackson) in the state final, but that has zero to do with this year. I don’t buy into all that ‘unfinished business.’ This is 100 percent about this team’s journey.”

Lorain, making its first state tournament appearance since the first year of the tournament in 1923, defeated Toledo St. John’s Jesuit and Lakewood St. Edward in order to reach the state Final Four.

Lorain is led by junior 6-foot-1 guard Devone Grant, who is averaging 20.5 points for the Titans. Lorain averages 65.7 points and allows an average of 55.5 points.

“(Grant) is really, really good at the end of games,” Kremer said. “He can do things that normal high school kids can’t. I think it will be a great challenge.”

Lorain coach John Rositano said Grant is a big-game player and helped carry the Titans to Columbus after being in the regional tournament three of the past four years.

Lorain graduated all five starters from a year ago but started the season with an 8-1 record.  A three-game losing streak in the middle of the season brought the squad together. The Titans are on a nine-game winning streak entering this weekend.

Rositano said sophomore guard/forward Jordan Jackson (9.6 ppg.) has a chance to be special. Still, Lorain will have to face a Moeller team that may be playing the best basketball of anyone around the state.

Moeller has the experience, talent and athleticism but it must execute. Kremer said the Crusaders will have to play their best game of the season Friday night.

Kremer likes to point to playing tough games in the Beach Ball Classic in Myrtle Beach in December a turning point as the identity for the team especially defensively.

“I felt like we started to find our chemistry,” Kremer said. “Since we’ve come home we’ve settled into a style. We started playing team defense and we’ve been much better.”