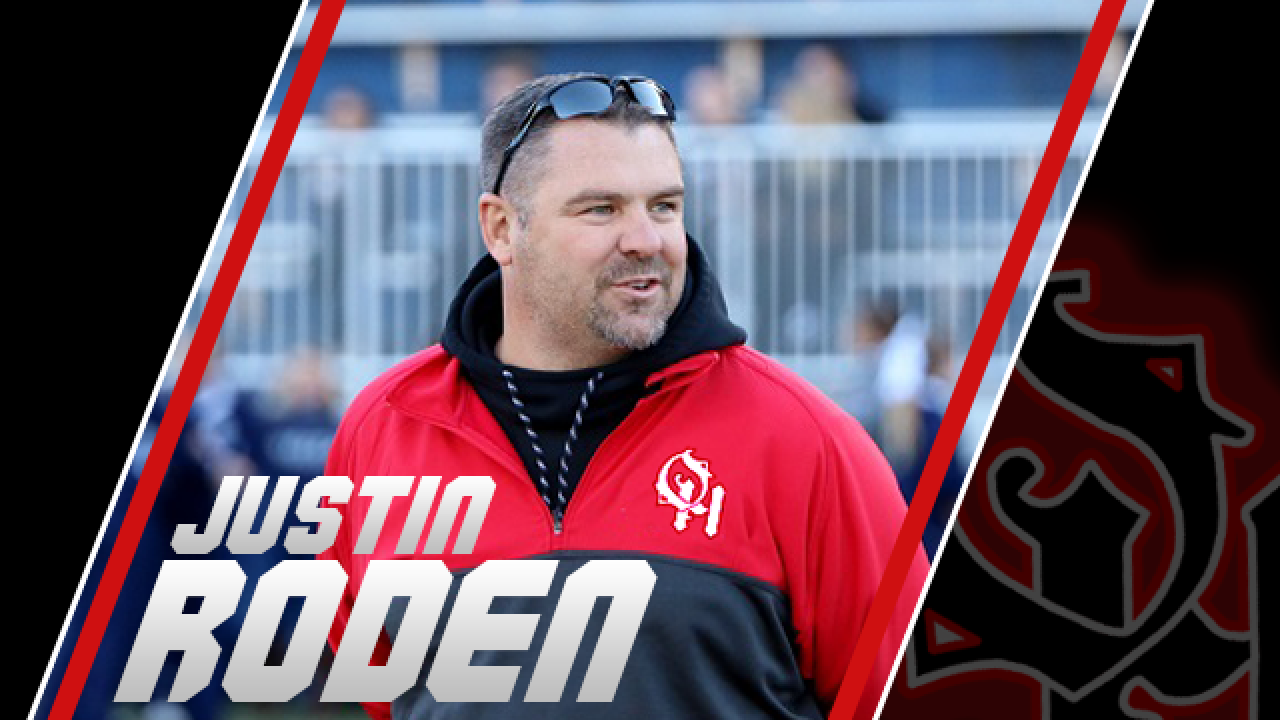 GREEN TOWNSHIP, Ohio — A return to Oak Hills High School is a homecoming of sorts for Justin Roden.

“I’m excited to get back,” Roden said. “I’ve always kept tabs on Oak Hills. The last three coaches – I have all had great friendships with. There is a lot of familiarity for me which makes it an easy transition just because I know so many people over there and I’ve been there before. I do believe there is some potential.”

Roden, who led East Central High School to an Indiana 4A state championship in 2017, was most recently the Noblesville (Ind.) head coach the past two seasons.

“Justin has a tireless work ethic and drive that will resonate perfectly at Oak Hills,” said Oak Hills athletic director Ben Hageman. “He and his family have strong ties to Oak Hills and the West Side of Cincinnati. He knows our community well. And he’ll bring instant toughness to Oak Hills football.”

Roden, 43, succeeds Kyle Prosser who was the Oak Hills head coach since 2016.

Oak Hills announced Nov. 7 that Prosser and the school district mutually decided that he would leave his football coaching position but continue as an assistant athletic director.

Roden, who has 19 years of coaching experience, led East Central to a state title, three regional championships, a state runner-up berth and five Eastern Indiana Athletic Conference championships. He was the Indiana Football Coaches Association 4A coach of the year in 2017, and five-time EIAC coach of the year.

Roden spent a combined eight years as head coach of Noblesville High School and East Central High School. Noblesville was 5-15 the past two seasons. Roden said he was very happy with Noblesville and the program was trending in the right direction.

Roden said the Oak Hills program needs stability. He's already working on bringing in quality assistant coaches among other duties to prepare for the 2020 season. He said his teams will be disciplined and give forth a significant effort each Friday night.

"We will represent Oak Hills in the way that makes the community proud," Roden said.

Prior to the Indiana high school programs, Roden, who lives with his family in Hidden Valley, Ind., served as the Oak Hills defensive coordiantor for three seasons, defensive backs coach at Colerain for five years, and was associate head coach at Mount Healthy High School and special teams coordinator for the College of Mount St. Joseph (now Mount St. Joseph University).

In his seven years at East Central, he led his teams to 35 wins and three consecutive regional championships, all milestones in the school’s history. He was part of Colerain's 2004 Division I state championship season.