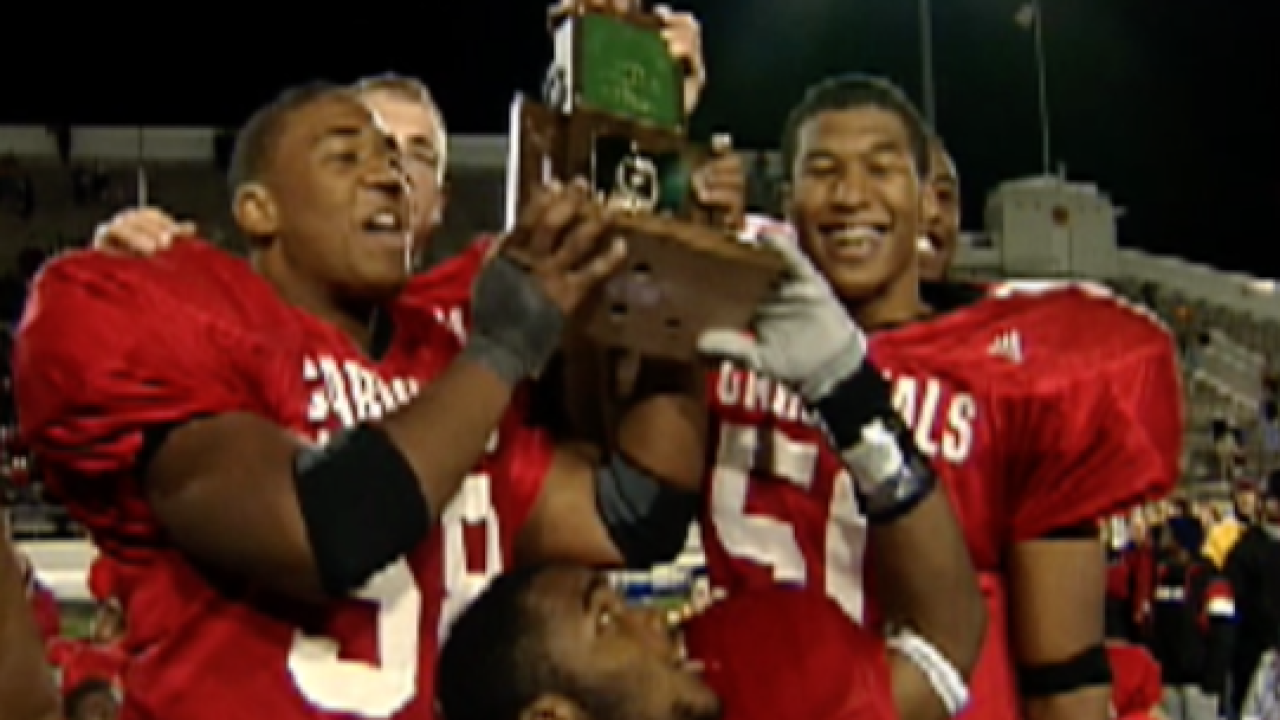 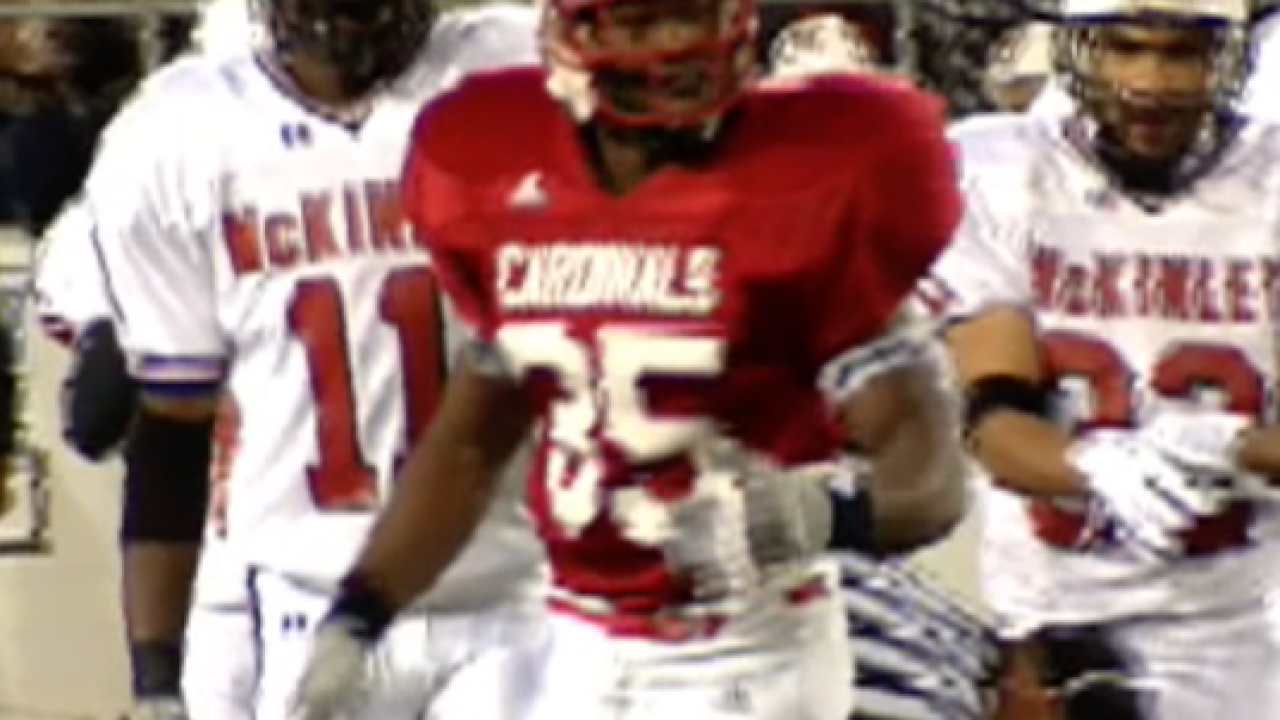 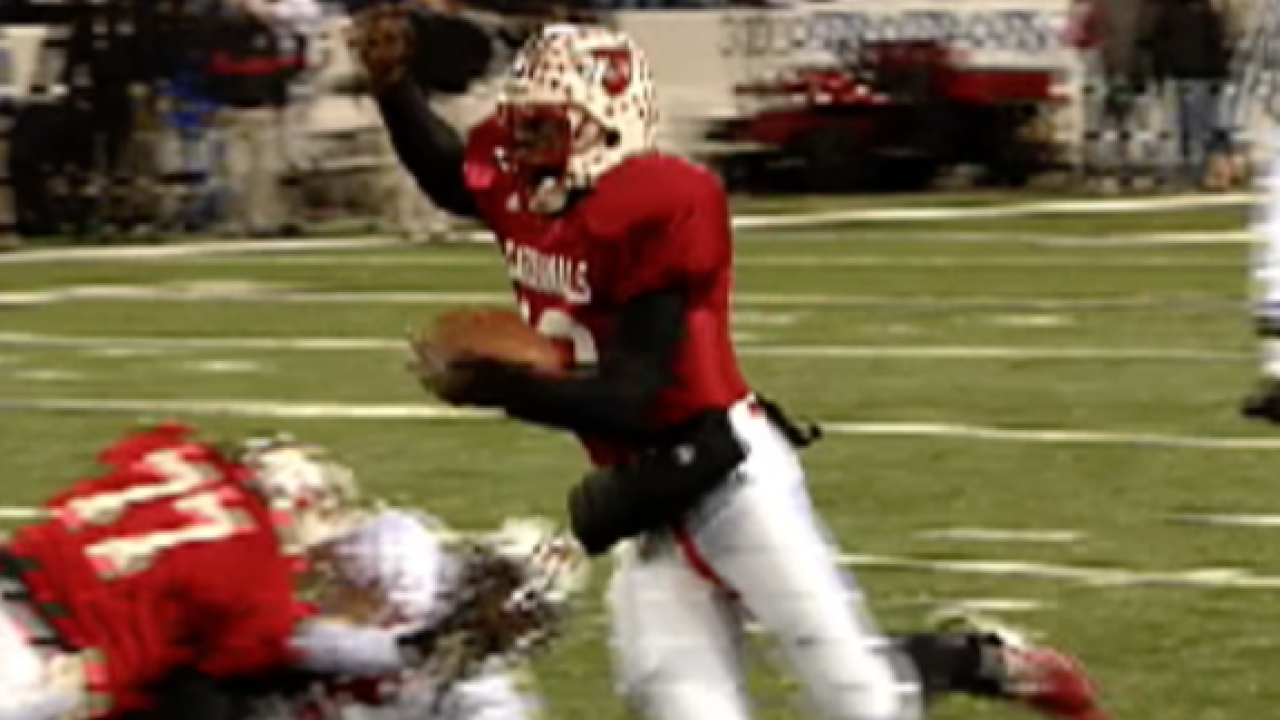 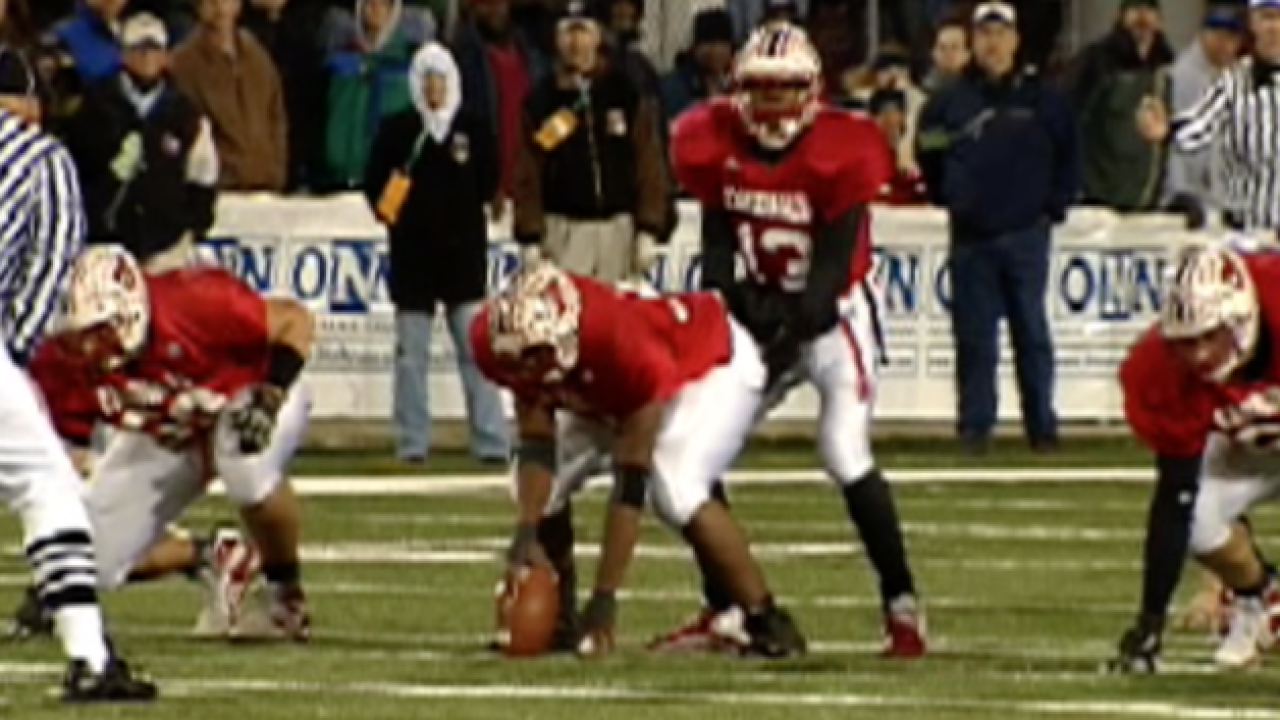 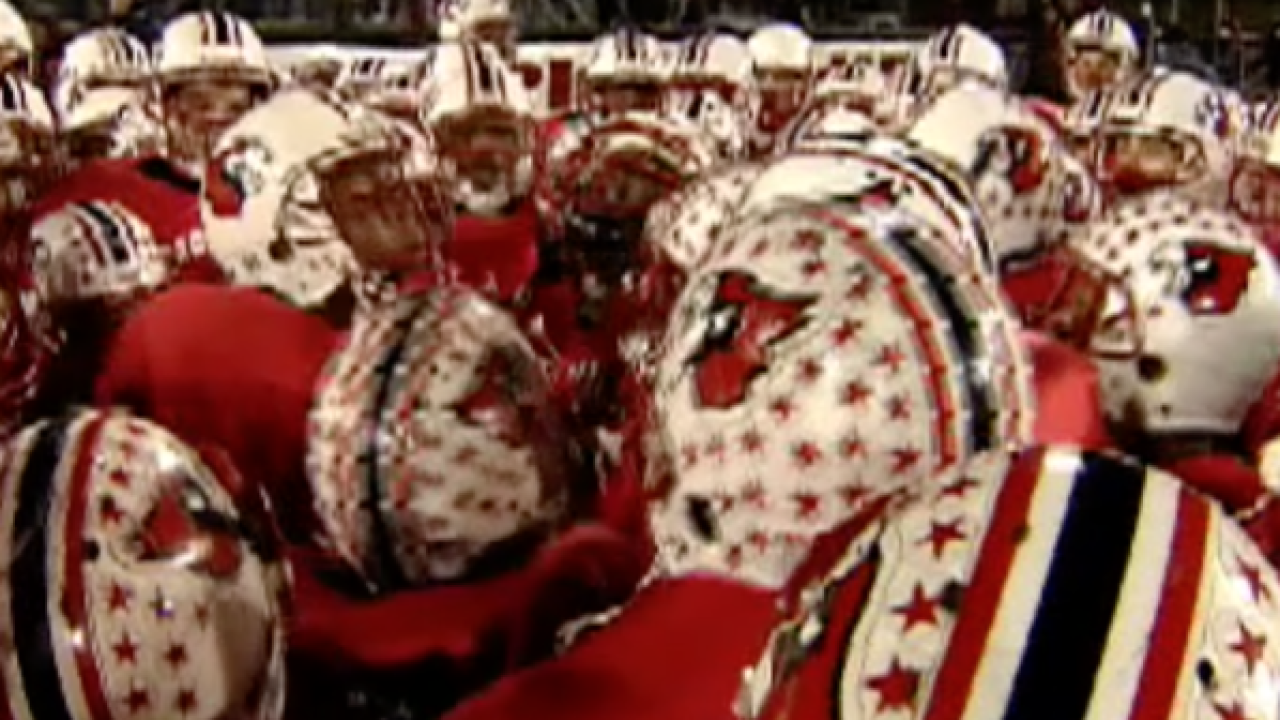 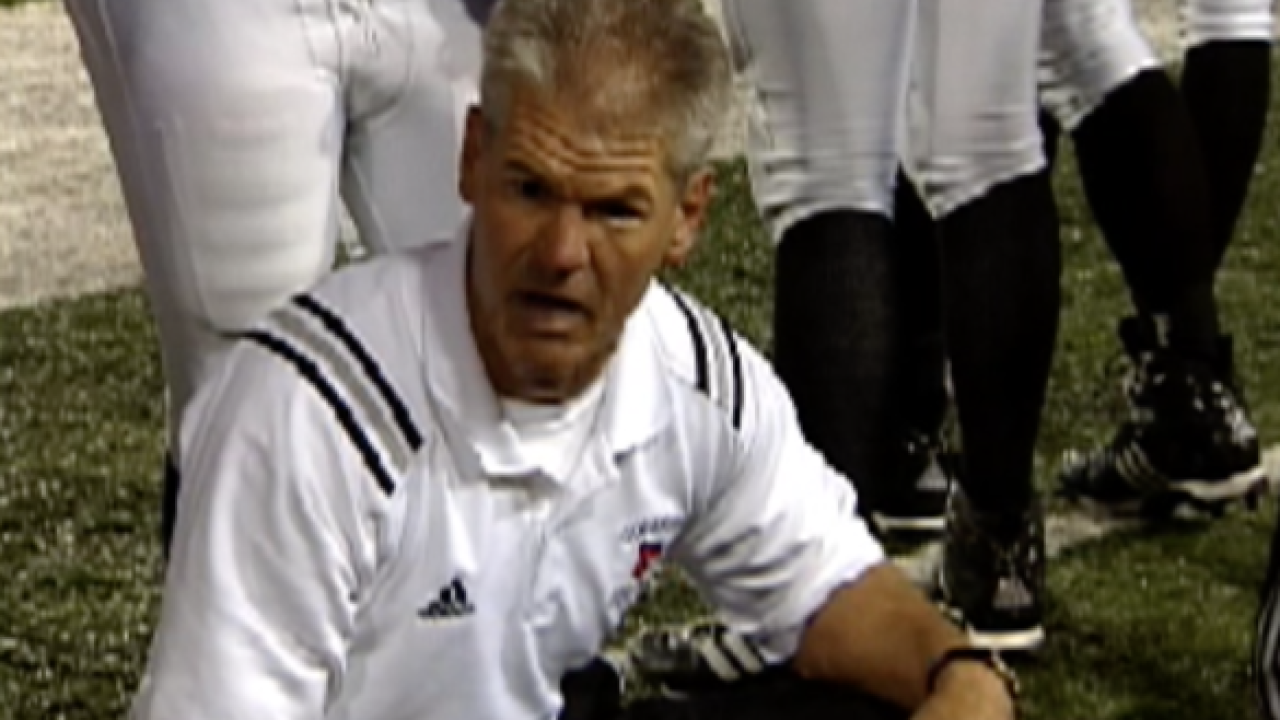 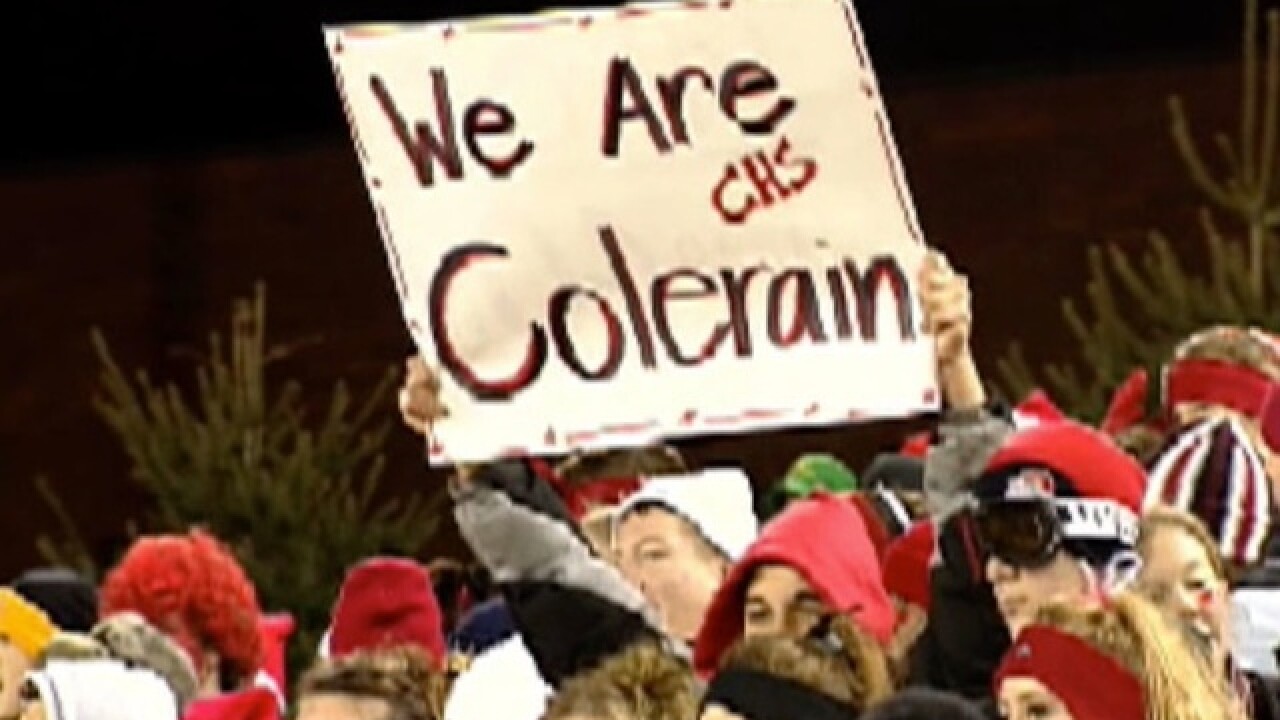 The 2004 Colerain football team was a long time coming for the proud program that began play in 1935 and finally won its first state title 69 years later.

It was a long time coming for a program that had suffered nine years earlier when a chance to play in the state final was cruelly ripped away after an ineligible player was discovered right after a win in the state semifinals.

It was a long time coming for a program which, over the previous five seasons, had lost just one game in the regular season.

And it was a long time coming for a program that had lost in the regional finals the previous two seasons, including by only a missed extra point in 2003, a painful 24-23 loss to Elder.

"The hardest thing is that they're just such great kids and they worked so hard," Kerry Coombs, Colerain head football coach from 1991 through 2006, said after the Region 4 final in 2003. "They have nothing to be ashamed of. They gave this school and the community everything they had every week, every day, every play."

So, in 2004, the Cardinals left no doubt as to who was the best team in the state.

Coombs, who is now the assistant defensive coordinator, cornerbacks coach and special teams coordinator at Ohio State, guided a squad that year that suffocated foes on defense to the tune of only 106 yards and seven points per game during the regular season while riding a finely tuned triple-option offense to a robust 433 yards and 50 points per game.

The Cards throttled the competition during the regular season, first vanquishing the two-time-defending Division I state champion Elder Panthers, 21-3, at the Crosstown Showdown at Nippert Stadium. Then the Cards cruised through the Greater Miami Conference schedule.

The Cards were even better in the postseason, outscoring foes 191-22 in five games.

"It is amazing, man," senior defensive lineman Terrill Byrd said after a 50-10 romp of Canton McKinley in the Division I state final on Dec. 4, 2004. "We did this for the community. We did this for Coombs. He's been working his whole life for this time. We just came out and played hard.

The postseason was more like a five-week coronation than a tournament. Colerain began with a 38-3 beating of Elder, the team that had sent the Cardinals home in 2002 and 2003 while on its way to two straight state titles. Colerain led 10-3 at halftime on Nov. 6 before blowing the Panthers out in the second half at home.

Centerville was quickly dispatched, 35-0, on Nov. 13 in the Region 4 semifinal at Miami University's Yager Stadium while being outgained 401-122. The next week, in the regional final, Colerain crushed the storied Moeller Crusaders, 34-6, at Yager Stadium and outgained Moeller 374-292. The Crusaders finished with eight carries for exactly zero yards.

"We've been looking for this for three years and it's eaten us up every time we came into the regional and we came up seven points short, and then one point short," Colerain senior linebacker Andre Revels said. "It feels real good, finally getting out of the region. It's a great region, Cincinnati. It's great football."

Colerain then pummeled Region 3 champion Worthington Kilbourne 34-3 in the rain at Dayton's Welcome Stadium on Nov. 27 to earn the shot at state and, this time, nobody was taking it away from the Cards.

"Anybody busy next weekend?" Coombs asked the Colerain fans who had stuck around for the coach's customary post-game speech to the crowd after the semifinals. "Because the Cardinals are!"

The final foe for the Cards in 2004 was Canton McKinley, a three-time state champion who would be playing on its home field at Fawcett Stadium on the grounds of the Pro Football Hall of Fame in Canton.

For the first time all postseason, the Cards struggled early on in the state final. Colerain's offense lost three fumbles inside its own 40 on its first three possessions and had a total of five fumbles inside the first six minutes of the game. But because of the stifling Colerain defense, McKinley was only able to take a 3-0 lead in the first quarter.

It was almost all Cardinals after that.

"You kind of thought, we took their best shot," Coombs said of the early going. "But then, they only scored three points, and you kind of knew you had them."

Senior quarterback Dominick Goodman lost two of those fumbles, but responded by breaking the individual Division I state final rushing record with 259 yards on 21 carries. That eclipsed Bradley Glatthaar's record of 252 yards for Elder in the 2003 state final.

Goodman got the Cards on the board with a 28-yard touchdown run late in the first quarter for a 6-3 lead.

"I'm not going to lie," Goodman said after the game. "We were nervous, we were worried about it. Coaches just kept on us and we just overcame it. We did what we had to do."

Goodman also tied McKinley's Mike Doss (1998) and Moeller's Mark Brooks (1980) for the record of four rushing touchdowns in a Division I state final.

"It's a great feeling," Goodman said that night of his records. "But it's even better with the state title win on top of it."

While the Cardinals players and coaches might have been nervous at the outset, objective onlookers knew what was coming for McKinley. Colerain's 50 points in a Division I/Class AAA state final broke the record held by Moeller in a 43-5 win over Gahanna Lincoln in 1976. The Cards' 463 rushing yards shattered Princeton's 1983 record of 379.

Senior fullback Mister Simpson carried 23 times for 105 yards and a touchdown. Junior running back Terrence Sherrer carried nine times for 85 yards and two touchdowns. The Cards defense held McKinley star running back Ryan Brinson to 93 yards, 56 of them on a long touchdown run in the second quarter when the Bulldogs took a brief 10-6 lead.

Colerain scored the next 44 points. Goodman scored from 43 yards out, Simpson scored on a 1-yard run and Matthew Schulte added a 27-yard field goal for a 23-10 halftime lead.

The rout was on in the third quarter. Sherrer scored on a 14-yard run. Goodman scored again from a yard out and Sherrer went in from 17 yards out for a 43-10 lead after three quarters. Goodman capped the scoring with a 23-yard run early in the fourth quarter.

"It's a great feeling," senior linebacker LeDominique Williams said after the game. "I ain't never felt like this. It's great. We've been working so hard for so long, and practicing, and we finally just came through."

"It couldn't be any better," Revels said after the state final. "We came out after the devastating loss last year and set our minds to doing this, and we finally came out here and got it done. This is my family and I've got nothing but love for them all."

Coombs was able to raise the state championship trophy with his son, a senior on the 2004 team.

"It's hard to tell you about it," senior cornerback Brayden Coombs said that night. "We can't put it into words right now. For everybody outside this Colerain family, it's hard to put into words, to let them know how we feel right now. It's beyond any feeling you will ever feel. And we get to feel it right now. The best part is, we know it. We know we're living it right now. I was here in 1995, and I've been at the lowest point. And this is for everybody who's been at Colerain before and we just want them to feel like they're a part of it."

The 2004 Colerain Cardinals became a piece of Southwest Ohio high school football history that night and are regularly referred to as one of the best -- if not the best ever -- local teams of all time.

Junior running back Terrence Sherrer played at Minnesota, junior linebacker Cobrani Mixon and junior defensive back Brian Lainhart went on to play at Kent State, and sophomore defensive back Eugene Clifford became a U.S. Army All-American and went on to Ohio State.

"We were loaded everywhere," Goodman said in 2014. "It was pretty much like an all-star team."

Lainhart had no doubt who the Cards were in 2004.