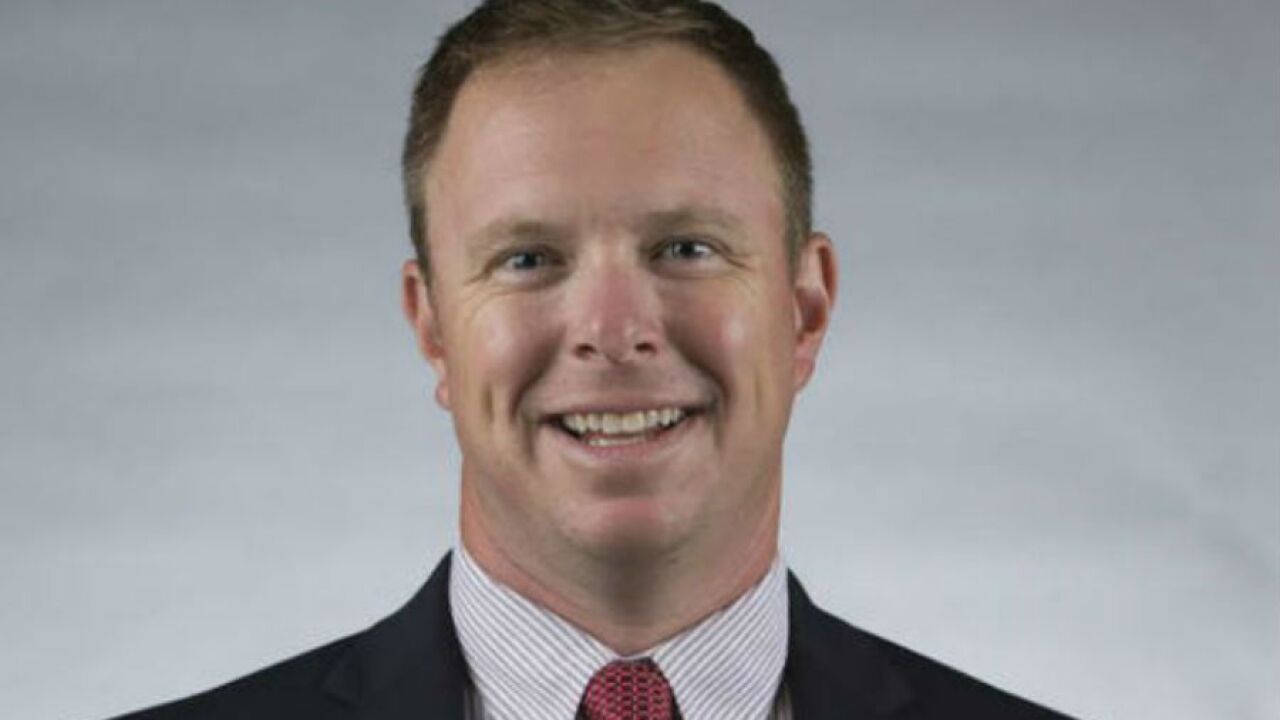 WCPO file/provided by UC
Doug Rosfeld led Moeller to an outright GCL South title in his first season as the head coach in 2018.<br/> 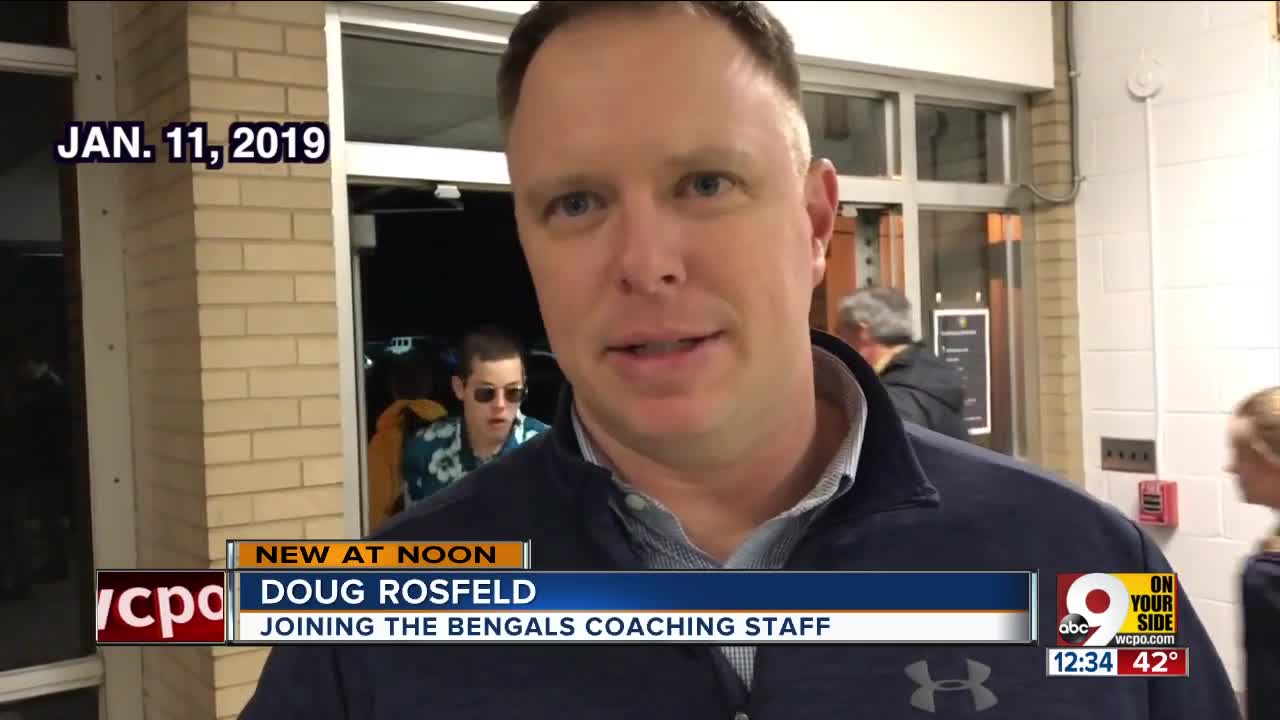 Rosfeld, the Greater Catholic League South Division Coach of the Year in his first season as the Crusaders in 2018, will join Zac Taylor’s staff with the Bengals. Todd Naumann, a 1991 Moeller graduate, was named the acting head football coach.

Rosfeld, 39, and Taylor, 35, worked together at the University of Cincinnati in 2016 when Taylor was the offensive coordinator and Rosfeld was the director of player development.

“We had the opportunity to work together pretty closely throughout the season,” Rosfeld told WCPO Jan. 11. “I think brilliant would be the right word to describe Zac Taylor. Driven, purposeful – his ability to teach the position – as a guy that played at a high level and also just understanding the booby traps and the tricks that defenses lay to catch quarterbacks. His ability to teach how to negotiate that was really unique. So from the day you meet him you see a unique football mind.”

Rosfeld, a 1997 Moeller graduate, led the Crusaders (6-5) to the school’s first outright league championship since 2013 with an unbeaten 3-0 record and a postseason berth.

Moeller hired Rosfeld as its head coach Dec. 4, 2017, becoming the second Moeller alumnus to be named the Crusaders’ head football coach (Bob Crable, 2001-07). Rosfeld was 38 when he was hired.

Prior to being named the Moeller head coach, Rosfeld had been the University of Cincinnati football’s director of player development since March 2015.

“Moeller is the only high school in America I could consider working for,” Rosfeld told WCPO the night before he was hired by Moeller.

The next day, Rosfeld was introduced in front of family, friends and the Moeller staff in the school library. UC Director of Athletics Mike Bohn was also in attendance.

Rosfeld, his wife, Abbie, and the couple’s six children, live in a Cape Cod home behind Moeller’s Gerry Faust Complex.

Rosfeld, who played center at UC and was All-Conference-USA following his junior and senior seasons (1999 and 2000), worked directly with UC’s student-athletes as the director of player development. That role involved mentoring and ensuring students adhered to the program goals and policies regarding intellectual, social, leadership, physical and skill development. He also helped coordinate off-the-field initiatives.

Rosfeld joined UC in 2015 after teaching social studies for nine years at Moeller while also being an assistant football coach. He also served as the Crusaders head rugby coach from 2009-14, helping to found the program. The rugby team had four consecutive state finals appearances and a state title in 2010.

As a Moeller football assistant, Rosfeld served as the offensive line coach, overseeing pass protecting, the run game and assisting on special teams. He was an assistant coach starting in 2005 under former head coach Bob Crable and then Rodenberg.

Moeller has 35 postseason football appearances, which is tied with Newark Catholic for the most in Ohio High School Athletic Association history.

Moeller has not announced its 2019 football schedule. Athletic Director Mike Asbeck said Feb. 7 he hoped to have it finalized within the next week.

Moeller is expected to play three home games at Princeton High School’s Mancuso Field at Viking Stadium this upcoming season. It is a one-year agreement with Princeton.

The Week 10 game against a Canadian opponent is expected to be played at the Gerry Faust Athletic Complex on Moeller’s campus.

Roettger Stadium in Lockland had been the primary site for Moeller football home games from 2009 to 2018. Moeller started playing there in 2002 until 2006, according to Moeller sports information director Steven Albrinck.

The Week 10 game would be the second time Moeller has hosted a varsity football game on its campus after also playing there in Week 10 of 2016.