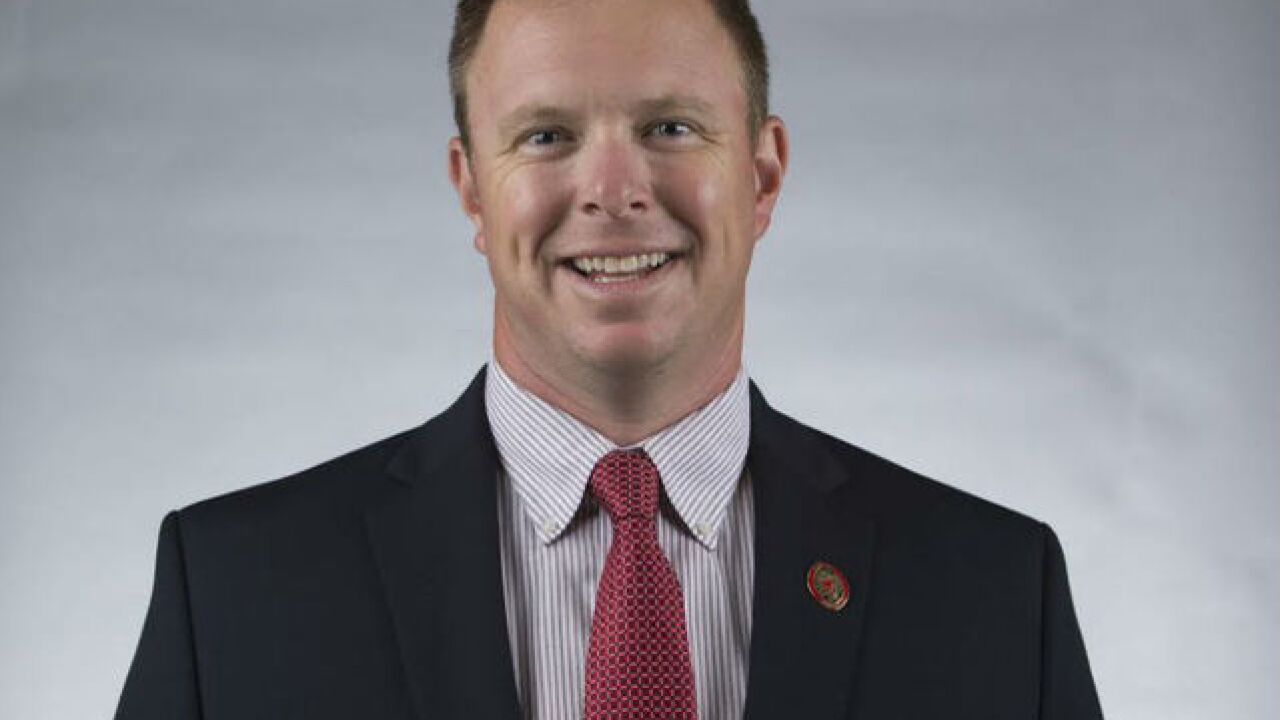 Copyright 2017 Scripps Media, Inc. All rights reserved. This material may not be published, broadcast, rewritten, or redistributed.
<p>Moeller named Doug Rosfeld as its next head football coach Monday. (Photo courtesy of UC Athletics)</p>

Rosfeld, a 1997 Moeller graduate and former Moeller football assistant coach, had been the University of Cincinnati football’s director of player development since March 2015.

“Moeller is the only high school in America I could consider working for,” Rosfeld told WCPO Sunday night.

Rosfeld and Moeller finalized an agreement the night of Dec. 2. Rosfeld is the second Moeller alumus to be named the Crusaders' head football coach (Bob Crable, 2001-07).

Rosfeld succeeds John Rodenberg, who stepped down Nov. 7 after 80-41 record including two state titles in 10 seasons at the school.

Rosfeld was introduced in front of family, friends and the Moeller staff Monday. UC Director of Athletics Mike Bohn was also in attendance.

Rosfeld, who played center at UC and was All-Conference-USA following his junior and senior seasons (1999 and 2000), worked directly with UC’s student-athletes as the director of player development. That role involved mentoring and ensuring students adhered to the program goals and policies regarding intellectual, social, leadership, physical and skill development. He also helped coordinate off-the-field initiatives.

Rosfeld is expected to finish up his duties at UC in the next two weeks and will formally take over the Moeller program after the team banquet Dec. 10.

"You dream about becoming a football coach but then you see the incredible mantle that they carry," Rosfeld said.

"I got a chance to work with Steve Klonne and work for Bob Crable and John Rodenberg. And you see how hard those men worked on behalf of the guys. So on one hand it's really exciting - I am thrilled and can't wait. On the other hand I am absolutely humbled at the magnitude at what I am about to undertake."

Rosfeld and his wife, Abbie, live with their six children -- Will, 13, Emma, 12, Adele, 6, Patch, 4, Hope, 2 and Roman, nine months, in a neighborhood behind Moeller High School’s Gerry Faust Athletic Complex.

Rosfeld will work in the Moeller Alumni Relations Office as an assistant to Moeller President Marshall Hyzdu.

“They weren’t going for a bunt or sacrifice fly; they were going for a swing-for-the-fence mentality,” Rosfeld said.

Rosfeld said he will emphasize faith, family and football as the Crusaders' head coach. He wants his players to earn the trust of each other and the coaching staff. He said he will implement high standards and an “earn the shield” mentality in representing Moeller.

Rosfeld joined UC in 2015 after teaching social studies for nine years at Moeller. He also served as the Crusaders head rugby coach from 2009-14, helping to found the program. The rugby team had four consecutive state finals appearances and a state title in 2010.

As a Moeller assistant, Rosfeld served as the offensive line coach, overseeing pass protecting, the run game and assisting on special teams. He was an assistant coach starting in 2005 under former head coach Bob Crable and then Rodenberg.

Moeller had a 4-7 record in 2017 and made the playoffs for the first time since 2014 when it was a Division I state semifinalist.

The Crusaders' 34th postseason appearance this season is second in Ohio High School Athletic Association history only to Newark Catholic.