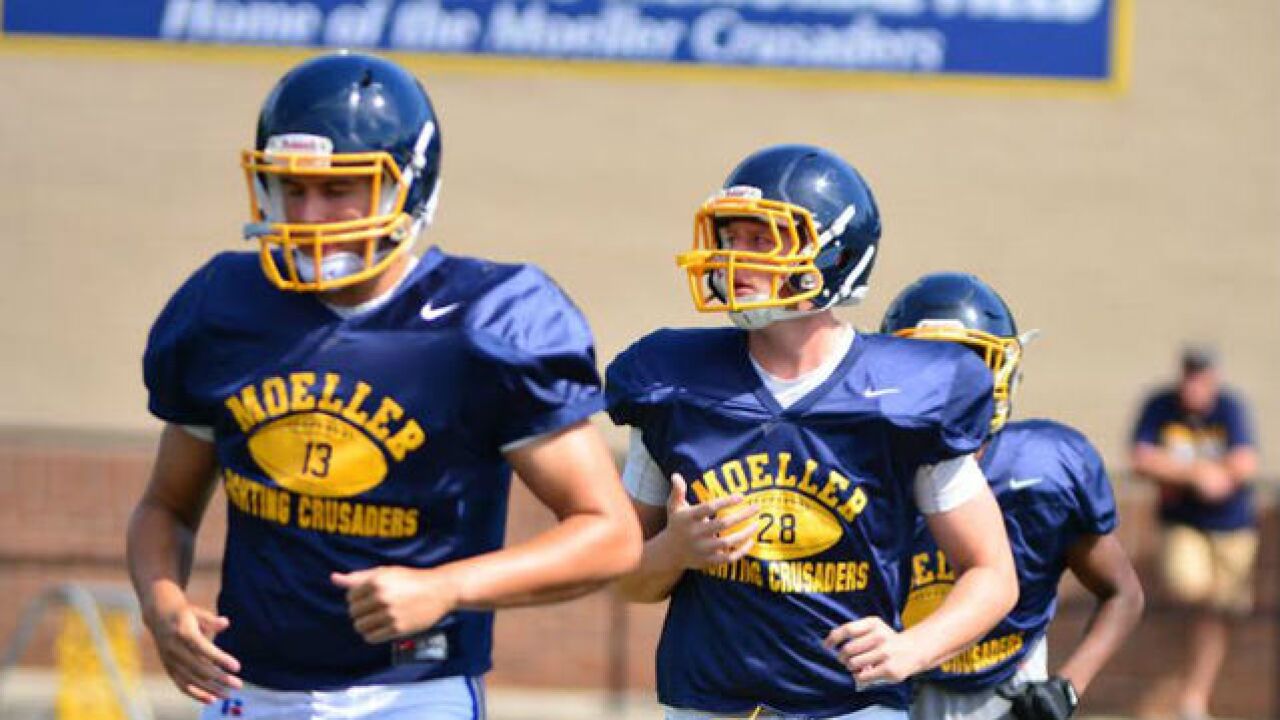 And for the first time in school history, the Crusaders will return to the back of the school Saturday for the football program’s first-ever varsity game on campus. There's sure to be plenty of emotion from the 37 seniors.

Moeller started varsity football in 1963. The Faust complex opened in 2008.

“For our players it’s going to be great,” Moeller coach John Rodenberg said. “We want to walk off the field with a win. Our guys are pretty excited about it.”

Moeller (3-6) plays host to Royal Imperial Collegiate of Canada (St. Catharines, Ontario) at 1 p.m. Saturday. Approximately 2,000 tickets are expected to be sold, Rodenberg said. This will be the first meeting between the schools.

Royal Imperial Collegiate (0-5) plays an American schedule and have played in four states this year. The Knights lost to Saline (Mich.) 44-6.

Rodenberg admits it hasn't been a great season at Moeller, which has lost five consecutive games. But, Rodenberg expects every player should be able to receive significant minutes of playing time Saturday. It will be extra special for the 37 seniors who began their high school careers as freshmen on the field with a win.

Moeller’s freshmen team defeated Louisville St. Xavier 27-19 on Sept. 21, 2013. The senior class is 9-2 at the Faust complex including their sophomore seasons on junior varsity.

“It’s a neat thing for people to come by and watch,” Rodenberg said. “Whether we are 10-0 or 0-10 people will be excited about playing at home.”

Moeller lost to Lakewood St. Edward 24-21 last week at Lockland and the Crusaders were mathematically eliminated from playoff contention.

Still, there were some positives. Sophomore RJ Khayo broke his own school record for the longest kickoff return with a 99-yarder. Senior Hunter Hughes has been running the ball well and senior Chrystian Watkins has played well the past two games, Rodenberg said.

Moeller is 46-6-1 all-time in Week 10, according to school statistician Steve Albrinck. Royal Imperial Collegiate is the fifth Canadian school the Crusaders have scheduled in program history. The Crusaders are 5-0 against teams from Canada and have outscored them 284-49.

“I’m excited for our seniors to be on the field they’ve spent the most time on,” Moeller athletic director Mike Asbeck said. “We’re looking forward to wrapping things up on a positive note.”

Faust, the legendary Moeller football coach, is expected to be at Saturday’s game. An Akron resident, Faust is expected to arrive around 12:30 p.m. There is a documentary film being produced about Faust and footage will be shot Saturday and Sunday.