Moving forward: Things to look forward to in 2021 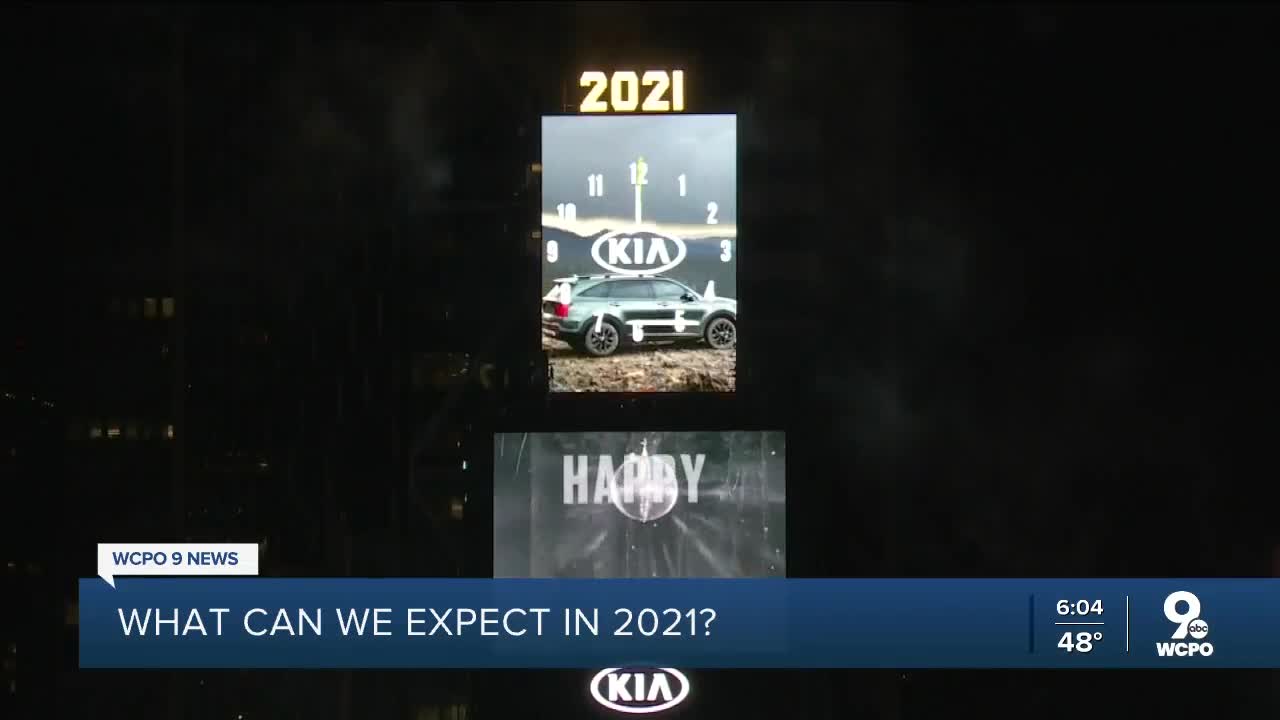 What are YOU looking forward to in 2021? Let us know on social media, by tagging @WCPO and @EvanMillward. 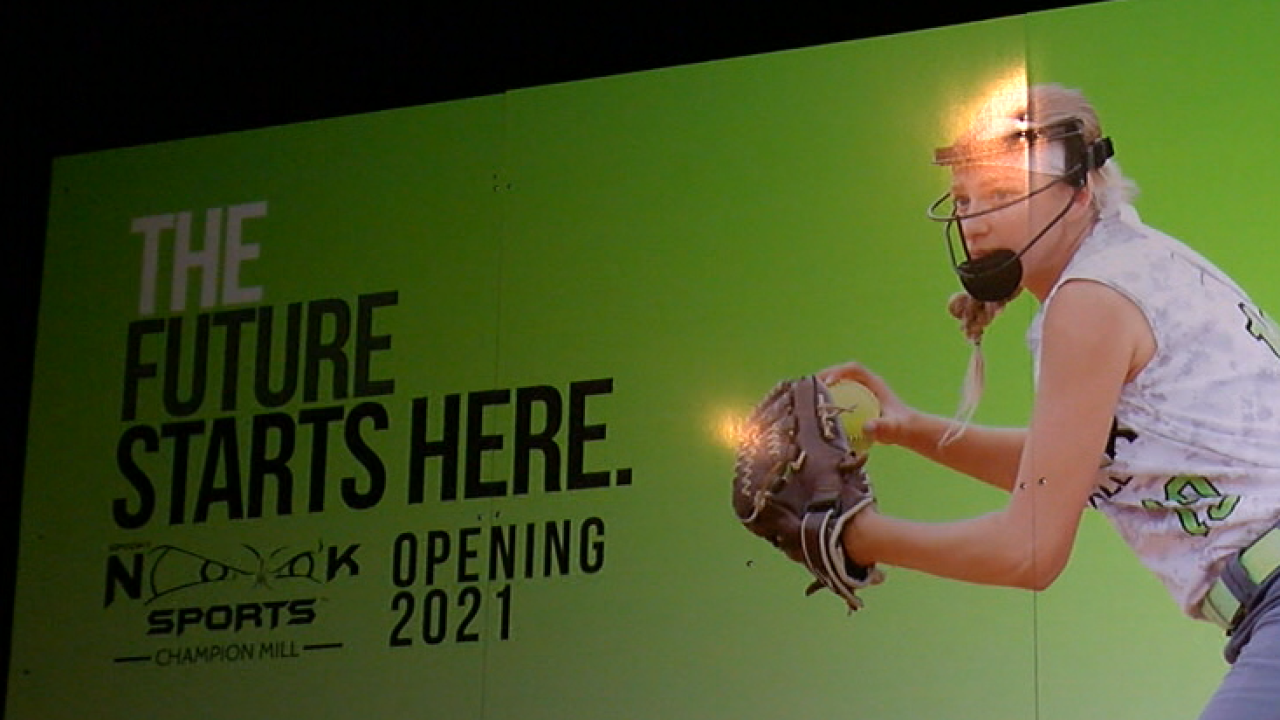 CINCINNATI — 2020 was a year to be remembered, but most of us would like to quickly forget it.

Around New Year's, most news outlets do a lot of reporting on "the year that was," but we decided we didn't have much appetite for that in 2020. Instead, we are focused on moving forward.

As more doses of vaccines arrive and more vaccines enter final trials and win approval, there's plenty to be excited about when it comes to getting things back on track.

Global pandemic aside, Greater Cincinnati is poised for a transformative year in 2021. We asked some members of the WCPO Community Advisory Board what excites them about the new year.

"I think so much of this year has been in crisis," said Patty Lee, chief advancement officer at Community Matters. "We feel like we’ve really been spinning our wheels – so to dream a little bit and talk about the future."

In Hamilton, there are big dreams for a big change along the river. Spooky Nook Champion Mill is slated to open in 2021, bringing a massive sports complex, hotel and convention center to B Street. The $`114 million investment will change the city in big ways, including traffic and tourism infrastructures. As we've reported, the still-under-construction project is driving conversations about development and neighborhood revitalization.

Dreams of revitalization continue in Covington, where demolition will start in 2021 on the former IRS site between 3rd and 4th Streets. The city now owns the site, and will restore the street grid, sidewalks and utilities before it can become a multi-block, mixed-use development. The area around the site has already welcomed several new businesses, even during the downturn of the pandemic - showing there will be many reasons to "Love the Cov" in 2021.

Dreams of public service continue, even after a presidential election year. Dozens of people have jumped into the race for Cincinnati City Council at a time when trust in Plum Street may be at an all-time low. One-third of the council has been federally indicted for corruption, including the presumed mayoral front-runner. That has also led to an increasing number of people pulling petitions to run for mayor this year. While confidence in our city's leaders may be low, the amount of engagement and desire for change ignited by these charges is something to be excited about in 2021.

"I love people; it’s where I get my energy. I miss hugs," said Lauren Copeland, development director at the Brighton Center. "So I’m looking forward to some sense of being able to meet with people in person again."

Concerts and live shows have been dark since March, but some performers and companies -- like the Cincinnati Symphony Orchestra -- are coming up with ways to bring audiences back in-person. Audiences and performers are ready. The venues are ready but struggling to stay afloat the longer their shutdowns last.

We know concerts, Broadway and sports will all be back; that alone is plenty to look forward to this year.

But when it is safe, there will be two shiny, new places for live shows. The dueling concert venues -- Ovation Music Pavilion in Newport and the Andrew J. Brady ICON Music Center at The Banks -- have been the subject of plenty of political drama for years. Major construction on both will be done soon.

And both are seen as keys to their neighborhoods. Ovation Music Pavilion is the first part of Corporex's long-awaited Ovation development at the mouth of the Licking River, with office space and a hotel coming next. ICON Music Center will give businesses at The Banks much-needed foot traffic during baseball and football off-seasons.

In the West End, field sod has been laid for the new FC Cincinnati stadium, scheduled to open this year. It closes a chapter on the club's meteoric rise from USL to the Major League Soccer, leaving behind beloved Nippert Stadium. It hasn't been without controversy and questions over gentrification in a previously targeted neighborhood. But it will be hard not to feel the excitement the first time crowds are allowed inside the nearly completed gates.

"The return of Joe Burrow," said Gage Woolley, special events coordinator at Bethany House. "I’m really looking forward to it because I think the Bengals may be able to do something next year with Joe Burrow."

The kid from Athens came home in 2020, raising hopes of a Bengals boom. The team struggled to protect him, though, and he went out for the season with a knee injury in November. There's already excitement building after a Christmas video showing his progress after surgery.

Burrow and the team are optimistic he'll return next season – promising to be better than ever.

The Reds came into 2020 with big excitement, then went a bit off the rails before landing in the playoffs and giving Cincinnati new energy just when we needed it most. It was described as a "weird-good, good-weird" season, giving us plenty to look forward to.

"I know that we don’t really know what will happen next with the pandemic, but I’m hoping that 2021 will see some of the ending of some of the fears that we have of being around other people," said Rashida Manuel, director of public engagement at Green Umbrella. "I'm looking forward to seeing my coworkers again and being around my family and moving back to the 'real world,' whatever that might be after this."

We've talked about a lot of physical things we're looking forward to in this story. But, deep down, we miss some of the basics the most, and we're all excited to return to those.

Continued tough conversations. Changed hearts and minds. Motivation to make ourselves and the world around us better.

In a weird way, it's exciting to see what will change -- in society and within ourselves -- in 2021 and on the other side of this global pandemic. After all, there's nowhere to go but up!

What are YOU looking forward to in 2021? Let us know on social media, by tagging @WCPO and @EvanMillward.