It's a weird-good, good-weird time to be a Reds fan in Cincinnati 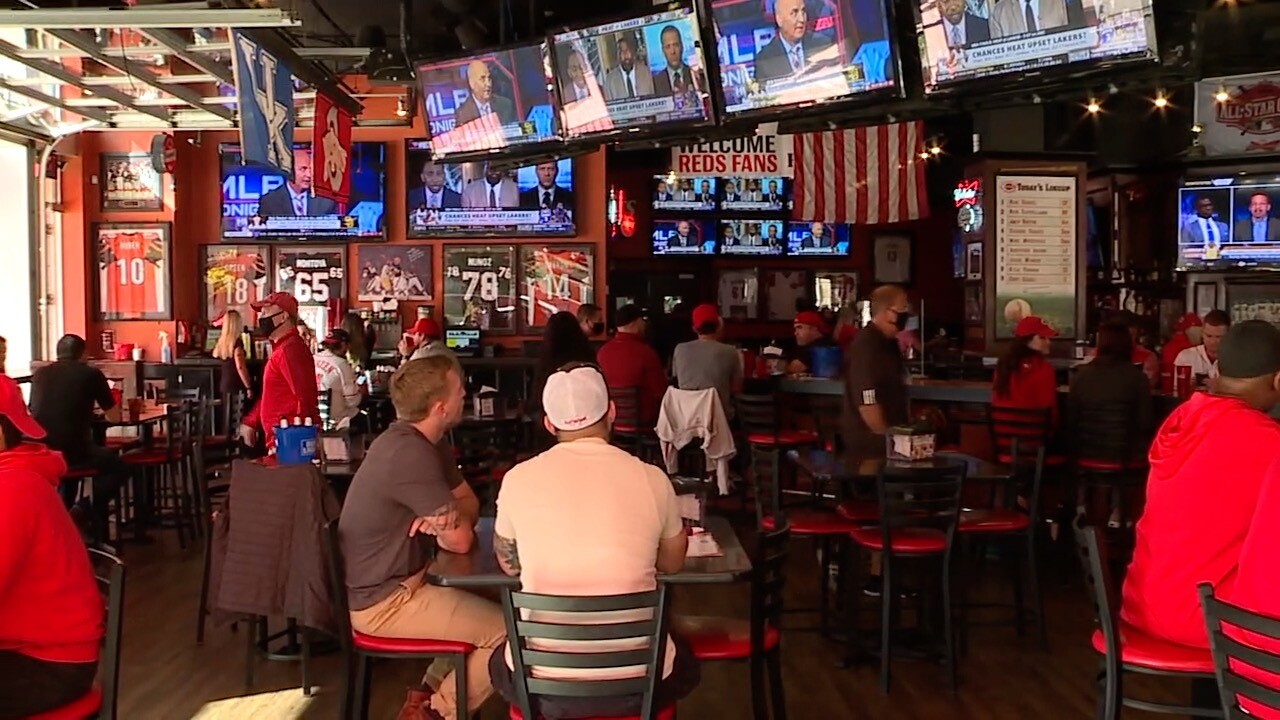 Bar owner Jim Moehring reckons he lost about three TVs to fans’ enthusiastic “beer showers” during the Reds’ last playoff appearance, he said Wednesday. He doesn’t expect to have that problem this year. He also doesn’t expect to make nearly as much money.

The ongoing COVID-19 pandemic that’s kept fans out of Major League Baseball stadiums is also creating a more muted atmosphere inside Moehring’s Holy Grail Tavern and Grille at the Banks. Moehring estimated he'll only bring in about 25% of past normal playoff-season profits.

“(It’s crazy) to remember where we were in 2012 and 2013, when there were playoff games down here — the atmosphere, the amount of traffic on the street in the ballpark,” Moehring said. “It was insane.”

On Wednesday, as the Reds’ first 2020 playoffs game stretched into its 13th inning, patrons chatted in small groups at tables and barstools distanced six feet apart, with barriers in between. Servers traversed the space in masks.

It was weird, some patrons said. But it was good to be in any communal space, watching any live sporting event.

For fan Michael Keyser, the Reds’ entry into the playoffs has been a reason to get excited again after a punishing year.

“I feel like the whole city has a different vibe to it,” he said. “Everybody is a little rejuvenated.”

Greg McDaniel, another patron, kept a scorebook at his table. He’s been a Reds fan for 70 years, he said, and he’s savoring the team’s rare postseason appearance.

“Because we don’t get to go every year, you realize it’s special,” he said.

Anyone heading down to the Holy Grail or other Banks bars Thursday for the second game of the Reds-Indians series should bring a mask, expect to have their temperature taken and self-screen for COVID-19 symptoms before heading out. If you feel sick, the game’s still on at home.