Home Tour: Nine of the most memorable places of 2017

This is what made them so special 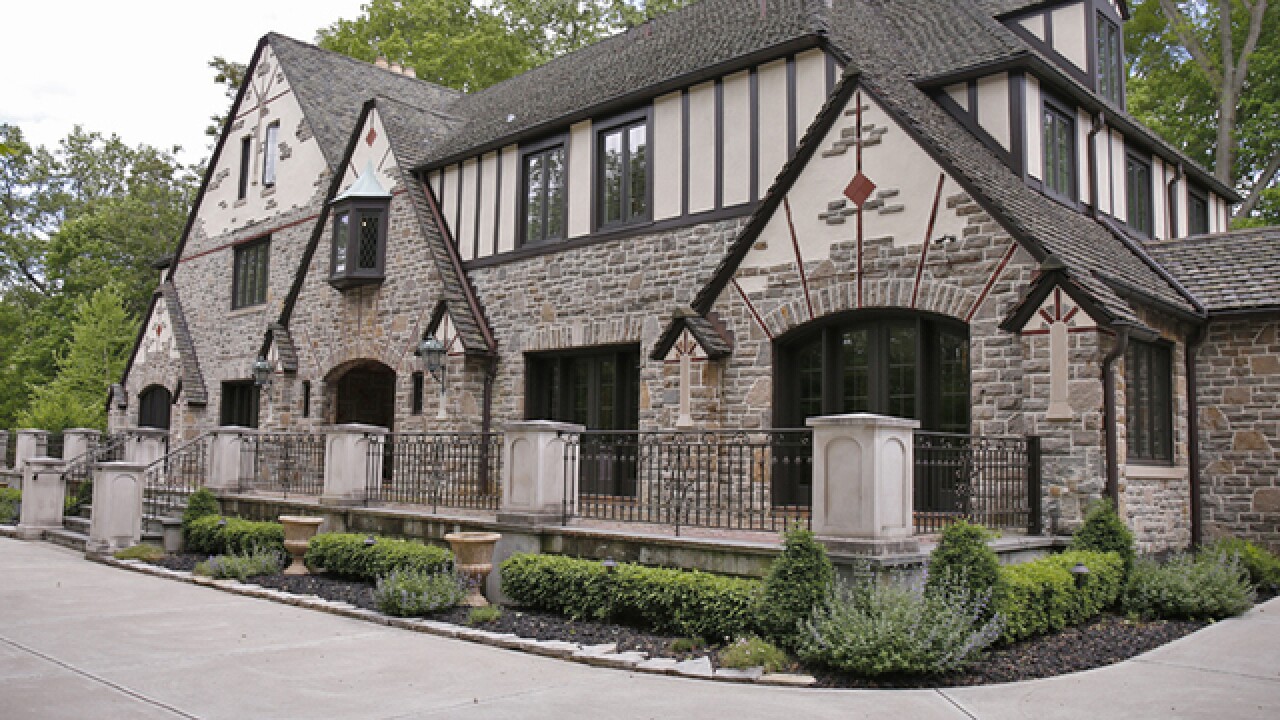 Copyright 2017 Scripps Media, Inc. All rights reserved. This material may not be published, broadcast, rewritten, or redistributed.
Gary Landers | WCPO contributor
<p>The front facade of the Hyde Park home of Kevin Carson and Daniel Caskey, photographed Tuesday, May 2, 2017. The home is known as Stone Cliff. </p>

I wrote 51 Home Tour stories in 2017, and I have to say that all the houses, condos and apartments I visited are memorable in their own way, so choosing just nine to feature in this year-end story was not an easy task. I couldn't possibly judge which homes were best. I couldn't decide on my favorites either.

So I went with variety, in terms of age, architecture, decor and location. Sometimes it was the homeowners who made these homes special, as well.

Here they are, in no particular order:

Woodworker-turned artist Mark DeJong's Camp Washington creative headquarters is his home -- the third story of an old brick building, which is one of four he owns on his one-block street. The flat is packed with surprises; it's eclectically decorated with flea/antique market and construction project picks as well as his own artwork and wood projects. The 810-square-foot main room features gym floor boards once pounded by Oscar Robertson at the University of Cincinnati. Plywood ceiling panels salvaged from a Formica Co. project are 15 degrees off square.

"Some people do react to it," DeJong said. "They say, 'Whoa, what's going on here?' When they get that sense of out-of-squareness."

Television daytime talk-show pioneer Ruth Lyons would love the little family that remodeled her old Mount Airy farmhouse. Alex and Christie Bryant Kuhns are as dedicated to helping make the world a better place as she was. They also made the house of Lyons and her husband Herman Newman a better place for their growing family. Gone is the wood-paneled Lyons family den and rec room, out-dated kitchen and muddled floor plan. In its place is a flowing home with all the modern comforts, including a granny suite with a separate entrance and spacious master bedroom suite with a deck.

"Even though it hadn't been remodeled in years," Christie said, "you could see it was a special place."

I had wondered often what was beyond the castle-like gatehouse that front one of Erie Avenue's finest estate homes. The 1929 Tudor mansion built for millionaire snake-oil maker and super salesman Gilbert Mosby didn't disappoint. Sure, its original Rookwood swimming pool and bathrooms were gone, but recent restoration and remodeling have made Stone Hill one of the East Side's most spectacular properties. If you get a chance to visit the house built for the so-called "Konjola King," be sure to ask to see the homage to Mosby and the new backyard swimming pool oasis. Another cool feature is a Rookwood dome in the master bedroom suite. It's all that's left of one of the Cincinnati pottery's final architectural tile installations.

I didn't expect to experience envy when I visited Mary Soller's 600-square-foot apartment on the bottom level of her three-story 1874 Victorian in Newport. But I love antique street pavers that have their maker's name stamped in them -- most from extinct brickyards in Ohio's clay belt. Soller picked up 700 pavers -- for free -- and created a wonderful patio out of them in her backyard. Her inside space has everything a person needs, although some of the spaces are a little tight for a tall guy like me. She sleeps on a plain Murphy bed in her living room and works at a desk in the front bay window. Two broad French doors divide the hall and dining room from the living room, and high ceilings provide ample wall space for Soller's blend of vintage and modern art. There's more room upstairs for expansion, too.

Joan Cavally has spent most of her adulthood living and playing the flute in two of the few houses left on Columbia Parkway. After being married to the late Cincinnati Symphony Orchestra flautist and educator Robert Cavally for 40 years, she left the 1878 Benn Pitman House in 1994 and built a stunning, modern home full of curves, sharp angles and Ohio River views on the steep hillside above it. She dubbed her home Casa Musica and held dozens of small concerts in its soaring central hall. Cleverly placed stained-glass windows and an inset skylight add natural magic to the concert hall, which features a wall of glass and French doors to a curved deck facing the river. The 3-bedroom, 3 1/2-bathroom is on the market at $599,000, down from $725,000 in September.

Photographer Gary Landers and I drove an hour out to rural Brown County to tour Wyoming architect Rod Sidley's achievement. The remodeler designed the modern farmhouse for Diana Santoro and her mobility-challenged husband, Robert. It was not only tricky, this was the first time Sidley managed a home build as a general contractor. He employed single-floor-living, living-in-place and energy-efficient principles as well as "lantern" windows in the vaulted ceiling to light up the house. Sidley, who is a skilled woodworker, chose uncommon materials such as Ambrosia maple and red limestone flooring. He incorporated the Santoros' antiques, such as a wood-burning iron stove in the bedroom and an old baker's tabletop in the kitchen. Sidley couldn't find the right knobs for the refrigerator cabinet doors, so he made them himself.

Former dean of the University of Cincinnati's College of Design, Architecture, Art and Planning Jay Chatterjee and his wife Janet's 1935 home has been in a Folgers commercial and -- if not for their son's disheveled room -- would have been in 1994's "Milk Money." Equally as memorable was its placement on the National Register of Historic Places earlier this year. The Chatterjee house has the distinction of being the first modern house built in Cincinnati. White and boxy, it sits on a bluff a short block west of Clifton Avenue. G. Martin Marshall's design is full of furnishings by some of the 20th century's most famous designers, including Michael Graves, George Nelson, Frank Gehry, Charles and Ray Eames, Harry Bertoia and Marcel Breuer -- so befitting a national treasure.

"When you're on the porch looking at the river, you don't know that Ludlow even exists," Steve Chapman said of his and his wife, Paula's, new, 1,200-square-foot log home. The Chapmans swapped their historical house for their son's river-view lot and followed Paula's visionary plan with the help of Countrymark Log Homes of Vevay, Indiana. The resulting home is as unique as Abraham Lincoln's Kentucky boyhood cabin. It is raised above the flood plain and features a 900-square-foot wrap-around deck perfect for rocking the day away. Inside, it's a showcase for the Chapmans' curated collection of antiques and family heirlooms, some of which are built into the logs. Ludlow native Steve talks about their home with great pride and credits local craftsmen for working with him to create a beautiful and solid forever home.

Jack and Martine Ryan's talented team of architect Mark Gunther, builder Marc Heuber and fabricator Burt Aarsen took a gutted 1885 livery stable/warehouse in Over-the-Rhine and created an Architectural Digest-worthy masterpiece. The 6,000-square-foot home's floating staircase could be a story in its own right. So could the rooftop deck and the process the team underwent to qualify the house for LEED Gold certification. Open, airy and full of natural light, the house is laid out for flexible uses and lots of wall space for Martine to display the bold artwork she selected. The kitchen is a gourmet's dream. That renowned chef Jean-Robert de Cavel was the first to cook in it proves that point. "He came in and was amazed," Martine recalled." 'My gosh, what a kitchen!' he said."