Home Tour: High above the Ohio River, Casa Musica is a symphony of love and harmony 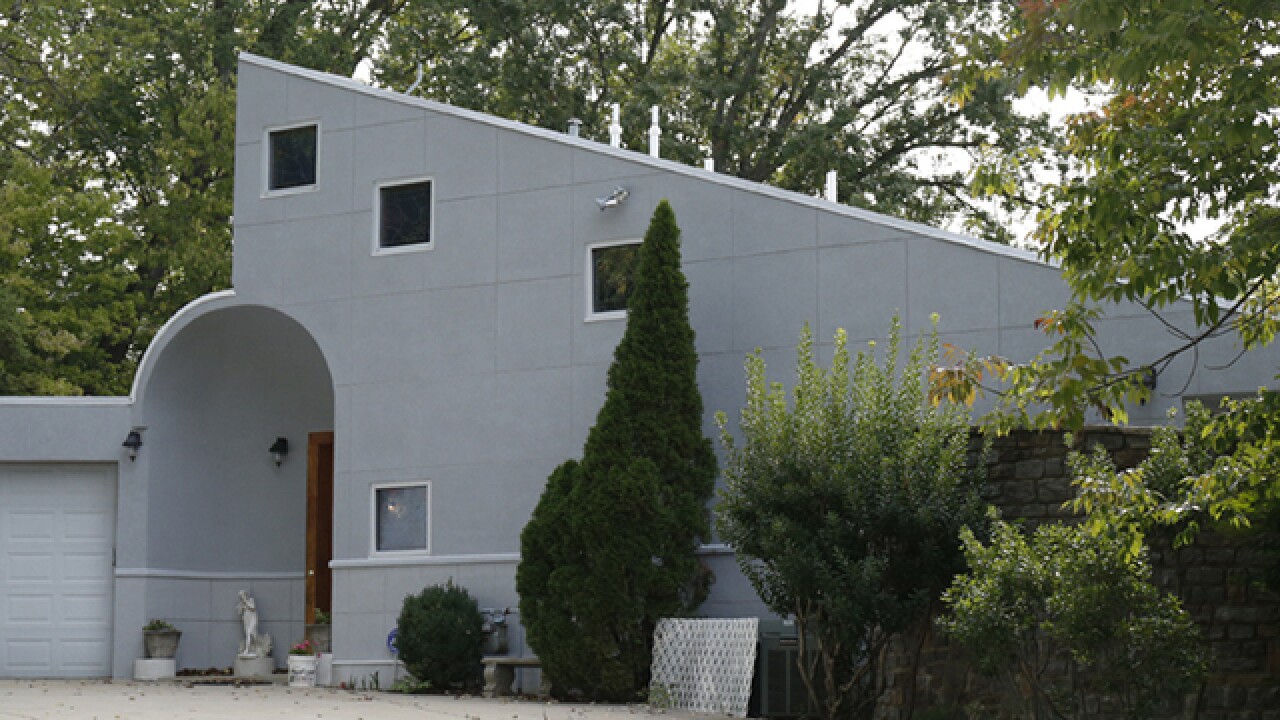 CINCINNATI -- Joan Cavally named her unusual Ohio River hillside home Casa Musica. After hearing her tell her life's story, one might wonder why she didn't go with Casa de Flauta.

The flute is the world's first wind instrument and dates back to when wooly mammoths roamed Europe. Cavally started playing one as a youth 80 miles north of Indianapolis in Peru, Indiana. A temporary job in Cincinnati during the summer of 1943 cemented the instrument's starring role in her life.

That's when she lived and worked in the rose-trimmed, gray stone house on Columbia Parkway built in 1878 by renowned wood-carving instructor and stenographer Benn Pitman .

Its owner was the famous Robert Cavally, a recent widower who hired her to sit for his infant son. The job came with lessons from the 37-year-old, who played flute with the Cincinnati Symphony Orchestra for 22 years and taught local university students like Joan for 41 years.

"I first came to Cincinnati at age 16. I arrived at Union Terminal, and I met this good-looking guy all dressed up. He was wearing a brown suit. You didn't wear suits in Peru. We got into this bright red car and drove around and, oh my, I'd never seen so many big buildings."

Thus started a teacher-student, flute-centric relationship that continued during Cavally's four years at the Cincinnati College of Music and became a 40-year marriage that ended with Robert's death in 1994 at the Pitman House.

Three years later, Cavally started building a new house up one of the steepest driveways in Cincinnati at the Pitman House. The two homes were built 120 years apart and are absolutely nothing alike: old, dark and compartmentalized versus modern, bright and open.

Cavally wanted for it to be easy to hold intimate concerts in her new home, something she couldn't do before. She hired her close cousin, Arkansas architect J.H. Eccleston "Excy" Johnston, to design it. The curvy yet angular house on a steep hill was so complex, it took five years to plan and engineer.

Joan Cavally's 19-year-old Casa Musica is for sale for $725,000. It features 2,600 square feet of living space and has three bedrooms with river views, 3 1/2 bathrooms and an attached two-car garage.

Then it took Ron and Jim Munninghoff two years to build. Ron said the house's hillside site and unique architecture made it the most challenging residence of the 200 or so houses that Munninghoff Construction built in the region.

"This is the only home I built that was completely all curves and angles," Ron said. "I think there's only one corner in the house that's 90 degrees."

Anchoring the house to the hillside required drilling steel beams deep into the bedrock and constructing extensive retaining walls. Mullinghoff said the same crew that built the massive wall at the base of Mount Adams built Cavally's walls.

The design branches out from a central concert hall with a proscenium arch at the north end and a curved wall of aluminum-framed windows and doors at the south end that face the Ohio River below. Several bright blue curved bands divide the room at the 15-foot-high ceiling, which was hand-painted in a light blue with puffy clouds scattered about.

Strategically placed stained glass -- one is in a triangular, deeply recessed skylight -- creates colorful shadows that dance on both sides of the bright white proscenium. Two tall stack-like columns with amber glass capitals support the ceiling on the sides of a staircase to the lower level. The stairs divide the dining room from the concert hall.

A pocket door separates the dining room from the 200-square-foot, eat-in kitchen, butler's pantry and laundry room at the house's east end. This design made it easy to close off a party buffet in the kitchen, where people could talk while musicians played undisturbed in the concert hall, said Cavally, who taught music for 19 years in public schools and performed as the only non-CSO musician in the longtime Autumn Woods Quintet.

"It has a great flow for when you were having parties," said Cavally's niece, Linda George of Hanover, Indiana, who is helping prepare Casa Musica to be sold.

The master suite is off a short hall west of the concert hall. It features a lyre painted on the wall above the bed, built-in bookshelves and a uniquely shaped walk-in closet/dressing room lighted by a Victorian-style stained-glass window.

The stairs lead down to a central sitting room. The two guest rooms have walkouts and river views as does a one-room apartment with kitchen. Two terraced stone walls enclose the outdoor space and match the curve of the first-floor balcony above them.

Although much of Cavally's furnishings have been removed from the house, vestiges of its flute theme still hang in the concert hall. One is a sculpture made of four old flutes mounted on a circular metal band.

The other -- a portrait of Robert's great-great-great grandfather, the Baron von Burkhardt, holding a flute (of course!) while posing formally with his family -- hangs on the wall just inside the domed and rounded double door that is the main entrance at the back of the house. The Cavallys purchased the 1824 painting by Joseph Anton Muxel of Bonn, Germany, at an Indiana State Fair auction and hung it in the Pitman House.

Because "that picture's a little big for my apartment," Cavally said, she hopes the 6-foot by 7-foot oil painting will stay with Casa Musica's next owner.